The idea stems from North American and European stories originally meant to be parodies of science fiction/fantasy works depicting male wolves in love: the alpha, beta and omega. But the Japanese manga authors have taken the “omegaverse” idea to a whole new level. I get it, but I can’t say that it’s my favourite in the world of yaoi or shounen-ai. Most of the time in this subgenre the uke, generally an omega, is raped by either one or multiple alpha-males that lose their minds when he goes into heat and releases sweet smelling pheromones. Usually, the aim is to get him pregnant whether he’s in agreement or not.
I find the whole “I’m submissive to my partner no matter what he does to me,” along with the animalistic undertones in this type of story less than appealing. The alpha will bite the omega’s nape to claim him as his mate, and then the omega can’t engage in enjoyable sex with anyone else, and in some cases, never again. And if the alpha turns his attention elsewhere, the omega is emotionally and physically hung out to dry. Not to mention his family, friends and society will usually shun him for his uncontrollable sexual behaviour and lack of physical prowess. In this fictional world of socially acceptable abuse, the betas are more or less segregated for being normal. Sexual dominance is the name of the game, and shaming your partner seems to be the only logical means of achieving that goal.
But, to be fair, not every omegaverse story works along those lines, even though the majority seem to. I prefer the touching family drama stories or a completely off the wall plot, for example: when two alphas get together or an omega ends up with a beta.
Anyway, you get the picture. The omegaverse, most of the time, promotes the unhealthy treatment of the weaker sexes. Having said that there are exceptions to this rule. Meaning, there are a number of really funny, sexy, sweet and good stories as well. I’ve chosen only a few of what I’d call fun stories. Of course, there are countless more. 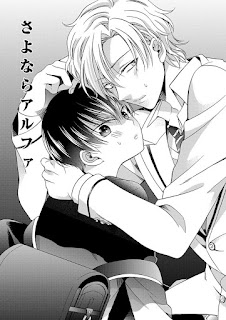 1.Sayonara Alpha by Ichinashi Kimi is labelled as a shotacon yaoi. However, it turns out this story is anything but. Chika lives as an alpha for self-preservation until he saves elementary school boy Haruka, and discovers Haruka is his fated partner. This story is good, both characters are likeable, and the best part is Chika is decent enough to wait until Haruka is an adult before engaging in a romantic relationship. Actually, he has the patience of a saint. 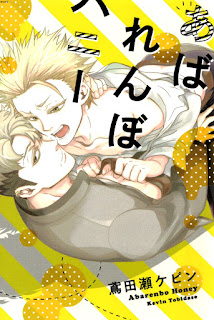 2.Abarenbo Honey by mangaka Kevin Tobidase is a 2015 high school yaoi that first tells the story about Kuma, a tough teddy bear loving omega, who falls for yakuza alpha Hachi. Kuma is a bit flakey, but he’s crazy about Hachi, who actually has a big heart. The second story is about a long-standing unrequited love between Suzume and Mitsurou (Hachi’s guard dog). Both stories have their funny and endearing moments, and each character grows as the story progresses. 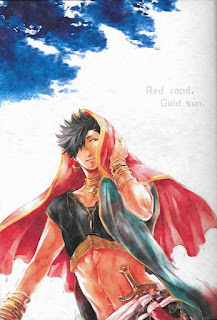 3.Haikyu!! Dj–Red Road, Gold Sun is a doujinshi (self-published/slash fiction) manga by Takamachi and Zenra. Honestly, my first thoughts—this very sweet story deserves a sequel. Not sure if there is one? The setting is somewhere in the Middle East. Kuroo is betrothed to a prince, but along the way he unexpectedly meets the prince’s younger brother Bokuto, who knows that they are fated to be together. The artistry is pretty and the story is worth reading. Red Road, Gold Sun is a HEA romance; no explicit sex. 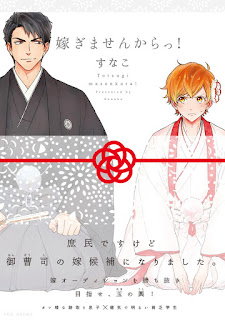 4.Totsugimasen Kara! by Sunako is a shounen-ai all about finding Jin Tenmei, the wealthy young master, a wife. And the least expected of the wife hopefuls, Itsuki manages to catch Jin’s eye. Itsuki and Jin don’t hit it off immediately, but rather travel a bit of a bumpy road getting to know one another to eventually fall in love. The characters are likeable and their personal growth, as well as their relationship,  is fun to follow. 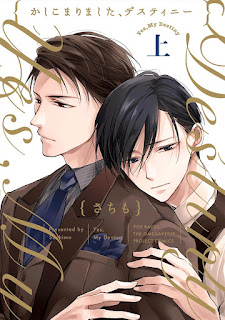 5.Kashikomarimashita, Destiny by Sachimo tells the story of a stubborn young master and his loyal servant. Aoi is the heir to his family, but due to a disagreement with his stepmother, he’s forced to leave the house, and Miyauchi, his childhood butler, becomes his support. After being doted on and served, Aoi finds his position in life reversed, and now he has to work. And the only thing that keeps him sane is his unrequited love of five years for Jirou, the heir to the Saionji family, a leading automobile maker. 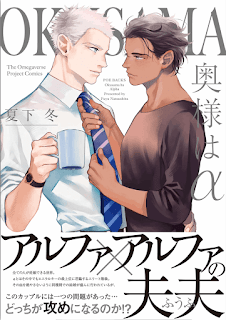 6. Okusama wa Alpha by Fuyu Natsushita is all about a marriage of convenience. A pair of alphas, Takaomi and Kazumasa, are forced to marry so one family can gain financial aid and the other finds recognition. Luckily, both men do find romance amid their families’ needs and thus begin their journey into uncharted territory. Who will top?