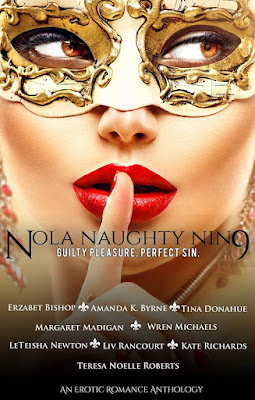 In memory of Amanda Byrne. Let your stories shine on… 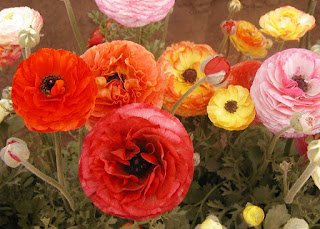 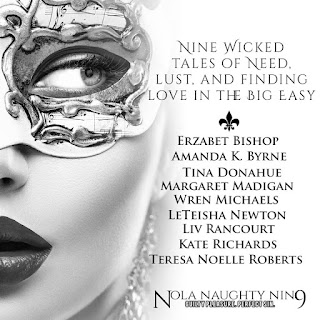 New Orleans gets in your blood. Like sweet chocolate or a decadent bite. Ancient mysteries hide behind hidden doorways, and messy love happens in the dim bar lights of the French Quarter. Follow us through nine tales of love found through need, pain, desire, and inhuman temptations. Contemporary, paranormal, menage, or gender bending, we've got it all, in one perfect package. Just like the city itself.

Bayou Shadows by Erzabet Bishop
Voodoo dreams and buried lies bring Delia to New Orleans. A sexy shifter with secrets of his own might just get her to stay...

Sultry by Amanda Byrne
Ash is really fuckin' tired of being a virgin. Rory's suddenly got an urge to seduce him. But can their friendship survive?

Sinfully Hot by Tina Donahue
A hotter-than-sin reaper. A badass demon. Hell doesn't get steamier than this.

Playing with Fire by Margaret Madigan
When Vlad Golakov is sent to New Orleans to find a missing woman, he plans to get the job done quickly, then enjoy the Big Easy. He doesn't expect to fall in love with the woman-turned-werewolf or teach the pack's alpha that when you play with fire, you're bound to get burned.

Creole Corsair by Wren Michaels
Sabine Chauvet needs closure on her family's past. But when she runs into Jasper Carrington, her old high school crush, the one thing in her past she wasn't searching for finds her instead.

Phenomenal by LeTeisha Newton
We all lose, and it snatches our souls right out our chests. When I lost her, I wanted to destroy the world with the same bloody hands I used to pound my enemies. When I win her back, she won't get away again. I'll risk my life for it.

Change of Heart by Liv Rancourt
Preacher always said New Orleans was a den of sin, so of course Clarabelle had to see for herself...

An Evening at Crossroads by Kate Richards
They broke every taboo, an ancient vampire, an exotic shifter on the run sharing gay romance under the roof of the newest and most daring club in New Orleans

Lion of Frenchman Street by Teresa Noelle Roberts
When saxophonist Peter Lyons invites New Orleans newcomer Kelsey into his world of jazz and kinky sex, his dominance ignites her body and his music speaks to her soul. But Peter's hiding old pain and when Kelsey's offered a job out of town, everything goes out of tune. 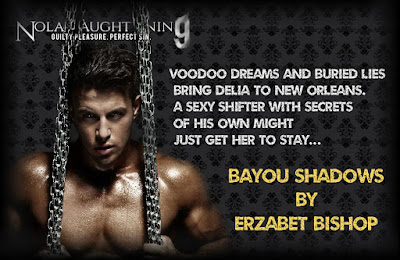 He was wild in Delia’s arms, his body filling hers with an almost violent claiming. His hips thrust against her, grinding his body into hers down to the very root of him.
She cried out, wrapping her leg around his waist as he withdrew and came back again with an animal ferocity that made her want to weep. He lowered her to the ground, careful to pull her skirts beneath her so she wasn’t against the cold ground and fucked and filled her until she bucked beneath him, her fingers clawing at his back as another orgasm tore through her body in waves.
Stefan roared, his hips thrusting forward in a final push, his body emptying inside hers, filling her with his seed. He lowered his head to the soft flesh of her shoulder and sank his teeth into her, holding on as the waves of pleasure and pain carried them both to another place and time.
Something shivered to life and broke inside her, and the power of his touch awakened pieces of her soul she hadn’t known existed. The broken shards of Charles’s shattered spirit melded with her own, but so did the lineage her mother had tried so hard to protect her from.
A black man with long braids flowing loose around his head, dressed in a suit and bright red dress shirt, winked at her in her mind’s eye, his lips twisted up into a devilish smile.
“Welcome, daughter.” He laughed, throwing his hands out, the host of spirits of swirling around him like they had her all her life.
She heard her mother’s voice in her mind again.
There is a why, baby. Someday you’ll understand. Then it’s up to you.
Papa Legba. Conduit to the underworld and master of the crossroads.
Her father.
Image after image tumbled into her mind. The lineage of the Maries in one long vision Delia could hardly keep separate—so she didn’t bother trying. It was a part of her,  like the ghosts and the caramel color of her skin, and it would take her a lifetime to understand it all.
But she would have time.
Stefan would see to that. Just like she would make sure they had a future.
The sound of drums rumbled in the distance, and she laid a hand on Stefan’s back as he froze.
“You hear it, too?”
“We have to go.” He stared down at her with eyes bright as the moon above. “They’ll be here soon.”
“Who?”
But, even as she asked the question, Delia knew the answer. Her people were coming and they were coming for her. Because if they didn’t, there would be hell to pay. The darkness was here and it was hungry for blood. 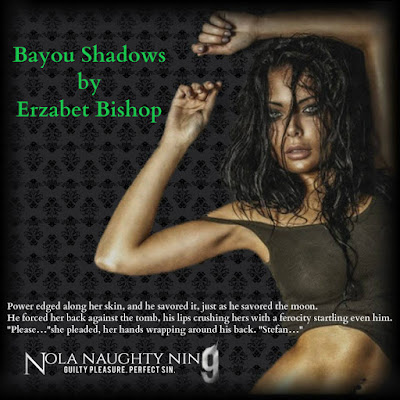