Gay fiction really isn’t new. It’s been around since ancient times, except perhaps that by modern standards what we read now is more explicit. But, for its time, the stories were considered risqué and they were written by men, and generally, most didn’t have a happy ending. There was flirtation, love and sex, but at a different level than what moderns readers are accustom to. Remember, true to form, same sex relationships in the past were forbidden by many cultures as they still are today. As time went on and literary tastes became more idealized, each genre began to develop specific guidelines. Probably one of the most famous stories that more or less follows the traditional yaoi guidelines with its brutally sad ending is the classic Ai no Kusabi. Written by Rieko Yoshihara, the turbulent relationship between Iason Mink (blond) and Riki (pet) is full of angst and denial, but also love. Iason is the typical domineering seme who does everything within his power to control Riki because he can’t control what he feels. And Riki is conflicted, because he’s afraid of what he really desires from Iason. Whether you read the book or watch the OVA, get out a tissue you’re going to need it. 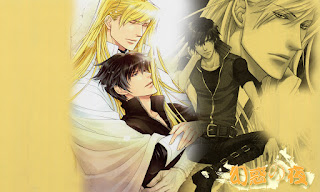 12. Slow Burn:
The best example of a slow burn that comes to mind is: Does the Flower Blossom? Art and story by Shoko Hidaka, this yaoi does take its time, so have patience. The main character Sakurai had his heart broken once, long ago. He’s a workaholic, smokes like a chimney and is slightly jaded in his thinking. But when he meets a young painter, his world is turned upside down. It will take a bit to get into this story, but once you do the reward is thoroughly fulfilling. And if you're the same as me and in to the older man/younger man trope then I think you'll find Does the Flower Blossom delivers in spades! 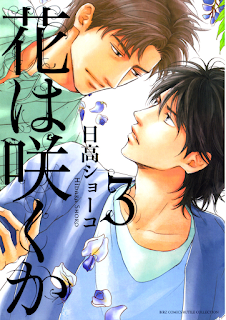 If you’re strictly a pure romance person and you want an interesting plot with endearing characters, I highly recommend Kizuna – Bonds of Love by Kazuma Kodaka. This critically acclaimed older manga series, and not to exclude any of Ms. Kodaka’s other works, is one of her best in my opinion. Kei Enjoji is the epitome of the sarcastic laid-back seme and his lover Ranmaru is just what you’d expect from a gorgeous feisty bottom. With lots of side stories, in-depth character history, great art and hot sex scenes, what more could a yaoi lover want? 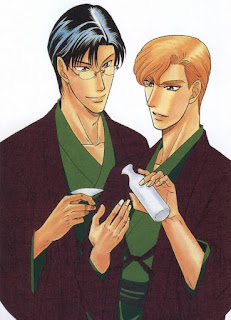 14. Hopeless Virgin:
I know if you’re a manga-holic, no matter the genre, you’ve come across the hopeless virgin. That seemingly introverted, self-alienating character who stumbles through life botching everything chance he or she has to capture the attention of the person they want most. Now, if you take that virgin and add intelligence laced with naivety and a lack of self-confidence, you’ll have Yamashita from Porno Superstar. And, no virgin uke’s existence would be complete without a loud almost obnoxious seme who loves to intimidate, chasing them. Ryuuichi, for all his poor personality traits, makes an ideal partner for Yamashita. This is another yaoi I’ve read numerous times and it never fails to bring tears to me eyes. Mangaka Nanami’s art is simplistic but beautiful, and the steamy scenes are abundant. 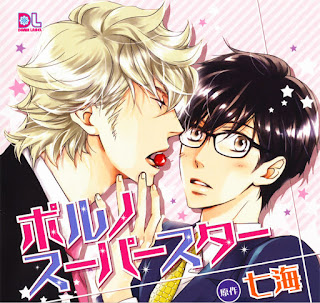 15. Nonconsensual Sex:
To put it politely rape is a prominent element in many yaoi stories, as well as in bara. Actually, it’s in many genres of manga whether hinted at or explicit. Basically, in the case of yaoi, the seme physically forces his feelings on the uke. And, honestly, I’m not a fan, especially when the uke immediately falls for his rapist believing that he is somehow at fault and his rapist truly loves him. Uh huh, well, we all know how realistic that sounds. Not. In Nekota Yonezou’s Hidoku Shinaide Maya does have non-consensual sex with Nemugasa right at the beginning, and I almost stopped reading. But, I really love this mangaka’s work, and I wanted to see whether the rape was gratuitous or if it would be a pivotal incident to the plot, and suffice to say it did, considering where the story went and how the characters developed. If you keep an open mind, I think you’ll find Treat Me Gently, Please quite enjoyable. And OMG is Maya hot, especially when he enters college! 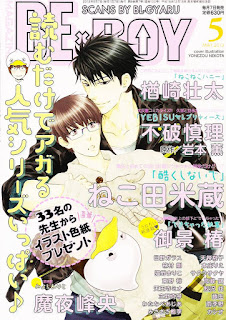