My new book was released June 11th by Yellow Silk Dreams Publishing in ebook and in print. The reviews are have been rolling in and I am humbled. I am so glad it is being met with such a warm reception. Thank you so much.

Moonbeams of Unintended Consequences Is the story about a young woman who meets a young, rising black opera star post-symphony at an elegant reception held in one of the symphony benefactors mansions in San Francisco. 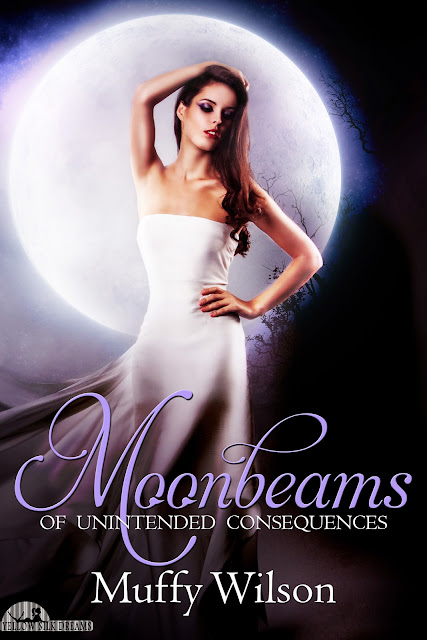 SHE wore a flowing, form fitted white spaghetti strapped
gown that cascaded in tumbled silken folds to her abdomen and revealed her
breath in the soft rise of her alabaster breasts. Her eyes reflected an emerald
depth with gold flecks that edged to hazel and were framed by neat, arched
brows that narrowed to her temples where her heartbeat announced the rhythm of
her life. Her only adornment was a starkly white gardenia nestled in the curves
of her auburn. The heavy floral fragrance of the corsage announced her arrival
as she glided elegantly to her aisle and settled, like a dove, into her center
seat. She was alone…but not for long.

HE was a towering, self-assured giant of a black man, chest
broad and arms outstretched in opulent black leather. His intense black eyes locked
irresistibly onto her and declared his hunger. The opera house erupted with his
full bass-baritone harmony. His musical seduction began, and his hypnotic gaze
was met by her eager response as she answered his desire with a blush.

THEY spent an insatiable night together in Room 457 of
the Historic Whitcomb Hotel locked in a magnetic embrace riding moonbeams of
passion and ribbons of desire that wove them irretrievably together in ways that
only the future would disclose—a future neither of them ever anticipated. Would
the secrets of the past, of that one night, prove too much to bear as the future
unfolds the truth and the depths of her desperate need?

Would the life and death struggle she faced overshadow
the seeds of love planted a decade earlier? 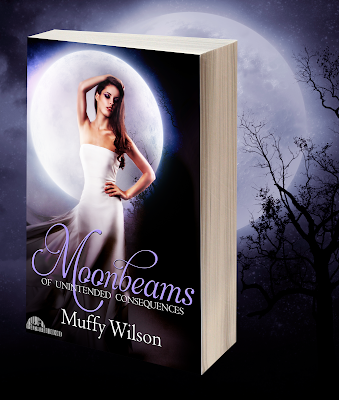 Sensual,
passionate, timeless....
Sensual,
passionate, timeless.... Muffy Wilson makes the reader feel as though he/she is
in the room with all the characters. This lovingly written story of love,
family and healing is so well told, you will find it hard to put down. Your
heart will long for more and you wants to continue reading. Reading it out-loud
with my partner makes it more real than reading in silence. It is a story of
love, sacrifice and transcendence - enough to mend a broken heart. I highly
recommend this book.
~ Yoong
"book worm"

Love
between Strangers: A Timeless Romantic Expression
This book is a
wonderful characterization of love between strangers, a timeless romantic
expression that brings all lovers to the same destiny. This is the story of struggle,
the telling of a long kept secret, the humbling sublimation of asking for help,
the private struggles of a man torn by love and pained by loss. It is the story
of how children can knit broken lives together with love and the ancient,
precocious innocence that only children possess. It is the story of growth,
love, passion and submission.
It is a story of the struggle between love and acceptance with a poetic
elegance similar to that of Jane Austen. And I loved it from the dedicati
on
to the final page.
~ PA Jiuditta

Romantic,
sexy, but so much more...
Muffy asked me to
give this book a critical reading pre-release, and I was pleased to find it is
a book with a full plot and a range of realistic characters. Romantic, yes;
sexy, yes; but so much more. A book you can get your teeth into.
~ Jacqueline
George

I
fell in love with from the beginning to the end of this ...
This story takes
the reader on a pleasurable cruise of a renewed romance brought to the reader
from the past of two characters. I fell in love with from the beginning to the
end of this book. Muffy Wilson as the captain brings us passion and hopes for
renewed love through the descriptions she intricately blends, savoring our
palettes with delicacies we never forget. We are catered to hopes for a cure
for Jordan’s daughter and what it might mean to her long lost lover.
Complications seem insurmountable, but with each turn of the page, a new
horizon is seen, bringing a mood for hope and continued passion between the
main character, Jordan, her daughter, Lily, and the man from her past, who will
steal your heart with his compassion, love, and understanding. I was blind by
the interracial relationship, observing the man who is more than an ordinary
man. He gives us hope for Jordan and Lily. Muffy guides us through treacherous
obstacles, only to restore our wishes for her sacred love and survival of her
daughter and the resolution of a love affair from the past that is renewed with
each page I turned. I full-hearted give Moonbeams and Unintended Consequences
5 Stars. I
thoroughly recommend this book to everyone.


Returning from France with her
family, Muffy finished hig
h
school in Northern California and attended the University of
California
, Davis, and majored
in
Business Management. Muffy entered the work force, independent with a fierce
work ethic, and retired at 39 from IBM as a Mid-West Regional Director in the
Real Estate and Construction Division. She and her husband moved to a small
Island in northern Wisconsin where they owned a historic tavern, restaurant and
resort business which they since have sold. They now live a charmed life by the
water in SW Florida.
Muffy
pretends to be a serious real estate business person but, in real life,
indulges her private interest in writing sexy short stories and sensual
literotica ~ Live, Laugh, Love with Passion.