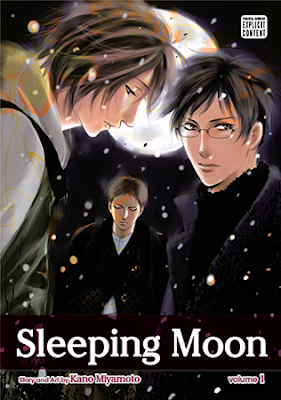 Sleeping Moon Vol. 1 & 2 or Nemureru Tsuki by mangaka Kano Miyamoto is supernatural mystery that involves three men all from the same family, one from the distant past and two living in the present. 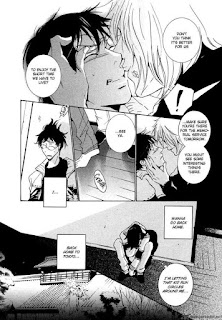 BCB:
In order to solve the mystery of a rumored curse that brings early death to the male descendants in his lineage, Akihiko Odagawa goes back to stay in his family's ancestral home. One night, he experiences a time slip that lands him 100 years in the past! There he meets Eitarou, a student from the Meiji Period who is also trying to solve the same mystery. Bridging the gap between the past and the present, the two men traverse time and space as they work together to unravel the family's secret. 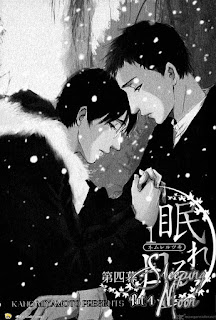 Intelligent and reserved by nature, Akihiko arrives at the family’s home where his aunt and her children live. His cousin Ren, a strange character who can see things most people can’t, may have the answers he seeks. While delving into the family’s past, he and Ren, much to his initial distaste, wind up in a relationship due solely to Ren’s perseverance. Akihiko is persistent in his quest, and Ren is leery for understandable reasons, considering how the men in their family always die young.
The drawings are quite intricate, the characters quite beautiful, and the sex, not explicit, but romantically hot. Akihiko is adorable and sensitive, while Ren is anxious for his affection, but also protective, and Eitarou is mature with old school charm. All three men are equally attractive and I found myself rooting for all of them. I don’t think it would’ve mattered who Akihiko went with in the end until I read Sleeping Moon Vol. 2 through a second time (it’s always the second run when I really notice the smaller details). And that’s when I realized how much Ren loves Akihiko, and I was happy that they remained together. One part I didn’t like is how the author left Eitarou’s life somewhat hanging. But, if you search online there is an extra chapter to the story not included in Volume 2 that is about Eitarou. 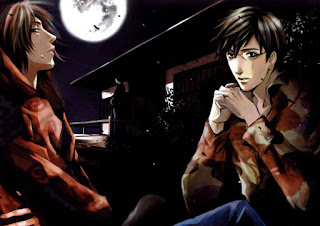 Sleeping Moon is unique because it has two distinct plot lines: the family’s curse and the love story, both of which make this supernatural yaoi a treat to read. And what makes it distinctive is that the love story plays secondary to the curse, even though both are almost perfectly entwined. In most yaoi the love story is the main theme. I enjoyed Sleeping Moon; the mangaka’s style is different and her ability to weave an interesting yarn, excellent. However, I wish the ending were different. Four stars!