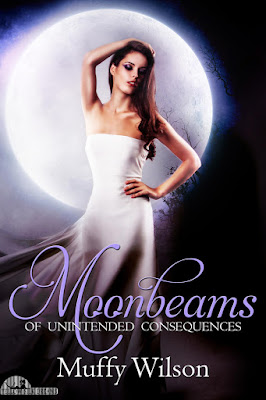 SHE wore a flowing, form fitted white spaghetti strapped gown that cascaded in tumbled silken folds to her abdomen and revealed her breath in the soft rise of her alabaster breasts. Her eyes reflected an emerald depth with gold flecks that edged to hazel and were framed by neat, arched brows that narrowed to her temples where her heartbeat announced the rhythm of her life. Her only adornment was a starkly white gardenia nestled in the curves of her auburn. The heavy floral fragrance of the corsage announced her arrival as she glided elegantly to her aisle and settled, like a dove, into her center seat. She was alone…but not for long.

HE was a towering, self-assured giant of a black man, chest broad and arms outstretched in opulent black leather. His intense black eyes locked irresistibly onto her and declared his hunger. The opera house erupted with his full bass-baritone harmony. His musical seduction began, and his hypnotic gaze was met by her eager response as she answered his desire with a blush.

THEY spent an insatiable night together in Room 457 of the Historic Whitcomb Hotel locked in a magnetic embrace riding moonbeams of passion and ribbons of desire that wove them irretrievably together in ways that only the future would disclose—a future neither of them ever anticipated. Would the secrets of the past, of that one night, prove too much to bear as the future unfolds the truth and the depths of her desperate need?

Would the life and death struggle she faced overshadow the seeds of love planted a decade earlier?

Muffy Wilson
Well, I have finally finished my new book and it will be released by the end of May by Yellow Silk Dreams Publishing. Moonbeams of Unintended Consequences Is the story about a young woman who meets a young, black opera star post-symphony at an elegant reception held in one of the symphony benefactors mansions in San Francisco.