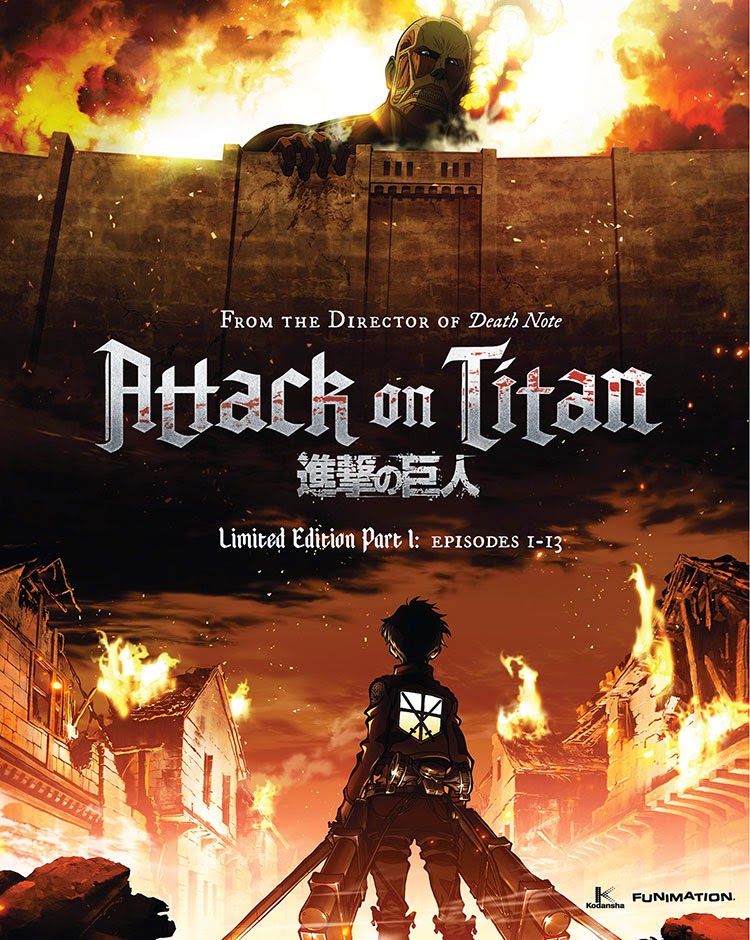 Currently, there are two pairings in slash fiction, which have become hugely popular, ErwinXLevi and ErenXLevi. Generally, the pairings are labelled Eruri and Ereri. And it never fails, but these characters pop up whenever I surf the Internet for new manga to read, especially yaoi. To explain further they’re gay pairings, hence my reference to ‘slash’ fiction. Anyway, the doujinshi, slash fiction, and naughty artwork is fabulous, trust me. But I wanted to find out who Erwin, Levi and Eren are, and why they’re so damned popular. Four days ago, I did a Google search and discovered they are characters from a manga series called Attack on Titan.

Dictionary: Fan Fiction (also informal fanfic) noun fiction written by a fan of, and featuring characters from, a particular TV series, movie, etc.
Wikipedia: Slash fiction is a genre of fan fiction that focuses on interpersonal attraction and sexual relationships between fictional characters of the same sex. 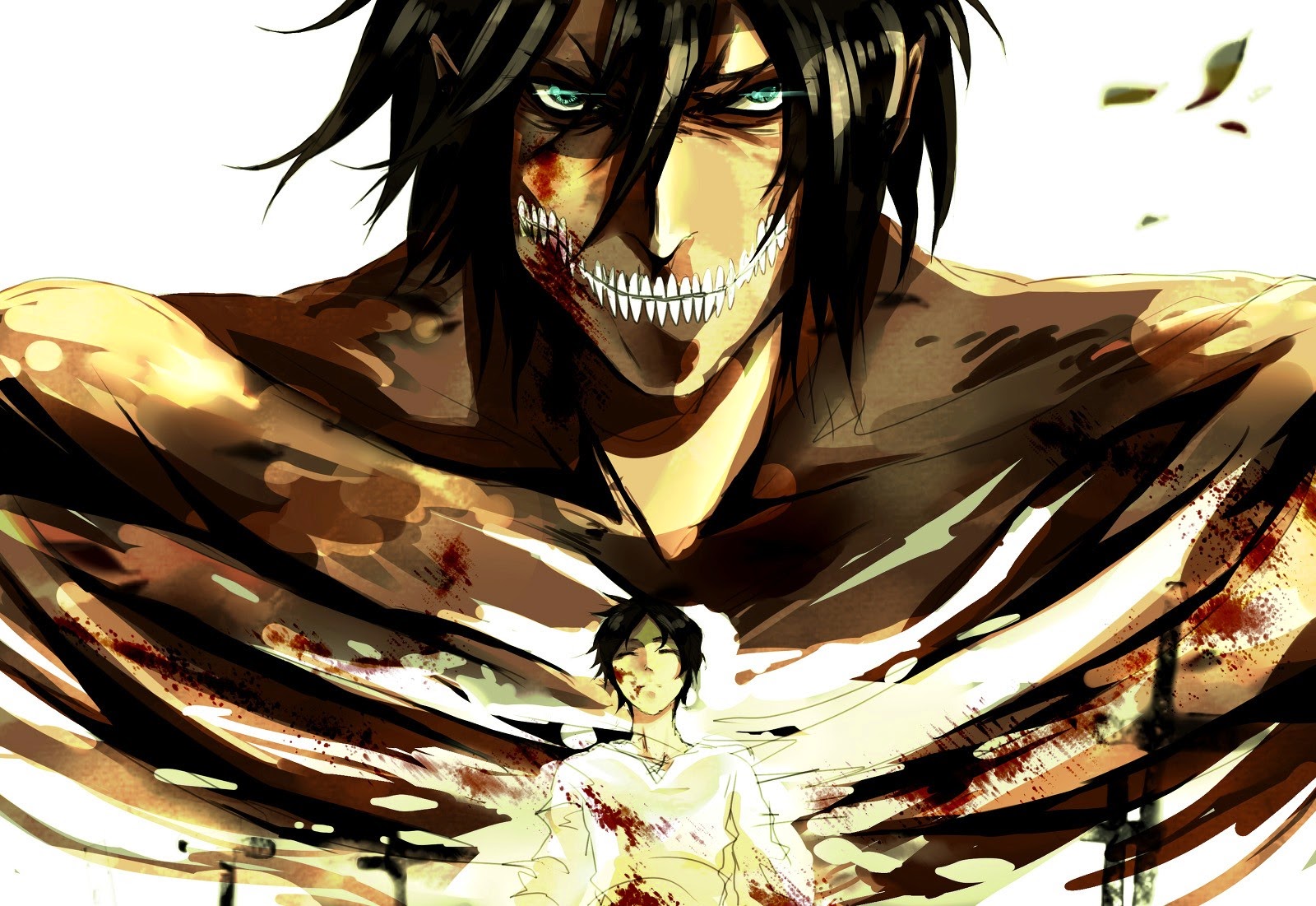 Some of you might have heard of this extremely popular Japanese manga series written and illustrated by Hajime Isayama. If not, now you have. My son’s friends are in to it big time, as are many other people, teens and adults alike. And, I admit, my own curiosity was sparked when I accidentally came across a live action movie trailer for the story. Movie Trailer Link: Youtube After which I watched the series on Netflix. That’s what I did in the last four days. I edited for four to five hours, then took a break and watched four to five episodes of AOT. Now I intend on reading the manga and, I’d like to see the live action movie, if and when it makes it to North America.

Wikipedia:
The series began in Kodansha's Bessatsu Shōnen Magazine on September 9, 2009, and has been collected into 15 tankōbon volumes as of December 9, 2014. It is set in a world where humanity lives inside cities surrounded by enormous walls as a defense against the Titans, gigantic humanoid creatures who eat humans seemingly without reason. The story initially centers on Eren Yeager, his adopted sister Mikasa Ackerman, and their childhood friend Armin Arlert, who join the military to fight the Titans after their hometown is invaded and Eren's mother is eaten. However, as the story progresses and the truths about the Titans are slowly revealed to the reader, the main narrative shifts, centering increasingly more around Historia Reiss, one of the top soldiers from the Survey Corps and the youngest child of the ruling family within the walls, of which the long-kept secrets are directly connected to the origin of the Titans and the lost history of the world.
BCB:
For eons, humans ruled the natural world. But a century ago, everything changed when the Titans appeared. Giant, grotesque parodies of the human form, these sexless monsters consumed all but a few thousand human beings, who took refuge behind giant walls. Today, the threat of the Titans is a distant memory, and a boy named Eren yearns to explore the world beyond the wall. But what began as a childish dream will become an all-too-real nightmare when a Titan finally knocks a hole in the wall, and humanity is once again on the brink of extinction.

Review:
Why is Attack on Titan so popular? In my opinion, it’s because it’s so damned cool! Honestly, the television series was incredibly well done—the blend of 2D backgrounds fully integrated with 3D characters and the real-time animation made it visually stunning. But, of course, I’m an old-timer. I’ve been an anime fan since childhood. However, that doesn’t mean every animation I’ve seen is worth mentioning. But in this case it was more than just the artistry, it was also the plot and characters. Attack on Titan is a great story—one that starts slow, then flies out of control. It’s got everything: the reluctant but badass hero, the straight shooter, faithful sidekicks, money-grubbing merchants, an unappreciative public, religious zealots, freaky creatures, a corrupt police force and government, and the ultimate bad guys. And Eren, one of the central characters, real abilities and purpose remains a bit of a mystery. 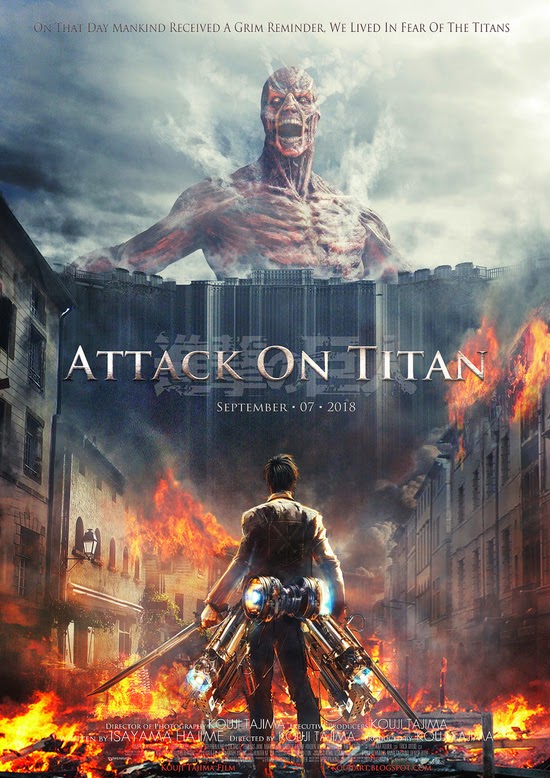 What I didn’t like: the long-winded valourous speeches that crippled the action scenes, the snivelling and self-loathing that also ruined the pace, and the constant recapping at the beginning of almost every episode. Which wasted five minutes every time. I believe that those old familiar tropes were added on purpose, because the fans wanted it or at least the producers thought they did. Well, not to throw a monkey wrench into the gears, but ah…I could’ve done without them.
As for the characters, I'd say there only three that really do it for me. Eren is driven and controlled by his emotions, but if he can get a grip, he will do amazing things. It took me a while to warm up to Captain Levi and his beady little eyes. In the beginning, he came across as a ruthless killer, but near the end of the series, I actually grew to appreciate him. And Mikasa is one kick ass biatch. If I was ever in at war, I'd want her beside me.
Anyway, setting all the good, bad, and ugly aspects of the series aside, Attack on Titan is truly unique—asexual, gigantic, disproportionate humanoid looking beings eating and destroying mankind—it gives me shivers just thinking about it! I love the concept and the titans. Five stars!