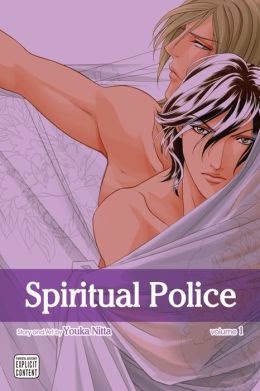 Spiritual Police Volume One is a paranormal yaoi that pulled me one direction part way through and then the complete opposite by the end; story and art by Youka Nitta. Volume one introduces two strong lead characters: rookie police officer Nagatsuma of the CIU, and a partially blind psychic masseur Aoi, that can sense medical issues when he touches his patients. Nagatsuma is referred to Aoi by his senior partner. Aoi examines him and quickly assesses Nagatsuma is stressed, because he’s far too kind for the line of work he’s chosen; he over thinks and worries too much. After that initial meeting Nagatsuma’s stomach feels better and he returns to work. He sees Aoi again for another session while he’s off duty, then he receives a phone call; he’s called to work for a serious case. Aoi senses something and touches him, and that’s when he sees an omen (a bird), and warns Nagatsuma to be careful of the bird. 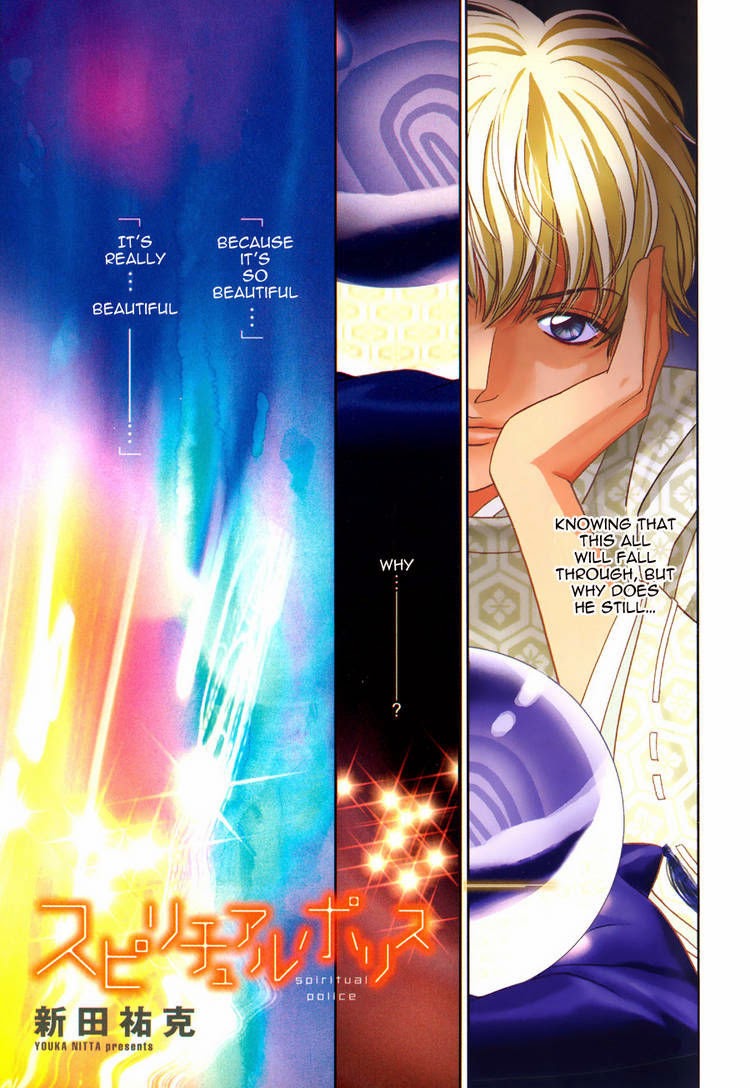 The plot is somewhat complex, which isn’t unusual for Youka Nitta, a mangka that seems to thrive on creating heavy drama and always with a twist. One of her longer and most popular series HWD is a prime example of her flair for the dramatic. Getting back to the plot, the first volume leaves clues, but gives no solid answers and ends with a cliffhanger. Then the second volume picks up where the first has left off. Nagatsuma, who is supposedly in love with Aoi lets several other men screw him, while he wallows in what seems to be self-pity. I’m not sure if it’s a pity party or the indiscriminate sex that will eventually advance the story, but at this point none of it makes sense, which left me, the reader, wondering what the hell will happen next. And, his actions pissed me off. It’s almost as if the author took a wrong turn down a dark alley and got lost. 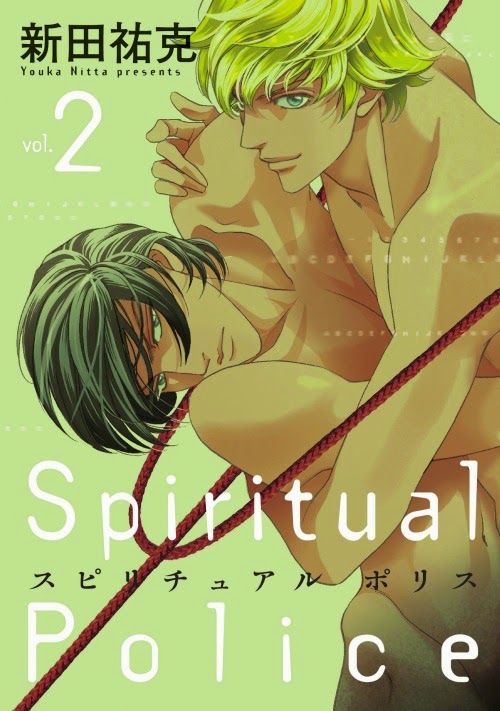 And that’s why I don’t know quite what to think. Volume one was great—beautifully drawn—only the best, as you’d expect from Ms. Nitta. Even the story caught and maintained my interest, but after that…it’s anyone’s guess. I do like the characters, so I really hope in volume three there will be some believable explanation for Nagatsuma’s actions. If not, it’s just smut used as filler.


As for Aoi, he lost his entire family and from the shock went blind; his condition is psychosomatic and if he can get past that incident, he will see again.
If you use a little of your own psychic ability you'll be able to figure out where this yaoi is leading. At the end a man holds him hostage in a cage, vowing he can never get out, especially if it’s discovered he can really see and has been lying the whole time. Now I won’t say any more, because I don’t want to spoil the plot. Five stars for Spiritual Police Volume One, and Volume Two gets two stars. 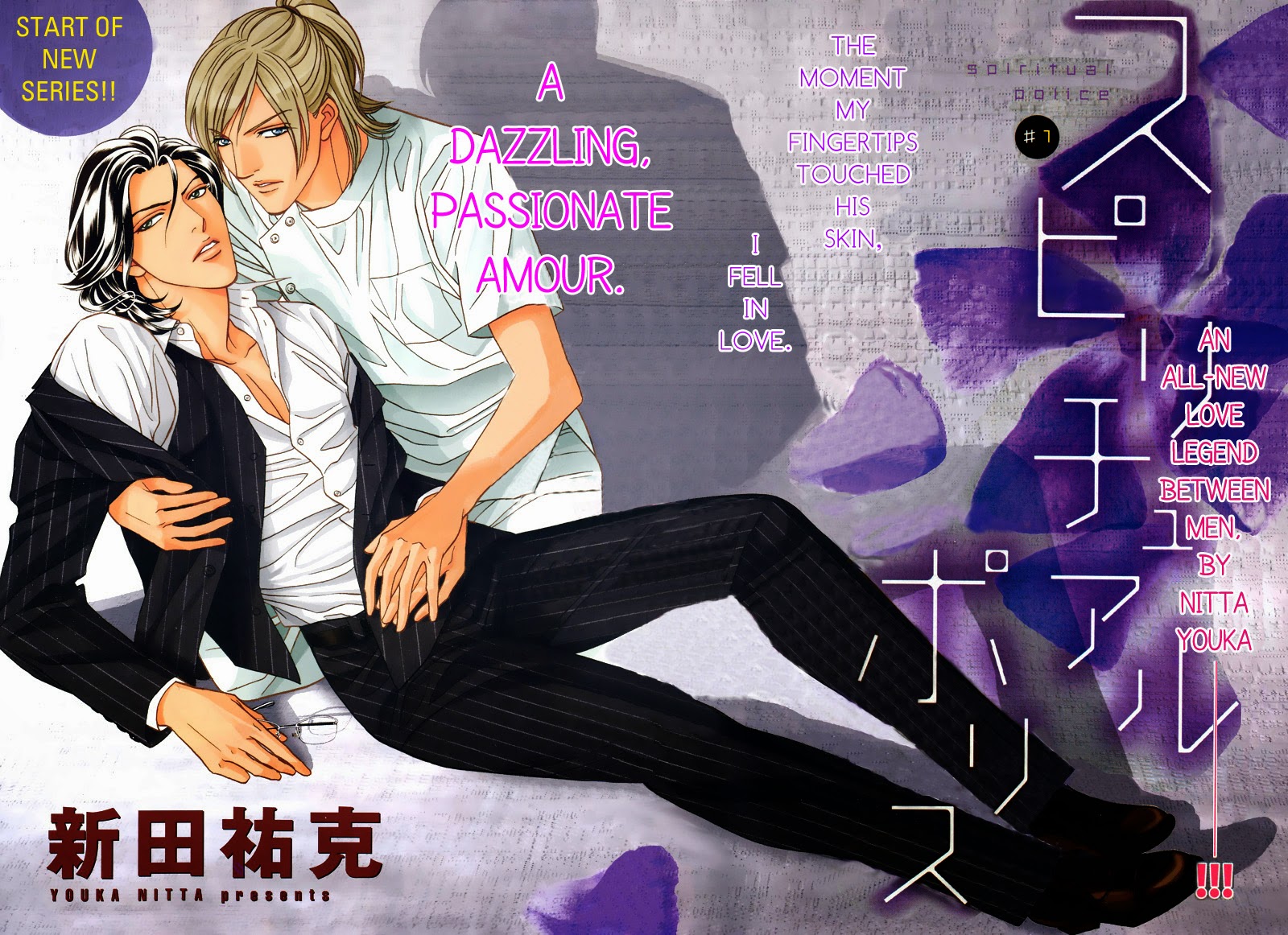