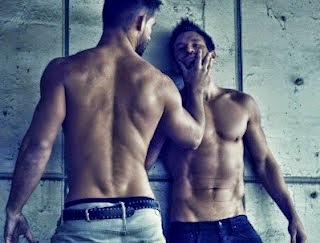 The first time I experienced real love or I should say, what I thought was real love, I was scarcely sixteen and he was twenty-one. It was an on again/off again rocky ride that lasted just shy of two years. I won’t go in to gory details, but the first time I came to and found my face had been bashed into the side of a car door, I should’ve walked away. It wasn’t ignorance or the fluffy feelings of love that kept me in the relationship, but the embarrassment of the whole situation, and the fact that for a brief time, I truly believed his bullshit, that it was my fault, that somehow, I had brought the whole fucking mess upon myself. Yeah, right. After I woke up and realized how bad we were together, I changed. Unfortunately, I ended up becoming as violent as my abuser for a time until I finally just left. It was either him or me. Does this situation sound familiar?
Abuse can happen to anyone and, as you can probably guess, it’s a subject that I’m vocally passionate about. No one, and I mean no one, has the right to tell you what to do, who your friends should be, how to dress, or what to eat. Neither do they have the right to manipulate. Abuse can manifest in many forms: physical, sexual, emotional, verbal, and psychological; words spoken with subtle, threatening undertones and/or of control, or it can be swift and painful.
This is a touchy subject for some and especially those in the gay community. For instance, did you know that one in ten gay men are abused, or have been abused, in some form by their significant other? Mind you, the stat is just an educated guess because regrettably most men, and in particular, gay men, don’t like to tell anyone they’re being abused, and secondly, some men don’t even realize they’re being abused. When a man abuses his partner most people, and this includes the police, honestly believe it’s consensual, that the victim actually enjoys it. This is in reference to BDSM. There’s a twisted assumption out there that gay and lesbian couples are automatically into kink due to their sexual preference, so abuse is a natural part of their relationships. Others poke fun and think it’s a joke, thus enabling the abuser to continue.

Here are the sobering (US) stats:

Domestic violence among gay and lesbian couples is approximately twenty-five to thirty-three percent and is as commonplace as it is in heterosexual relationships.

Physical size and stereotypical ideals have nothing to do with who the abuser is in a relationship.

Even though the rate of same-sex abuse is similar to heterosexual abuse there are fewer ways to protect these men and women thanks in large part to judicial prejudice.

There a seven states that define domestic violence in such a way that it excludes same-sex victims.

The abuser in these relationships uses the same method and weapons to control the victim, no different than heterosexual relationships—family, friends, etc.

I could go on and on spewing stats and the myths and reasons behind them, but I don’t feel it would do anyone justice. The simple truth…we seriously need to take a long, hard look at our laws, and we need to reeducate our leaders, law enforcement officials, and anyone else who is in a position to change things. There are men and women out there who are abused on a daily basis. They’re scared and they’re alone. Hell, there are straight men and women and children trapped in the same disturbing situation. If you witnessed…say a man abusing his partner what would you do? Would you step up to the plate?
Anyone who has lived with abuse can relate to that feeling of empty worthlessness—the fear and loneliness. And most, desperately want out of the relationship. But perhaps, they feel a sense of confusion because they don’t know where to turn. One step in the right direction is awareness. If you have a story to tell, I dare you to share it with someone else, someone that is possibly facing abuse or has faced it. Sharing encourages the healing process. Remember, everyone deserves respect. And, everyone is entitled to a loving relationship!