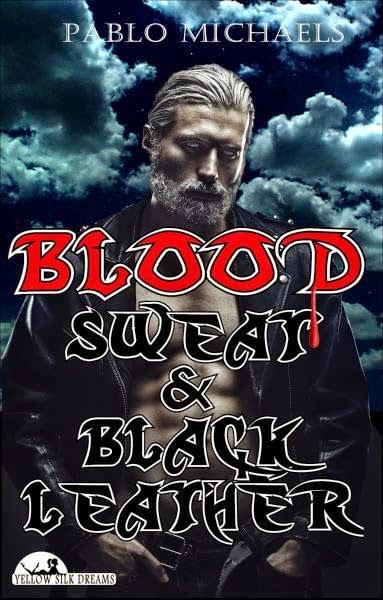 'Will an aging gay man discover the meaning of eternal love and youth among the living dead?'

Blurb:
Damien Lieberman has moved back to his parent’s house after they were killed in an automobile accident. A rare typhoon is poised to strike the San Francisco Bay Area on All Hallow’s Eve. Damien wants to return to the city to rekindle his relationship with David Wilder after breaking their vow of monogamy, but Damien has lost his job. After continuous rejections from David, Damien seeks love with a new man, futilely, while gay men are dying from a new disease, AIDS.
While Damien observes the approaching storm from the terrace of the house, dwelling on his past failures and current woes, a man, from Damien’s past, balances magically on the railing of the fence and jumps to the deck next to Damien. He recognizes this stranger as a man he pursued, while David was building a new relationship with another man. It was Gabriel. Overwhelmed with his youthful beauty and strength for a man equal in age to himself, Damien fails to notice – Gabriel Tivoli’s paranormal powers. Damien has not only lost his youthful physical appearance but he has lost optimism and his "Peter Pan" personality, something Gabriel loved when they first met.
Gabriel promises to restore Damien’s youth, beauty and love eternally, if he promises to love him in return. When Gabriel asks Damien to meet him in the nearby cemetery at midnight on Halloween, Damien sees Gabriel as his new chance at love. But will the aging gay man attempt to restore his relationship with David? Or will he have faith in Gabriel Tivoli? Will he discover the meaning of the living dead? Will he abuse his paranormal powers and be sentenced to death by the elders?

Author Bio:
Although in his 60's, Pablo has the energy of a 35-year-old man. Writing is a major part of Pablo's life.
Pablo went to many colleges and had 10 majors until he graduated with a Bachelors Degree. He furthered his studies in city colleges and state universities, emphasizing fiction writing and landscape design. Pablo lives with his husband of sixteen years on a country street in the middle of the urban metropolis, the San Francisco Bay Area. For twenty years Pablo worked and played in San Francisco, furthering the development for culture and diversity. In the 1980's he wrote stories and poetry constantly while he worked two jobs. In the early 2000's Pablo began drifting away the mainstream and into a perspective of gay subculture, inspired from his own experiences and the writing of his peers. Pablo continue to write today has published three books.

Pablo retired from gardening and landscaping to devote his energy to write fiction. As a gay man I wish to promote my writing in the fictional, gay genre to help others understand the necessity for equal rights for LGBT people and comprehend that love between a man and a man, people of the same sex, is as natural as love between a man and a woman. Throughout my lifetime I have experienced the long battle of achieving acceptance. I have searched for a committed relationship with another man. I have loved my partner for eighteen years. We were married legally in front of Harvey Milk's bust in the rotunda of San Francisco City Hall by a judge, in 2008. Although our marriage remained legal after the passage of Proposition 8, we continued to work to repeal DOMA and Prop. 8. Throughout my life I have attempted to live and practice peace as a process for living.