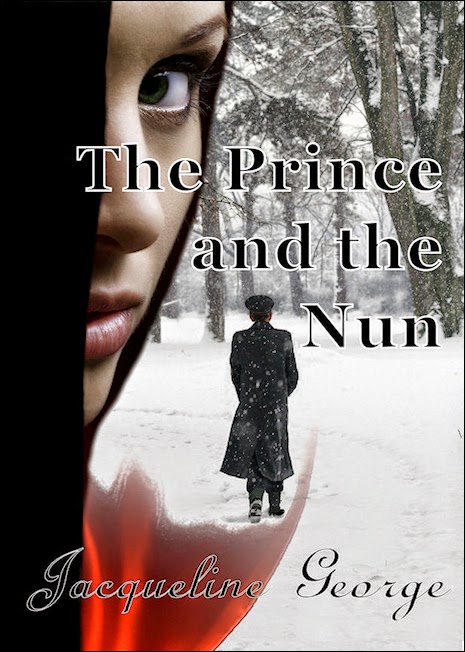 Therese used to be the Mother Superior of the Convent, but war has come and the army has taken over most of the buildings. Worse than that, they have blackmailed her into running a bordello with some of the younger sisters. The war has been tough for everyone. The security police have been hard on the villagers, and have behaved even worse to the Jewish population. In turn, they have all brought their troubles to Therese’s door and she has become their guardian. Now Christmas has come and she has a chance to reflect...

As she wrote, the feeling grew at the back of her mind that this would be her last Christmas in Montebello. Before, the Convent had been her family; now the family had changed a little to be the girls, Mefist and the Army. In her heart, she knew that things could not stay the same or ever truly go back to the past. The Army would move on, and who would own her next Christmas? Her mother and father no longer seemed remote and shut away forever; she might find herself at home again. She recognized with a start that she was not even considering returning to her nun’s life, even though that was clearly where her duty lay.
Mikhail disturbed her. “Your Honour, we’re just bringing the Christmas trees in. Will you be wanting one up here?”
Mikhail stood and watched as the men wrestled the tree up the stairs and nailed supports to the trunk. “We delivered that table to old Isaacs house yesterday, Ma’am. Beautiful job it was, though I say it myself. We used some oak that old Tomaszek had put aside soon after we got back from the Great War. Lovely timber it was, but hard as nails. The lads worked hard on it too, for Miss Rebecca’s sake. Finished it so you can see your face in it. Proper job it was.
“The Prince gave us a truck to carry it down to the village, and old Isaacs was beside himself when he saw it. Devil of a job to get it into the room, and we had to get the old one out as well. He wouldn’t keep the old one, you know. I tried to buy the timber off him, but he wouldn’t have it. We don’t see mahogany like that in Krasna Dolina, and I’d have liked to use it. Could have made a pair of cabinets from it, it was so thick, but no. He made us saw it up and burn it in the garden. A wicked waste but, I don’t know, I’d probably feel the same if it had happened to any of my girls. I hope that black policeman froze in the forest, but let’s not think of such things at Christmas.”
“You’re right. Drazevich has gone, and Rebecca seems to have got over it all. Now, call the men over and we’ll have some Christmas spirit.” Therese lined spirit glasses up on the bar and poured them brimful with schnapps. The schnapps disappeared instantly, and the men stood expectantly at the bar. It would have been churlish not to refill them, but she took her time over it. The castle workers were renowned for their ability to absorb spirits. “So here’s to you all at the end of a very strange year.”
“Yes, Your Honour,” they answered.
“Very strange year,” echoed Mikhail thoughtfully, “and I expect we’ve got worse coming. We’re lucky to have you to stand up for us, Your Honour. So a Merry Christmas for Mistress Therese is what I’ll be drinking this year.”
“Yes, yes, Merry Christmas, Your Honour!” the men chorused as they tramped down the stairs.
She was clearing the glasses when Timko appeared with the post. Mostly Christmas cards, pretty things she loved to get and that she would hang with the girls’ cards over the fire. There was also a perfumed letter that she tore open eagerly.
My Dear,
The war is becoming such a bore. They had the bad taste to drop bombs on us yesterday. Fortunately they were not interested in the old city but seemed to be trying to hit the railway station. I can’t say our hearts were full of martial vigour as we cowered in the cellar waiting for the planes to go away. The whole business is pointless and dirty. The prospect of the train journey home is just too awful to consider, so I am begging a place for Christmas with you and Franz at Montebello. I am planning to arrive on Friday, so please don’t turn me away.
I must rush because there is a darling lieutenant who has promised to provide me with tickets, passes, escort, all the things a travelling girl needs. He comes from a poor local family and is quite unsuitable, but he is such an enthusiastic lover it’s all I can do to hold myself back and look demure. After an afternoon with him I am exhausted; my knees are shaking, and minette is stretched and tingles as I walk. So I’m sure you’ll understand why I must hurry off!
Please warn Franz and give my love to all the girls. I can’t wait to see them all again, and especially the valiant Maria who skied all the way from Montebello to the North Pole for the sake of love.
See you soon,
Wanda
The letter swept away Therese’s sombre mood, and she ran to give Mefist the news.
The girls returned from skiing rosy cheeked and hungry. While they were changing for lunch, Portia came to her office. She wanted to ask for something but seemed embarrassed, so Therese took her for an early lunch. They sat together across the long table, and Portia settled into her bread and gulasz soup. The kitchen had taken pity on the children, and as soon as her plate was empty, another appeared. She continued eating as if the first helping had never existed. She was already looking healthier, and she had colour in her cheeks.
“I like your girls, Mistress. They’re not like any others I’ve met. They’re real ladies. Can we stay here? I’m happy to work just like they do.” 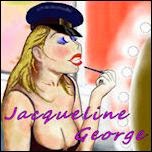 Jacqueline lives in Far North Queensland, on the shore of the Coral Sea. She keeps herself busy with her cats and garden, and by writing books - some of which are far too naughty for her own good. You can find out more about Jacqueline and her books at:
www.jacquelinegeorgewriter.com