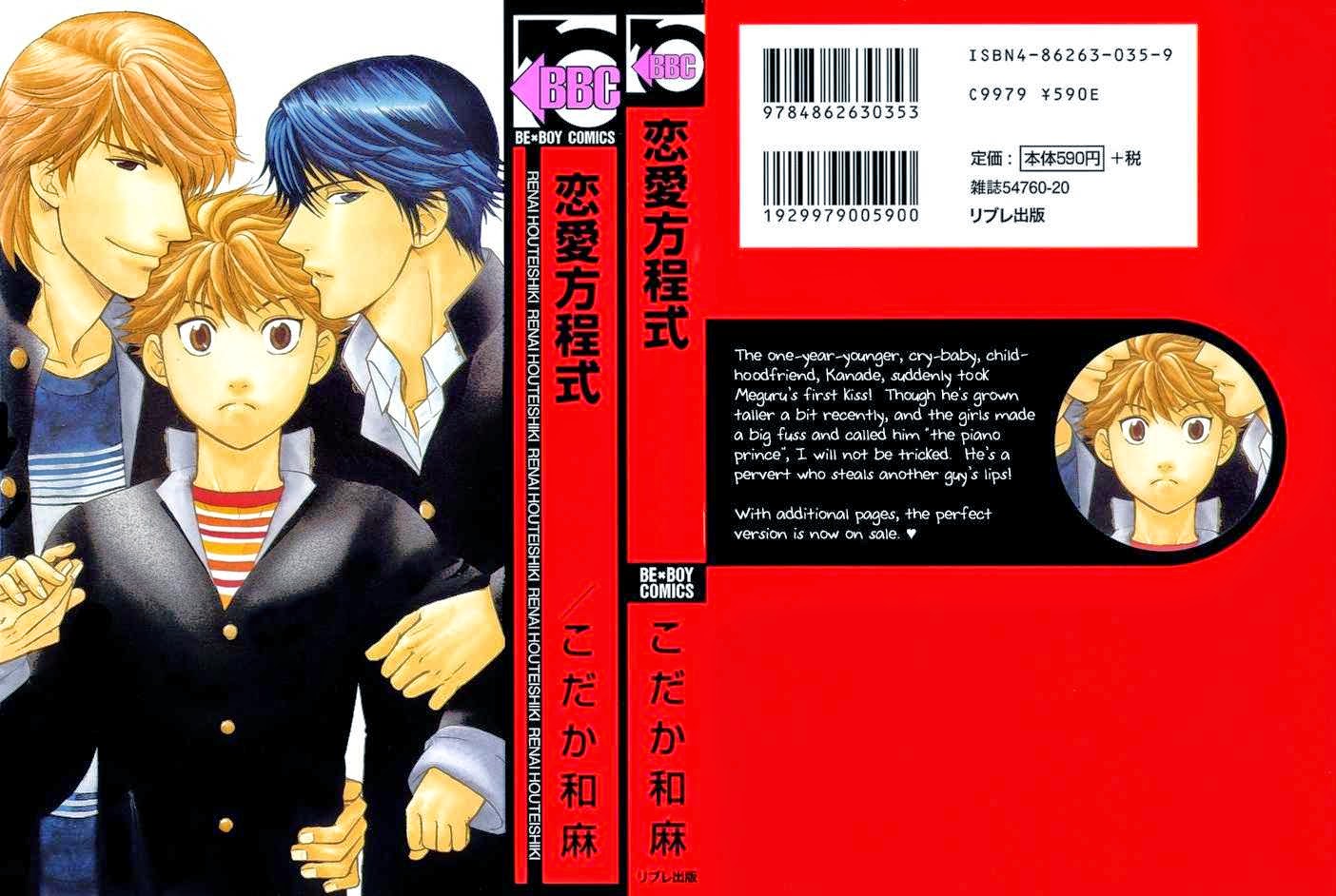 Welcome to BRB, everyone! Back in July I posted a book review titled Bad Teacher’s Equation, a yaoi series by Kazuma Kodaka. If you wish to read my review, click the following link: Bad Teacher's Equation Review Without realizing it, I happened to read the sequel to that series while I was out of town. I was supposed to be writing in the evenings before bed, but I’d worked so late and was so extremely tired, reading was the only thing I could concentrate on. I find picking up a book helps me unwind and clears my mind.
Anyway, here I’m reading this tender dramatic school based yaoi, when I realize some of the older characters look familiar, and then I recognized their names. That’s when it hit me…this series was a sequel to BTE. Duh! LOL Okay, I admit, I should’ve caught on much sooner, considering this was the summary for the series on the website. 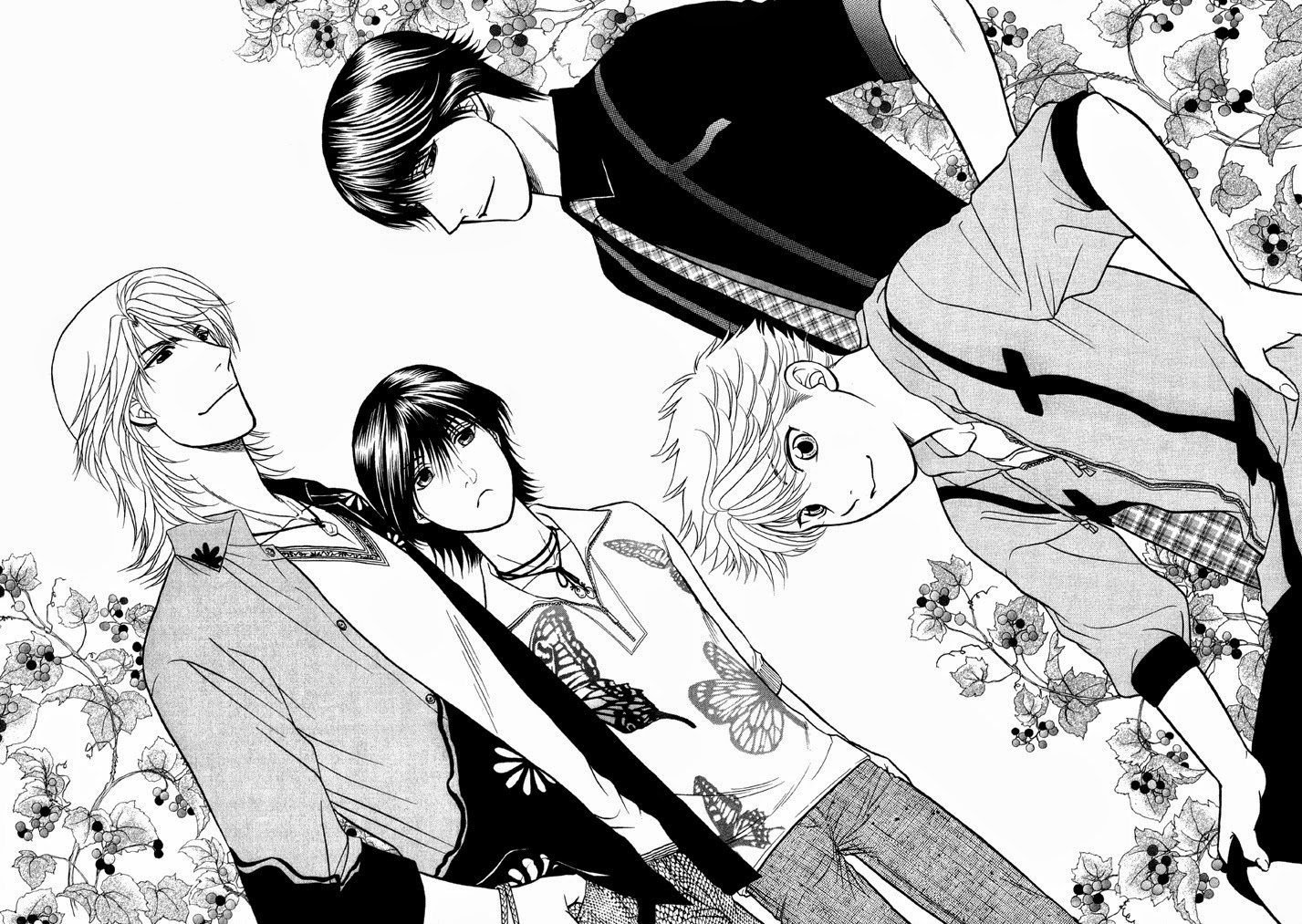 “The one-year-younger, cry-baby, childhood friend, Kanade, suddenly took Meguru’s first kiss! Though he's grown taller a bit recently, and the girls made a big fuss and called him “the piano prince”, I will not be tricked. He’s a pervert who steals another guy’s lips! With additional pages, the perfect version is now on sale.
This manga skips a few years ahead of the ending of Kodaka Kazuma's Kusatta Kyoushi no Houteishiki... Now it's time for the kids to shine! It features all of our favourite couples from Kusatta plus some new ones, and the artwork is completely gorgeous!”

In my defence, I was extremely tired. :P 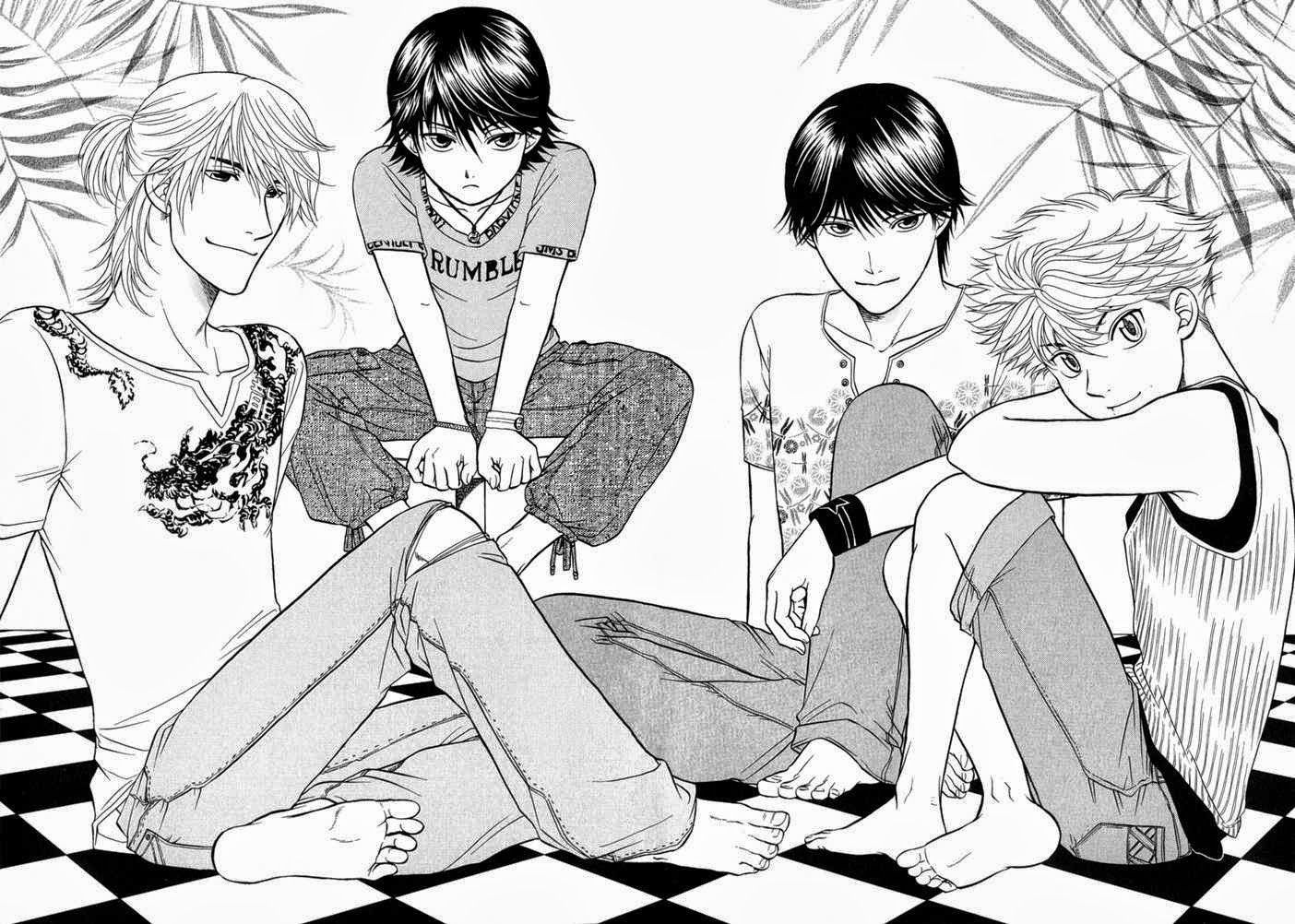 Kanade and Meguru, as the summary above states, are childhood friends; Kanade is a gifted pianist, who within a year matures considerably, and is taller as a result, and quite attractive. All the girls swoon over him. His mouthy, inconsiderate and slightly older best friend Meguru wants a girl, but can’t seem to find one, and is jealous of any girl that chases Kanade. Eventually, Meguru finds out that Kanade isn’t attracted to any of their classmates. He has a hard time accepting that his friend is gay and wants him. He isn’t sure how he feels and expresses confusion through his actions and words. There is a girl he likes, but does care about his friend.
What I liked the most about this shounen-ai/yaoi is the gentle build-up between Meguru and Kanade, the problems they share, and of course, their wonderful personalities. Kanade is the big strong silent type. Meguru speaks before he thinks, but learns to curb his attitude later. The artistry, as usual, was superb; Ms. Kodaka’s attention to the finer details, perfect. She is one mangaka that can definitely capture the youthful innocence of children and teenagers. All in all, I thoroughly enjoyed this series and give it 4.5 stars!