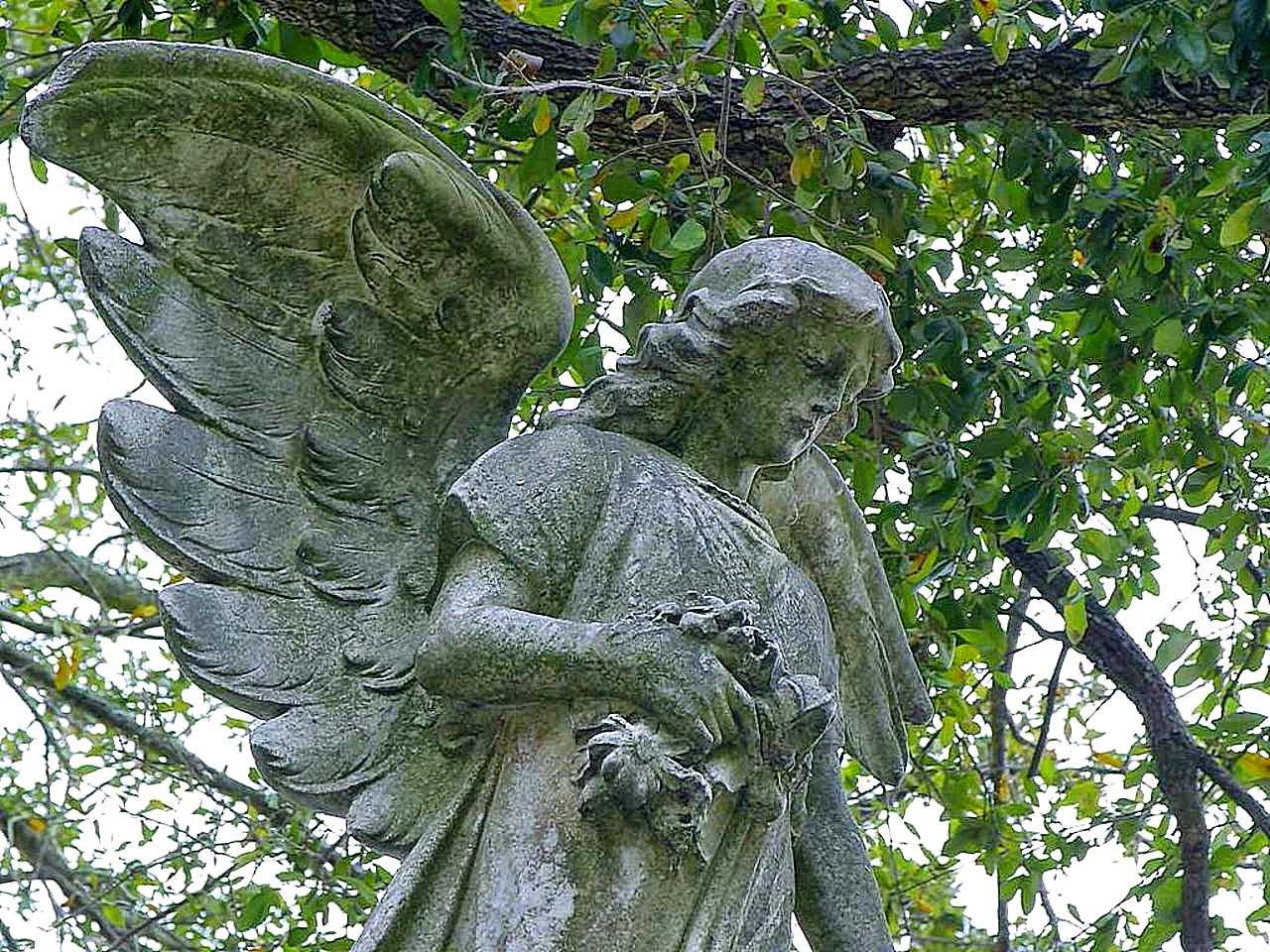 “Many-Eyed Ones”
In Exterminating Angel, Zaphkiel, former leader of the angelic order thrones, lives on earth and works as a demon hunter under his boss, Ophaniel, who insists on calling them ophanim, much to Zaphkiel’s chagrin.

Angel politics aside, the names are actually equivalent. Ophaniel is the eponymous leader of the ophanim, while Zabkiel and Oriphiel are also considered the ruling princes of thrones. And to make it more interesting, fallen angels, including Murmur and Raum, have been chiefs.

The prophet Ezekiel’s description of thrones/ophanim is probably the most well-known. “As I looked at the living creatures, I saw wheels on the ground… The four of them had rims, and I saw their rims were full of eyes all around.” (Ezekiel 1: 15-18)

A strange description for a celestial entity. According to Rosemary Ellen Guiley, the “term ‘throne’ generally refers to a symbol of majesty and the seat of God and God’s glory, and as such it is not a spiritual being.” She goes on to say that Colossians 1: 16 is the only time thrones are equated as being angels. And yet, according to the Talmud Bereshith Rabba, “All patriarchs became angels of this order on arriving in heaven.”

So who’s to say that some reported UFO sightings may not actually have been thrones/ophanim? 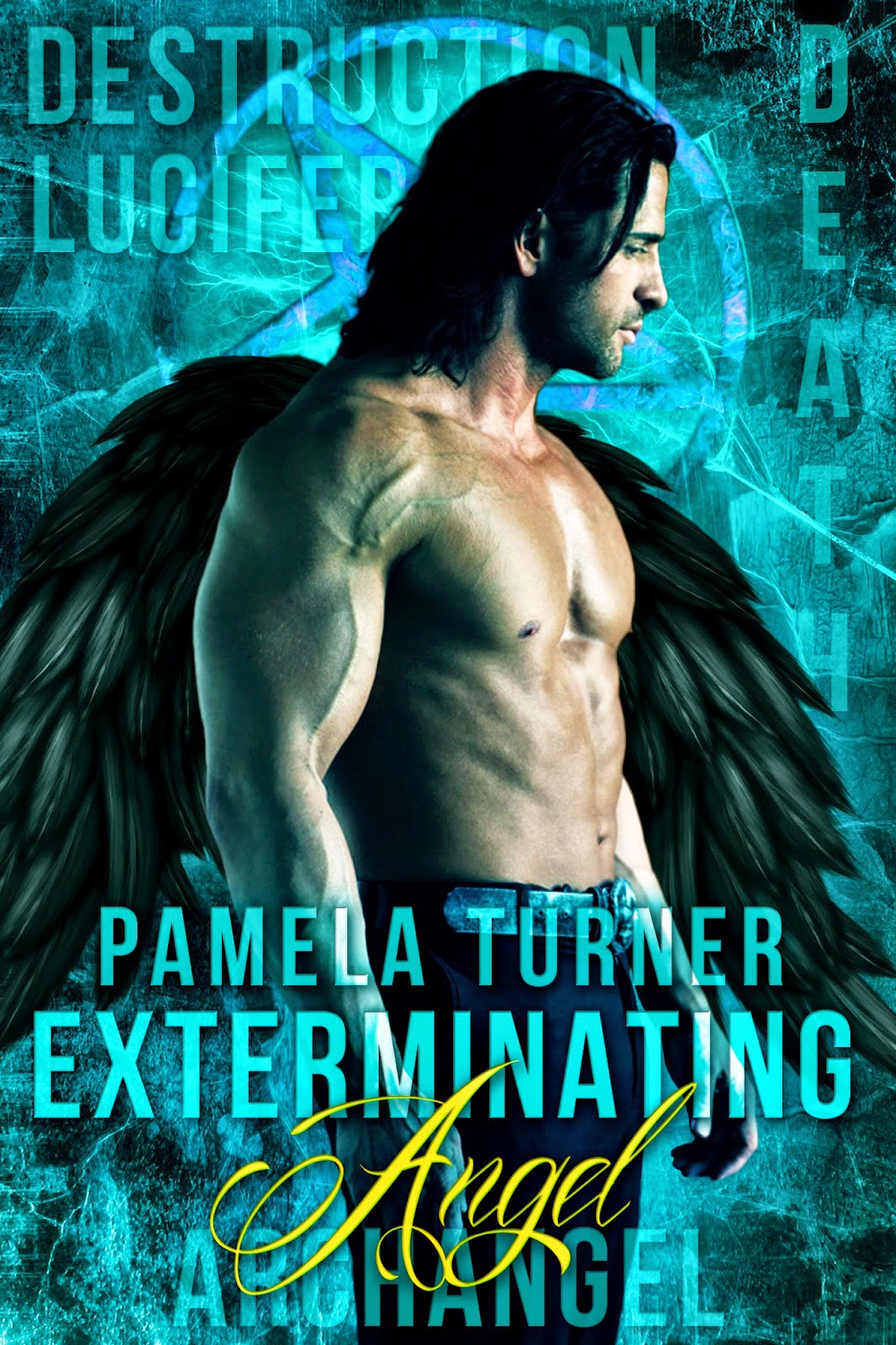 Making a deal with the Devil is the least of his problems.
Zaphkiel, a chain-smoking, hard-drinking archangel, never intended to unleash the sun demon upon the city. Bad enough his boss wants him dead, and this recent crime is the perfect excuse. The timing couldn’t be worse. Somehow, Zaphkiel’s executed lover, Caliel, is alive and reincarnated as Sean. Zaphkiel is thrilled to be reunited with Caliel again, but will his lover feel the same when he learns Zaphkiel’s darkest secret?
Hired by Lucifer, Sean wants nothing more than to fit in. But how can he compete when the Devil’s friends include archangels and a Tarot reader, and he was born without special abilities? Or so he believes. The Tarot hints there may be more to him than he realizes.
Recruited by the Devil to find the two pentacles sun demon Sorath plans to use to destroy the universe, Zaphkiel and Sean find themselves pawns in a game of power and control. If the archangel gives his boss the pentacles, Ophaniel will overlook his crime. But Zaphkiel knows he can’t trust either Ophaniel or Sorath, and the deal he’s made with the Devil could cost him not only his life, but also the lover he believed gone forever.

Is your decision worth it? Zaphkiel replayed Lucifer’s words as he lay next to Sean. His lover’s chest rose and fell in rhythm to his relaxed breathing. One arm was thrown up alongside his face, hand balled into a fist. Sean’s other arm lay across his stomach.
Would their relationship change when he became a fallen angel? He stroked Sean’s hair, marveling at how such an innocuous action could stir such a possessive feeling in him. Leaning down, he brushed his lips over the other man’s.
Sean opened his eyes, and smiled. “Morning already?”
“No. It’s still early. Go back to sleep.” Zaphkiel would never tire of looking into those eyes, irises green and rimmed with blue. His heart swelled with relief he had this second chance. How Sean—no, Caliel—had managed to escape Seraphic flames astounded him, and he thanked whomever had saved his lover.
Sean pushed himself to a sitting position against pillows, and turned on the nightstand lamp. “Something’s on your mind.” He cradled Zaphkiel’s head against his chest, curling strands of his hair around his fingers. “Care to tell me about it?”
Sean’s steady heartbeat was a comforting sound to remind him he’d something tangible to believe in, rather than a distant memory lingering in his subconscious, a reminder of an irretrievable past. But he couldn’t tell Sean his true nature. He’d promised, and he didn’t want to destroy their relationship.
Nor could he tell Sean what he planned to do that could change both their lives.
Sean kissed the top of his head. He pulled Zaphkiel close, wrapping his arms around his waist. “Talk to me.”
Zaphkiel leaned against Sean, closing his eyes, and enjoying the closeness, clean smell of soap, and satiny feel of warm, tanned skin.
Sean kissed him at the juncture of his shoulder and neck. A nip, not hard enough to draw blood, but enough to make the hair on his arms rise. He pressed his hands against Zaphkiel’s chest, gently rubbing his nipples in a circular motion until they peaked under his touch.
A fluttering sensation filled Zaphkiel’s stomach, and his breath hitched.
Sean ground his erection against Zaphkiel’s lower back. Heat flowed through his groin and abdomen, temperature rising. His body ached with need, and knowing Sean wanted him meant more to him than he could express. “Aren’t you forgetting something?” He took Sean’s hand and pushed it past the waistband of his cotton briefs. “Someone’s getting lonely here.”
“We can’t let that happen.” Sean squeezed his erection. That, along with the cotton fabric rubbing against his sensitive skin, created a friction that drove him mad with desire. No one else made him feel this way. Even in his loneliest moments, when he believed his lover dead, the thought of another man or angel touching him sexually filled him with revulsion. His body and soul belonged only to Caliel.
“Hope you don’t have to be anywhere in the morning.” Sean shifted beneath him. He rolled Zaphkiel over and kissed his throat, at the same time reaching between his legs and stroking him.
Zaphkiel arched off the bed. God, Sean knew what erogenous buttons to push. His skin tingled and burned as his passion rose. Always, Caliel saw to his needs first, insisting Zaphkiel’s pleasure was more important than his own. Of course, it was a lie, and seeing the wanton look on his lover’s face always drove him to new heights of arousal, even if he’d just come. But that was Caliel, always giving, never expecting anything in return. A pure, selfless lover.
Sean gently bit a nipple, and Zaphkiel swore even more blood filled his cock. He ran his hands through Sean’s blond hair, soft strands falling over his fingers. How many centuries had he dreamed of touching Caliel, only to wake up alone, eyes wet with tears. Now they were together again, he promised himself he wouldn’t let anyone, not even Ophaniel, take Caliel away again.