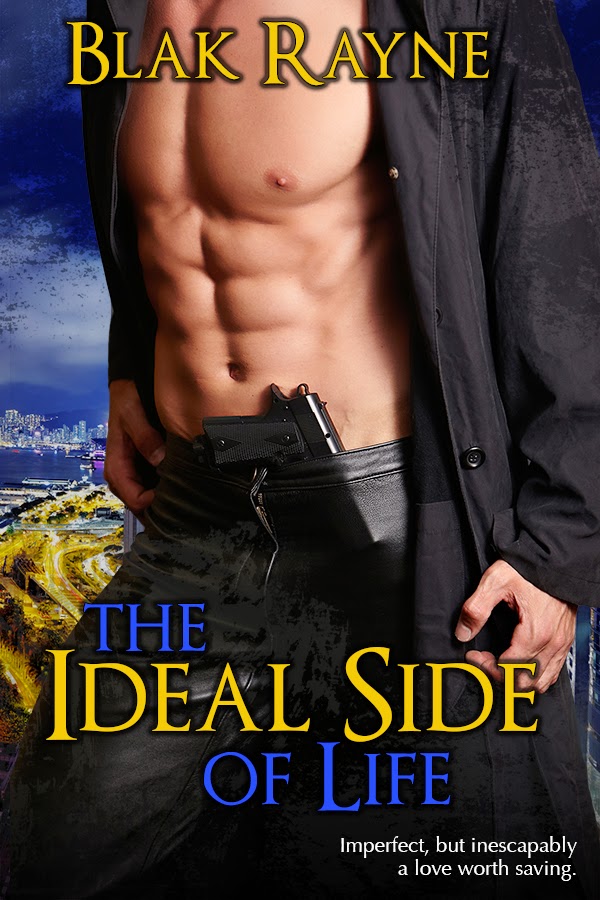 
While shopping in the city, Stephen and Carson unexpectedly run into Stephen’s former college buddy Dudley Kramer. During the conversation, Dudley insists they attend an upcoming party at the art gallery he owns. Believing the invitation to be harmless, Stephen convinces Carson to go. But part way through the evening, he realizes Dudley’s developed an unhealthy liking for his husband and the party isn’t as it appears. Illegal drugs and partner swapping isn’t something Stephen bargained for, and neither is the chain of events that follow. Disenchantment over the past, arguments, and near fatal car accident suddenly puts his life into perspective.


Days later, we found a notary in the local directory and had new wills drawn up. When it came time to sign, Carson met me at the notary’s office during a shift.
Light of step, he bounced up onto the curb and hastily grabbed the door before I could. “After you,” he said in a courteous manner. “Sorry I’m late.”
The entrance buzzed as the door shut automatically behind us.
Glancing at my cell then him, I smiled. “You’re right on time.”
We wandered through a narrow hall into a confined waiting area. A large, potted palm was in the corner and four leather chairs sat in a row in front of a window.
The secretary peeked above the edge of a high wooden counter. “Names please?”
“Mackenzie and Pritchard. We have an appointment at ten.”
“Yes, I found you on the list. One moment. I’ll let Ms. Bouchard know you’re here.”
“Thank you,” I said absently, watching the secretary’s rather rotund posterior wobble into the neighboring room.
“She needs to lose some weight.” Carson leaned sideways, the protrusion of his bulky shoulder and thick jacket knocking me on a slant. “You know, you’re looking pretty sexy today.”
Stunned by the crass remark, I gaped at him, trying not to reveal any excitement whatsoever; if I did I would’ve been done for. “Not so loud, hon. She might hear you.” Then I hastened to add. “Sexy? Really?”
“Sexy.” Grinning mischievously, he fiddled with my necktie, flicking the pointed tip of striped satin, and I felt myself being drawn into his web of sexual debauchery. “Maybe I should arrest you and throw you in the back of my cruiser. It would give me every excuse to fu—”
“Ms. Bouchard will see you now.”
Carson smiled and got up as if nothing had happened. As for me, I’d been so enthralled by his dirty talk I didn’t notice she was there and leapt out of my skin. Carson adjusted his hat and walked past me, taking the lead. Bloody cheeky! I was so tempted to paddle his ass.
The appointment went off without a hitch. While the notary reiterated everything in our new wills, page-by-page and paragraph-by-paragraph, we signed. At the end, she produced a template of a living will; something she suggested we have done as an additional precaution, taking into consideration Carson worked a high-risk job. We had discussed it once, but not in-depth. He told her he’d think about it then I wrote Ms. Bouchard a check before we said our goodbyes outside the building.

Later that night, subsequent to the consumption of a homemade seafood dinner that consisted of stuffed cannelloni and a Caesar salad, we decided to hit the hay early. We’d both endured a long day.
Carson stripped, tossed his clothes in the hamper, and flopped out on his stomach, bunching a pillow between his head and arms. After the mattress stopped bouncing and he’d found his comfort zone, he muttered drowsily, “Can you cover me with the sheet?”
“Sure.” Ogling his ass, I removed my tie; no matter the temperature, he always slept in the nude. As for my preference, I was a pussy; anything below sixty-five degrees and I wore pajamas. Grabbing a corner of the blanket, I separated the gray linen sheet and draped it over him.
“Thanks, baby.” He yawned, hugging the pillow tighter.
“You’re welcome.” Removing my shirt, I dropped it on the chair. Then I kicked off my shoes and unclasped my belt buckle. I couldn’t wait another second—the smooth, muscular curve of his ass under the thin layer of cotton and the way he lay with his legs spread; he was begging to be molested. Crouching like a tiger, I moved in silently toward my target and the edge of the bed, preparing to pounce.
“If you’re going to fuck me, do it quick before I fall asleep.”
“Oh come on!” I exclaimed loudly, throwing both hands up. “How did you know? What—do you have eyes in the back of your head?”
“I didn’t know,” he murmured, shooting a weary glance over his shoulder, “other than you’re taking too long to undress.”
“You know you’re a frustrating man. Every time I try to be sneaky, you ruin it.”
Snuggling the pillow again, his chuckling was muffled. “That’s because you couldn’t sneak if someone paid you. You’re too obvious.”
“I’m not obvious.”
“You are. The whole point of sneaking around is to avoid getting caught.”
“Why thank you for that useless tidbit of information.” Sitting down hard on the bed, I pulled off a pant leg and caught the other on my foot. “Now I know I’d be a lousy jewel thief.” I frowned in disgust, tossing my pants with the intention they’d land on the chair, but they hit it instead and slid to carpet. A dreary sigh seeped from my lips. I was too damned lazy to pick them up.
“Don’t get upset.”
“I’m not.”
The bed shifted and when I looked, he’d switched around to lie on his back. The sheet did little to hide his thick erection that lay slightly bent against his left thigh. The image triggered a glorious memory of Greece...and the beach. God, we needed to fuck—no romance, just a good old-fashioned fuck.
“I ruined your fun, I’m sorry. How about I pretend you’re not here?” He bent an arm over his eyes, sliding toward the end of the bed, and sank into the bedding, getting more comfortable. “How about something like this?”
When he’d moved, the top sheet had fallen away completely. Hard and swollen, the muscular outline of his torso blanketed in soft, dirty-blond hair appeared. Taking a moment to admire his body, I didn’t readily answer.
“Baby…are you still there?” he asked, a hint of apprehension lingering in his words.