OMG where to begin... Embracing Love is written and drawn by Youka Nitta, another fine manga artist! This lady has also produced White Brand, Casino Lilly, Sound of My Voice, Kiss Ariki, and so on. But for now I'm sticking to my fav out of her collection, Embracing Love. 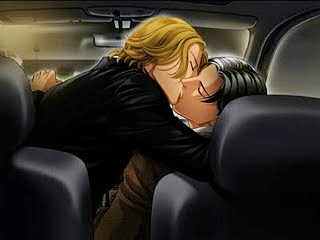 This yaoi is about two male pornography (AVI) actors who fall in love while attempting to break in to mainstream acting. The main characters are: Kyousuke Iwaki (black hair), a reserved and self-conscious man who puts his career ahead of his personal life. He's at odds and isolated from his family. And he feels very much alone and depressed. Youji Katou (blond) is a bold and outgoing man. He's an up-and-coming actor, younger than Iwaki and quite self-confident. In the beginning Iwaki appears to be the seme, but it quickly reverses when Katou takes charge and demands a relationship as well as sex from the older man. Of course as in most yaoi Katou relentlessly pursues Iwaki until he gives in. What I find interesting and different with this story is that neither Katou, or Iwaki, have had a relationship with a men previous. They never profess to be homosexual. They're just two people that fall in love. Iwaki is stumped in one scene; he can't understand why Katou has fallen for him (a man). He assumes it's because of their love scene in front of the camera and that Katou has clouded reality with fantasy. Katou's response is kind of comical, the acting may have brought them together, but he doesn't see Iwaki as a man instead the person he loves.

These men battle through some interesting challenges. Iwaki, like I said, is more reserved and he doesn't want anyone to know they're together as a couple. His denial, and sometimes almost rude behaviour in public, is at times very hurtful, but Katou seems to rise above it all. I'd say in their relationship Katou is my favourite. He's strong, tenacious, and yes, sometimes immature with how he handles things. But he also loves Iwaki, and proves it time and time again. It's Katou's passion and unconditional love that keeps me reading. 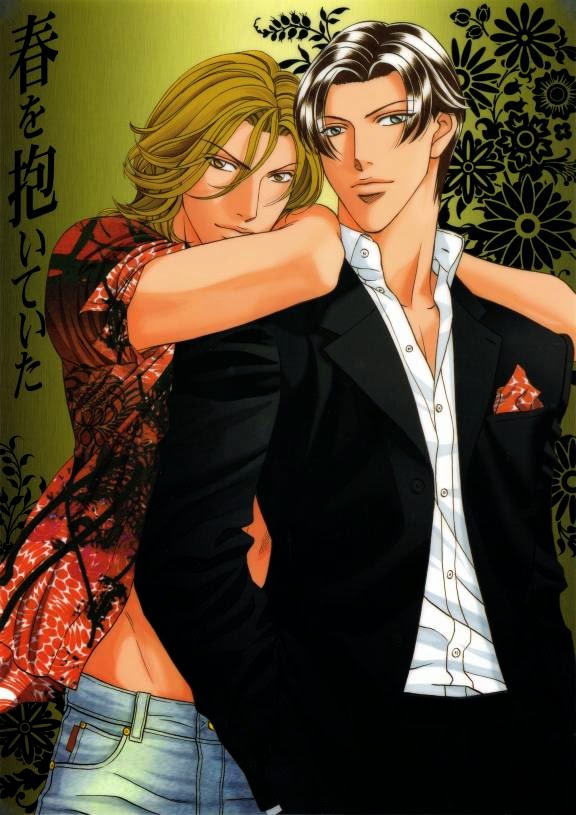 On the other hand, it took time to really appreciate Iwaki. He's older, has certain ideals, and his family life is in a bit of mess. But now I can honestly say, I've grown fond of him and he does compliment the relationship.

HWD is another yaoi manga series, and I'll warn you, it's a very long one. I believe the chapter count reaches into the forties and is still on going. The sex is very explicit. I'd call it a 5 flame. Not for kids! LOL Overall HWD is awesome and will keep your attention. Katou and Iwaki develop as characters along with the storyline as does their relationship. I'd classify this yaoi as another romantic drama with strong, charismatic characters. HWD is hugely popular and has a growing fan base!

Also, if you're interested Haru wo Daiteita is an OVA as well!