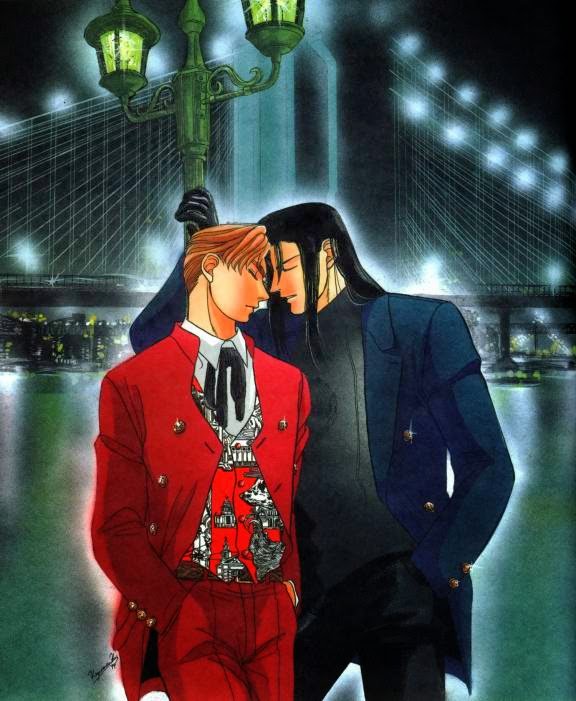 Welcome to BRB, everyone! As you're well aware I love to read and collect yaoi, and I've done so for years. I started purchasing back in the mid nineties. At that time yaoi was relatively unheard of in North America, and most of my "purchases" consisted of dojinshi, which are usually fan made manga, but can also be self-published works in either manga, magazine, or novel form. The first two yaoi I read and viewed online as OVAs were Ai no Kusabi and Kizuna. And to this day, out of everything I've read, both remain personal favourites, but each for a different reason. Ai no Kusbai is the quintessential yaoi, according to the first yaoi written and other stories to follow in its genre and guidelines. You have a definite seme with the main character Iason Mink, who rapes and controls his weaker partner, uke Riki. Violence i.e. rape in yaoi is commonplace as is the uke eventually accepting the seme as his lover. But not all yaoi are as dark, angst ridden and violent as Ai no Kusabi. Which brings me to Kizuna. Although there is some unwanted sexual contact between the main characters in the very beginning, Kei and Ranmaru; Kizuna-Bonds of love, couldn't be more dissimilar from ANK.

I hope you enjoy my review! 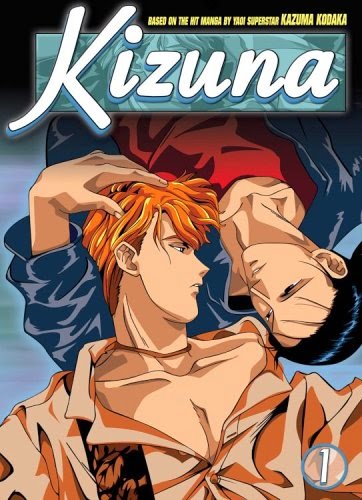 One of my all time favourite yoai manga series (note I said series) is Kizuna - 'Bonds of Love' written and drawn by Kazuma Kodaka. Ms. Kodaka is an amazing artist. Some of her other works include Kimera, Sex Therapist, Prince of Tennis, Sengoku Basara, Midare Somenishi, Boarder and others. I'd say Kizuna is probably one of the more popular series and this is because the characters are easy to love.

Kei Enjouji (black hair) and Ranmaru (redhead) are college students in modern day Tokyo. The minute Kei sees Ranmaru, he's instantly smitten. Kei is the seme (attacker) and, he does pursue Ranmaru Samejima, the uke (receiver), until the poor man gives in. Okay, I think deep down Ranmaru wanted him from the start, but  couldn't admit it, which continues throughout the first part of the series. Kei is my fav. He's funny and has a generally optimistic and endearing disposition. But a total straight shooter when it comes to Ranmaru and their relationship. Ranmaru is what's called, in the yaoi community, a 'Feisty Bottom' yes he can be a biatch - but hot damn what a pretty one! 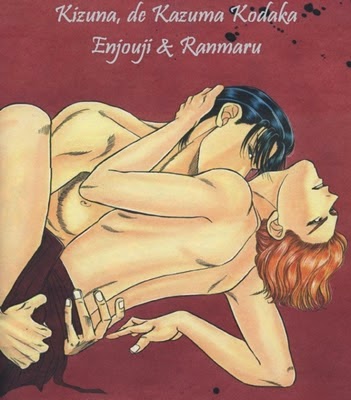 Ranmaru is a Kendo champion and after a tournament Enjouji shows up. Ranmaru is upset with Enjouji because he won't join Kendo and believes he's made the wrong choice. So, he challenges Enjouji, that if he gets a point (wins) Enjouji must sign up for Kendo classes. But Enjouji, being the smartass he is, says okay and if I win I get to do you. Of course Ranmaru thinks he's being insolent, basically calls him a pervert, not realizing that the man cares for him. Ranmaru freaks out and attacks Enjouji. But everything he throws at Enjouji fails. The man is a natural when it comes to martial arts and quickly pins Ranmaru to the floor telling him, he's won (got the point). Ramaru refuses to have sex with him and a struggles ensues, where Enjouji more or less rapes him. They argue and then Ranmaru eventually gives in. Enjouji doesn't hurt him or abuse him, it's really a battle of the wills and in the end he wins Ranmaru's heart.

Later on more of their past comes out. These two men have known each other since childhood. The plot and artistry improve the further you read, and by the end of this series, you've got a cast of beautiful characters that have really grown and faced some unbelievable challenges together, which creates an awesome story. There are other characters and some interesting side stories, as well as Ms. Kodaka's input and comic relief. This is normal for most manga. 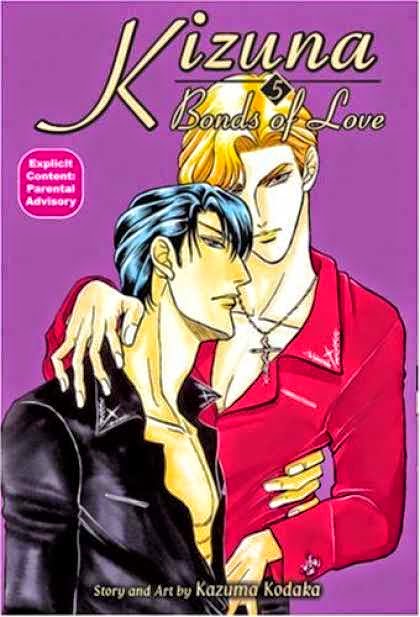 People have argued that Kizuna doesn't really have a solid plot. And there is some truth to that belief if you're expecting some big build up and action-packed, grandiose ending then you will most certainly be disappointed. Kizuna is all about the lead characters, their relationship, their personal growth and their love. I'd classify Kizuna as a romantic drama and very satisfying. The sex scenes are moderate to explicitly graphic and, not to worry, there's lots of sex, certainly enough to satiffy. 5 Stars! 5 Flames!

*And, if you get a chance after reading the entire series, I highly recommend watching the OVAs. Both the original, older film Kizuna produced in nineteen-ninety-four and the newer continuation Kizuna Much Ado About Nothing produced in two-thousand-and-five are quite well done.