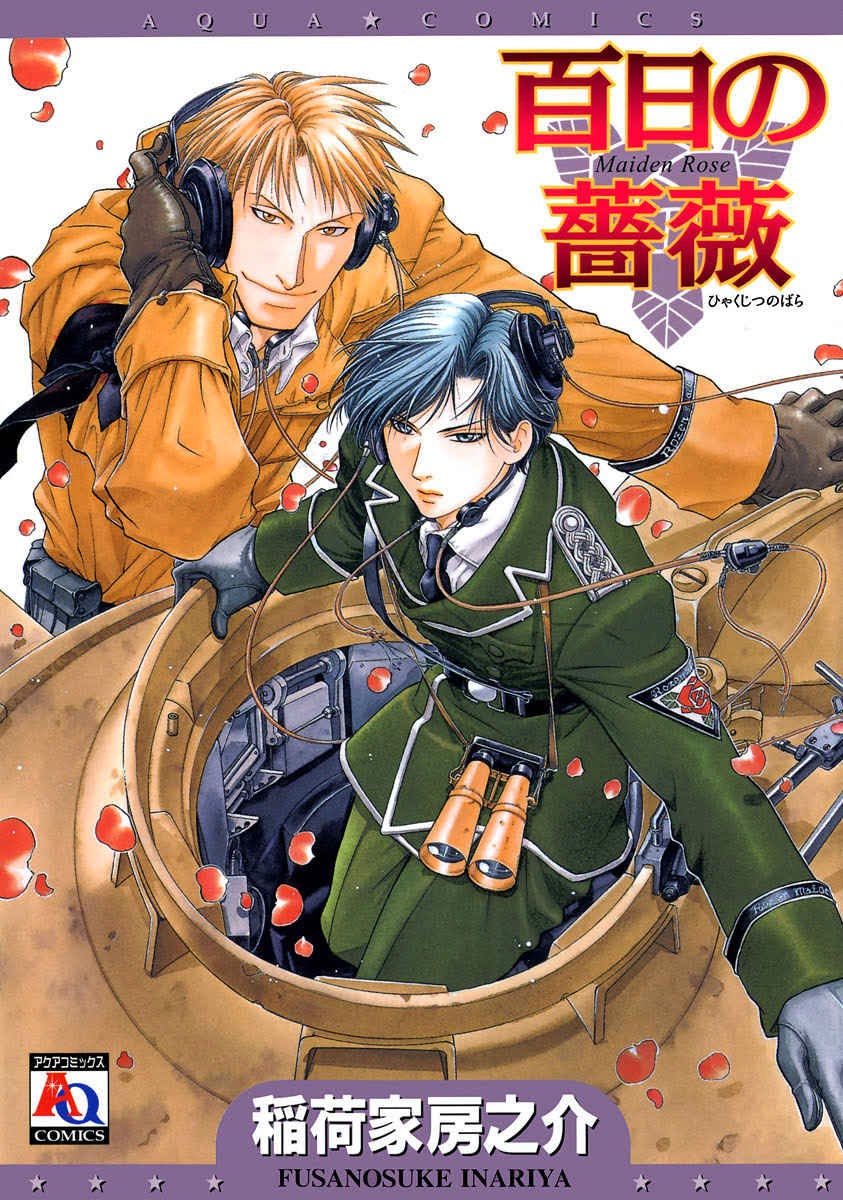 Hyakujitsu no Bara, or in English, Maiden Rose by Fusanosuke Inariya is an ongoing war/romance yaoi manga series that isn't for the faint of heart.

Klaus von Wolfstadt (seme blond) and his family (parents and siblings) visit the Far East to attend a coronation ceremony. After the ceremony Klaus becomes lost, wandering in the gardens surrounding the area and this is where he accidentally meets Taki Reizen (uke black hair). The year is nineteen-eighteen. The young Taki asks Klaus to help him pick some cherry blossoms. He wants the blossoms to put on his ceremonial headgear. Klaus does this and Taki asks if he would become his personal knight. 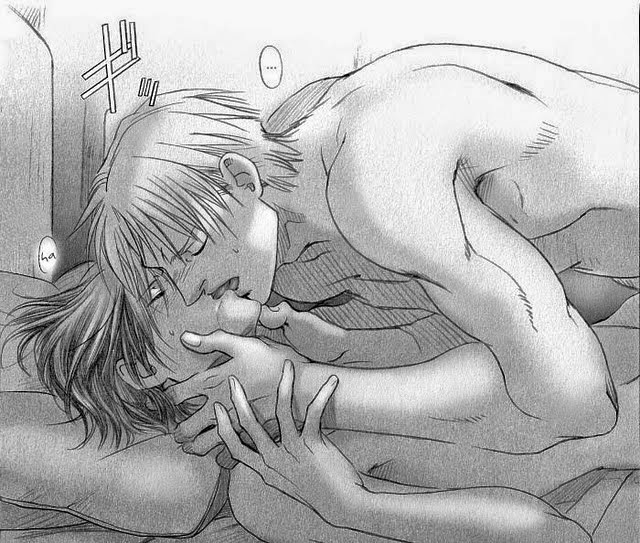 Almost a decade later, the two men meet again at a Military Academy (Luckenwalde), where Taki has been sent to learn about European warfare. Klaus is given orders to befriend and protect Taki. A year passes and the two have fallen in love with one another. And this is where the story takes on a twist. Eurote breaks a treaty with the Western Alliance and Taki is deported. The next night he and Klaus have their first romantic encounter (and I use the word romantic loosely).

From here on in the sex is brutal and I sense Taki isn't as receptive to Klaus as Klaus would like him to be, which is understandable considering the physical pain and the young man’s status. Klaus is angry and confused. He doesn't want to lose Taki, but due to the young man's status there is no choice. The Reizen family is supposed to be favoured by the gods and the rulers of their country. He is expected to remain celibate until marriage. Knowing this, Taki ends the relationship with Klaus, but this is after Klaus has already sworn to be his knight (which is a sacred oath). And it's the oath that binds them together forever. Both men ended up fighting in the same war from opposite sides. I will leave my synopsis at that. I don't want to spoil the story. 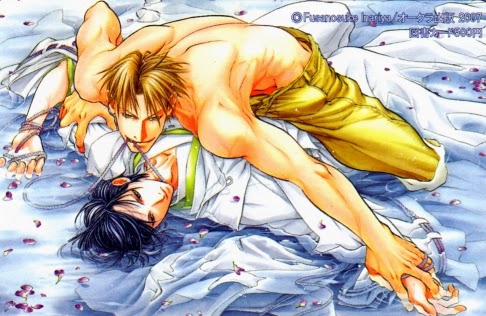 As far as semes go, Klaus has one hell of a body and he's hung like a horse! LOL Taki is a more effeminate uke and not really the typical 'feisty bottoms'. He sort of fights Klaus then seems to allow the abuse, as if he feels partly responsible for Klaus's feelings. In time, and after one especially brutal scene, Klaus finally realizes how wrong he's been and the cruelty of his actions. And he accepts his fate at the hands of Taki's officers.

I can't say that I'm absolutely smitten with this yaoi. I did thoroughly enjoy the in-depth plot, the artistry is extremely well done, and the characters are certainly attractive. But it did take me a bit to fully appreciate these men. In the beginning, I wanted to beat Klaus and shove my foot up Taki's ass for allowing the shit to go on. But then my attitude changed and I found I actually understood their passion and pain. Overall I like Maiden Rose and look forward to future installments. The sex is explicit. I give this yaoi 4 flames.