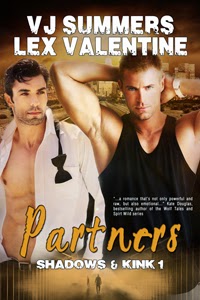 Welcome to BRB, everyone! Thanks for stopping by. I'm must be on a roll because my guest today is another talented author Lex Valentine (also a wonderful lady), and guess what she writes? Yep, M/M, and she's self-published! It's great to have those who love penning M/M at my blog. So, let's get started.

Welcome, Lex. What genre do your currently write? And, is there a genre you'd like to write, but haven't tried yet?
I write in several genres, paranormal, contemporary, steampunk and my latest release is dystopian. I also write MM, MF, and MMF pairings, but mostly MM these days.

Many authors use a nom de plume, and they may use one opposite to their own sex. Do you think an author's sex or sexual orientation should dictate what genre they write?
No. There are a lot of heterosexual female authors who write excellent MM. I think it’s all about your creativity and your skill. To me, those two things married together equal your talent. Some people have the talent to write something other than what they live every day.

Some authors have issues with character development, writer's block, plot summary etc. What is the biggest challenge you face when writing? How do you overcome the problem?
My biggest challenge is TIME. I never have enough of it. One of the things that helps me is having the tools to write anywhere. I have a desktop computer at home and at work and I have a netbook and a tablet. They all have Dropbox installed so I can take my WIPs anywhere.

What has been the single most successful marketing tool you've used to date?
Writing good books. Honestly, if you write stories and characters that people love and you write it well, your books sell.

If you had to live as one of your characters, which one would it be, and why?
Oh, it would be the character I stole my pen name from. She was a broken individual, but she found love and a man who saw her differently than any other man. And it didn’t hurt that he had lots of money! LOL I could live in her shoes happily.

While writing, have you ever drawn from personal experience, and why?
I have. Usually, it’s because something fit the plot and the character.

What is your favourite colour?
Purple, of course. Anyone who’s seen my website knows this!

When you first met your partner/spouse/lover what drew you to him or her first?
We met online so the first thing that drew me was his snark. When we met I was mesmerized by his green eyes.

If you could spend the day with any famous author, who would it be? And, why?
Oh, I’ve done this! I’ve hung out at Z.A. Maxfield’s house! She’s such a warm person and her family is amazing. I’m lucky to have her for a friend and neighbor.

If you could indulge free of any consequences, what would be your ultimate sexual fantasy?
I’ve always had a yen to give Marcus Schenkenberg a blow job. The world’s first male supermodel who is still smokin’ hot today…I’d blow him in a heartbeat! 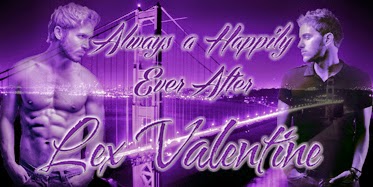 "Now," Ian announced in his most dictatorial voice, the one that secretly amused Travis because the smaller man actually seemed to think he was in control, "you and I are going to dance."

Then there was nothing amusing about it because Ian was in control. He slithered up against Travis' chest, one leg slipping between Travis' thighs.  Grabbing Travis' hands, Ian planted them on his hips and began to move. It wasn't a nasty, headed for the backroom grind. Ian kept enough space between them that their bodies barely touched, just a brush of fabric here, a rustle of denim there.

The Brit's hands slid up Travis' arms, coasted over his shoulders, and finally locked behind his neck. Ian may have taken control, but everything in his body language screamed at Travis to take the lead. Amazingly, he did.

It was unbelievable how perfectly their bodies moved together. Ian had been right, though he almost never danced, Travis recalled his mother telling him he had a natural rhythm and a well-trained physical grace that guaranteed he’d be a superb dancer. He used all that neglected skill now, tugging his partner closer, guiding those slender, snaky hips with his grip. Still not quite grinding, but moving closer, sinking into the music and each other.

The song changed, the tempo slowed even more. Ian moved closer, pressed against him from chest to groin. Their thighs interlocked like pieces of a puzzle. Now they were grinding, and to his horror, Travis couldn't control his response, his cock hardening in a rush. He didn't know if it was better or worse when he realized he was rubbing against Ian's equally hard and ready erection.

The smaller man looked up, pale skin painted purple, then green, red, and blue by the fancy club lights. They disguised the silver of his eyes, left them almost colorless. Colorless, but not emotionless. If he hadn't known better, Travis would have said he could see all his own confusion, anger and fear, mirrored back in Ian's silvery gaze. But he did know better.

That realization, that admission of how much he wanted the man in his arms, jolted him back toward reality, and he closed his eyes. Lifting his hands, he prepared to disengage. He'd make it to his room, lock the door, and pretend this wild moment out of time was just another of his dreams.

Ian apparently wasn’t done with him though. As Travis released his hips, the Brit turned and backed up against Travis, his body moving in time to the song. With every move, his perfect ass ground against Travis’ groin. Gasping, Travis found himself beginning to move with Ian. The sinuous movements of the other man made Travis’ cock stiffen even more. As Ian ground his ass against Travis’ pelvis, as the warm, exotic scent of Ian filled his lungs with every breath, Travis had the sense that his orgasm wasn’t far off. It wouldn’t take much at all for Ian to make him come in his jeans like a horny teenager.

When Ian reached back and pulled Travis’ arms around him, the dance began to change. Ian rubbed Travis’ hands all over his chest and hips. With the feel of warm flesh over hard muscles beneath his palms and firm globes of Ian’s ass writhing against his cock, the last of Travis’ control slipped its leash and he suddenly didn’t care if Ian made him come like this.

Thank you for sharing a little about yourself, Lex! All the best.
~ Blak Rayne
Posted by Blak Rayne Books Blog at 10:30 PM