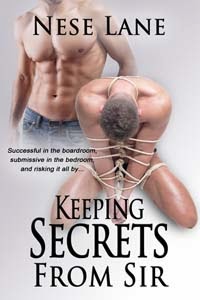 Many authors use a nom de plume, and they may use one opposite to their own sex. Do you think an author's sex or sexual orientation should dictate what genre they write?
I think the creativity and inspiration of any author should dictate what genre they write in. Sex or sexual orientation, in my opinion, only enhances the author’s voice, just as all life experiences do. Being able to flirt with any sexuality is the ultimate thrill for a writer.

Some authors have issues with character development, writer's block, plot summary etc. What is the biggest challenge you face when writing? How do you overcome the problem?
I have a habit of editing while I write, which slows things down immensely. As a pantser, I need to put that aside and let creativity flow, allowing the characters to dictate the direction of a scene/story. When I’m really struggling with a plot line, I have wonderful critique partners who love to brainstorm. Discussing different angles in which the plot could go, usually triggers the idea of how the story should go.

What has been the single most successful marketing tool you've used to date?
Bloggers like you are the number one source of awareness, so thank you! Also social media is another boost in helping to get the word out. My fans Rock!

If you had to live as one of your characters, which one would it be, and why?
Jasper Lyons the hero in my current WIP, Cherry’s Delight - the second book of my Rockin’ Hard series. Who wouldn’t want to be a drop dead gorgeous rock star with a huge heart?

While writing, have you ever drawn from personal experience, and why?
Yes. I think we all use our own personal trials to bring added depth to the characters we write. While not the exact situation, I use feelings I have experienced to guide the reactions of a character. If not, the internal dialog would fall flat and seem unrealistic.

Just for fun–
What is your favourite colour?
Orange/Lime Green, I can’t choose between the two.

Which do you prefer: a little left to the imagination or explicit?
Explicit, of course. Nothing frustrates me more reading a book, than an author sending the characters into the bedroom, and shutting the door. I want to know what goes on behind that door.

When you first met your partner/spouse/lover what drew you to him or her first?
Beautiful blue eyes…sigh.

If you could spend the day with any famous author, who would it be? And, why?
Laurel K. Hamilton – Her writing is amazing.  I would love to know what inspires and motivates her.

If you could indulge free of any consequences, what would be your ultimate sexual fantasy?
I suppose my fantasy would start in a loft apartment in New York City with two sexy guys...ending in either an m/m/f or m/f/m ménage. *grins*

Blurb:
While "hatchet man" Drew Chandler is both feared and revered in the boardroom, he is completely ruled by his need for submission in the bedroom. Dominance and pain give him that edge vital to his corporate success, but Sir has been unavailable and Drew's hold is slipping…

Excerpt:
Lost in his fantasy, it took a few seconds for Drew to register that he’d actually heard Sir’s voice. The vague notion he hadn’t noticed the alarm reset mingled with a fear-laced thrill that lanced through his system just as his lover’s warm palm smacked hard against his quivering ass.     Yes…finally. The burn registered a second before another landed on top of the first, and he cried out in agonizing bliss.