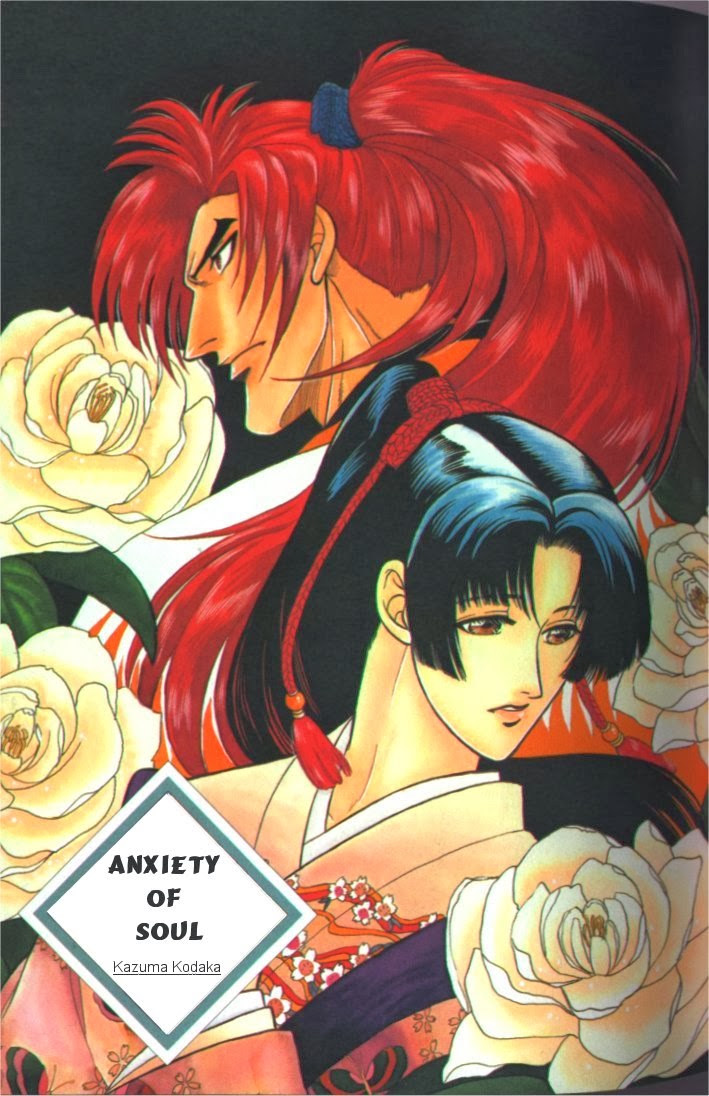 I struggled the last few days, unable to choose which yaoi to post next. Finally, I picked ‘Midare Somenishi’ or in English ‘A Legend of Samurai Love’ for my number seven slot. Samurai Love by Kazuma Kodaka is probably one of her lesser-praised works. The manga is approximately two hundred and sixteen pages of moderate plot and sexual depravity–not as explicit as some bara I’ve read, but close enough. And, yes, I have read bara. I must confess the steroid pumped guys with anatomically incorrect body parts aren’t really a turn-on. Bara is strictly a ‘suck ‘n’ f*** fest’. I’ve yet to come across one with an actual plot that doesn’t include gang banging, rape, or S&M. According to whomever (stats) bara is quite popular with men. I guess every man’s ultimate fantasy is to be forced? A shiver just ran down my spine. *shudders* 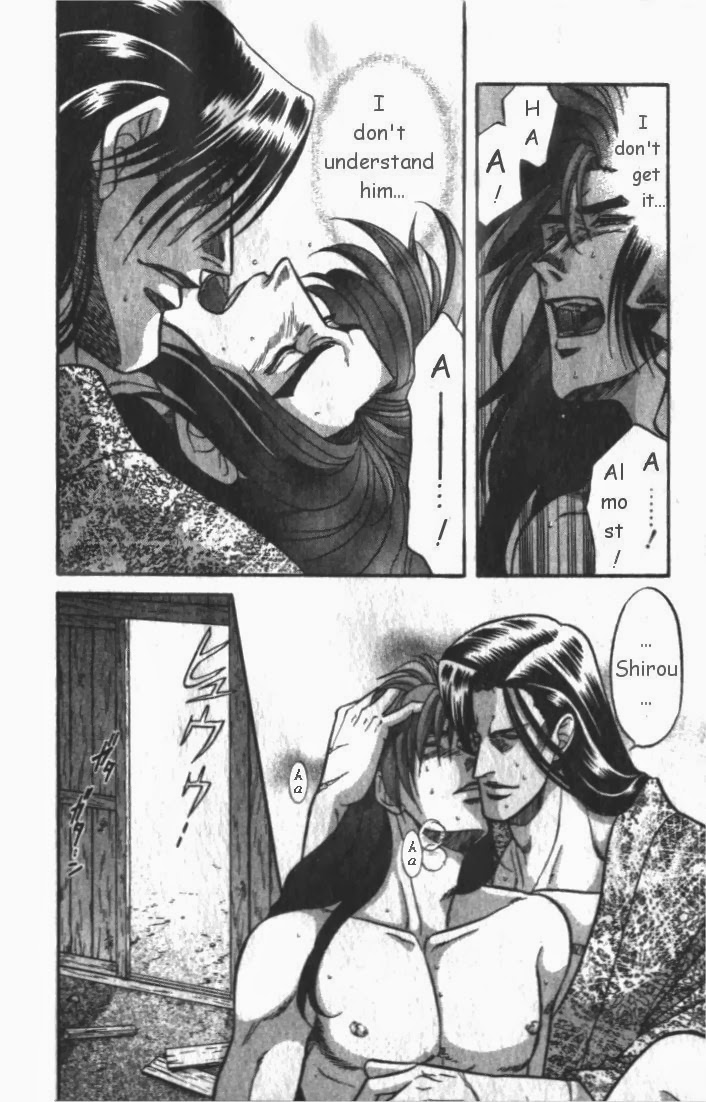 Anyway, getting back on track…. Midare Somenishi is the story about Shirou, a redheaded, samurai warrior that has a taste for blood. Unknown to Shirou, his much younger brother Fujimaru follows him and ends up kidnapped by a sadistic feudal lord, Sougetsu. In order to protect his brother, Shirou becomes Sougetsu’s sex slave, while devising a daring plan of escape. Subjected to humiliation and eventually the loss of this brother, Shirou finds himself falling for his captor and his captor falls for him. That’s a very brief synopsis. 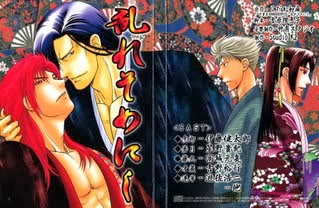 Ms. Kodaka does a superb job as usual. Her artistry is second to none. But the plot totally cliché, unfortunately. Very ‘oh master hurt me’. On the other hand, I found it to be a breath of fresh air. For Ms. Kodaka, it's something completely different from her usual, though graphic as it is. And, I wouldn’t recommend it for everyone. There is a lot of forced sex. So if explicit, rough intercourse turns you off run the other direction. LOL

An offshoot to Samurai Love is a very short insert called ‘Midare Somenishi DJ Adesugata Emaki' (Alluring Scrolls). Once again, if you need a sex overload, please indulge. It’s approximately twenty pages of Sougetsu doing Shirou. Period. So there you have it! I give this yaoi 4 out of 5 flames because I sincerely enjoyed most everything about it and the sex was hot! But the dialogue–not! Yuck. LOL