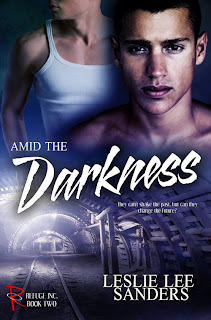 What genre do your currently write? And, is there a genre you'd like to write, but haven't tried yet?

Many authors use a nom de plume, and they may use one opposite to their own sex. Do you think an author's sex or sexual orientation should dictate what genre they write?

No. There are many great authors of both genders who write great in any genre. However, I am one of those people who think using a man’s name, a unisex name, or a name with just initials when writing MM fiction can give you an edge. I think many MM readers feel if the story’s coming from a gay man’s perspective they’re getting a more true to life tale, even if it’s not really the case.

Some authors have issues with character development, writer's block, plot summary etc. What is the biggest challenge you face when writing? How do you overcome the problem?

One of my most frequent issues with writing is lack of inspiration. Only because it’s difficult to write something original nowadays and it takes a lot of creativity to write something readers think is fresh and new. Sometimes I struggle with that. I just remind myself that essentially we all are telling the exact same story, using the same formula, but the little touches we put in the story is enough to make it original.

What has been the single most successful marketing tool you've used to date?

Talking about the book long before it’s released or long before it’s even written has been the best marketing tool for me. I create buzz when the book is barely in the conception phase. I think it builds interest in the story and by the time it is released, readers know the title well because of following its progress and they show more interest in it.

What are you currently reading?

I’m trying to get through the fifth installment of Hugh Howey’s Wool series. I’m so busy writing blog posts, WIPs, articles, pitches and critiquing manuscripts for other authors that I tend to put reading for pleasure on hold … but not for long.

How do you measure success?

Success, for me, is measured in how many goals I’ve completed or how close to reaching those goal I get. Whichever. If I’m at the same place I was a year ago or two years ago, there’s more I need to do before I feel successful. Thankfully, I feel like I have grown and reached many goals since then.

What is your favourite drink?
Coffee.
Are you a cat or dog person?
Puppies.
Love or lust?
Love.

If you could spend the day with any famous author, who would it be? And, why?

If you could indulge free of any consequences, what would be your ultimate sexual fantasy?

Ooh, good question. I’m a fan of the show Bates Motel, so naturally my fantasy would involve Max Theriot (who plays Dylan), Mike Vogel (who plays Deputy Shelby), some cocktails and a steamy hot tub. 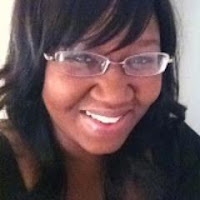 Amid the Darkness (Refuge Inc. #2)

Weeks after an asteroid strikes Earth, hurling Elliot and Adam into a fight for their survival, the two take shelter in an underground compound known as Refuge Inc. Shaking their past seems impossible as it comes back to haunt them, weakening the foundation of their relationship. Elliot, hung up on guilt over his former actions, tries to right his wrongs which leads him face-to-face with the troubling secrets of the compound. Adam's run-in with the enigmatic prophet makes him question Refuge Inc. and the survivors' future.

Working together to uncover the mysteries of Refuge Inc. not only reveals much about the sunless world beyond the compound walls, but exposes the truth about the compound's occupants ... including themselves.

If their haunting pasts continue to dominate, it will steer them directly into a miserable future and their companionship will forever suffer. Either way, they are forced to prepare for the ultimate fight for survival. Can they fight together and make it out on top?

When the heavy, rusted metal door to the compound closed, Adam knew it would be closed for good, trapping him and a couple hundred people underground and away from the devastation on the other side.

The word trapped came to mind only because it perfectly described the claustrophobic feeling that overwhelmed him. He’d thought he’d gotten used to being in such close quarters with so many injured and frightened people. He was wrong. For nearly a month, it never really felt like the salvation he heard on so many people’s tongues.

He made his way through a crowd of people who stood crying, praying and staring at the thick latched door as if they were attending a funeral, mourning the loss of their previous lives. For many, that was exactly what was happening. For others—the women and men in fine clothing who looked like they harbored every necessity they could ever need—Adam was sure it was the beginning of a new life. The glass half full concept.

The skin on Adam’s arm itched under its cast, but he distracted himself by touching the cold metal door with his good hand, a silent goodbye to the hellish world beyond the barrier, a world so familiar yet altered.

A warm hand on his shoulder stole Adam’s attention. He pivoted to stare into worried brown eyes with eyelashes that fluttered uncontrollability like a small winged insect. He smirked.
"What are you doing?" Elliot glanced over his shoulder repeatedly, paranoid. "These people are gonna go nuts any minute and try to knock that door down all at once. You’re asking to be trampled. Come on."

He allowed Elliot to grab his hand and pull him to the back of the crowd and down the hall which led to Pod 4. The long metal corridor echoed with the sound of their footsteps as they made their way to the large shell shaped area at the end.

"I know what the speakers said." Out of the six rooms in the pod, Elliot pulled Adam to the first room on the left and pushed the metal door open. It creaked and whined on its hinges, and echoed back through the corridor. "I’d like to know who’s behind all of these stupid messages before I start obeying them."

"They’re just trying to help ease the panic by answering questions and keeping order." Adam walked into the small chamber and instinctively looked up at the lone rectangular sound speaker that hung from the corner of the cramped room. There were two twin beds in the room, each with a mattress and a box spring on squeaking metal frames with wheels. Just like his room. Adam sat on a bed, looking around at the boxes piled in a corner. "Are you ever going to go through your stuff, get organized?"

Thank you for stopping by, Leslie! The book sounds great. :) All the best. Blak Rayne
Posted by Blak Rayne Books Blog at 10:30 PM