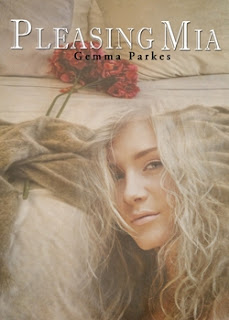 Many authors use a nom de plume, and they may use one opposite to their own sex. Do you think an author's sex or sexual orientation should dictate what genre they write?
No certainly not, but l do know of many men who write in my genre using a female pseudonym. They say it’s easier to be accepted which is a shame. Of course in the past it used to be the other way round with women writers taking men’s names in order to be taken seriously. There are far too many stereotypes in society; creativity should be free from labels.

Some authors have issues with character development, writer's block, plot summary etc. What is the biggest challenge you face when writing? How do you overcome the problem?
As you’ll know yourself, there are many different distractions to contend with, all busily interrupting the flow of your pen (or the tap of your keyboard). But the hardest part for me is writing dialogue. I just don’t like it and edit it to death, before resigning myself to accepting what I’ve written. I find it easier to tell the story or to write in first person and express what I’m feeling, but sometimes dialogue is a necessary part of the story. I’m not sure l do overcome the problem but l do my best to make it believable.

What has been the single most successful marketing tool you've used to date?
That’s a real toughie. I want to say my blog, but without Twitter and Facebook nobody would know about it! Then there’s the mighty Goodreads. Argh! Connecting with other bloggers has to be a must, using sites like Goodreads and Amazon’s author central pages fully to take advantage of all that’s on offer is another positive. Tags are also something that can’t be neglected as they are the essential keywords that readers use to find your book. Choose just one? Tags.

What are you currently reading?
A first edition, signed copy of ‘The Kingmaker’s Daughter’ by Philippa Gregory. It was a Christmas present from my partner and it’s wonderful!

How do you measure success?
For me it’s a feeling of achievement. A sense of reaching my own personal goals.

What is your favourite drink?
Water and Grolsch (but definitely not together!)
Are you a cat or dog person?
Cat. Sensual, sleek, cool, contented, affectionate and lazy! Purrfect!
Love or lust?
Love. Although a combination of both has to be the best!
If you could spend the day with any famous author, who would it be? And, why?
D. H. Lawrence. The man was fascinating. His work was beautiful, inspirational, insightful and passionate. He could paint too! I would love to meet the man who wrote about women with such deep understanding. He was a visionary thinker and had a reputation as a pornographer which was ridiculously unfair. His writing was exquisite and a joy to read. I imagine him to have been a quiet, but witty conversationalist and l would have loved to have known him, if only for a short while.
If you could indulge free of any consequences, what would be your ultimate sexual fantasy?
I’m in a beautiful hotel room, a white fur rug covering the floor, a super king bed with a pure white quilt cover and satin sheets. Through an adjoining door, there is a luxurious bathroom with a deep, sunken bath. Two suave young men, dedicated to spoiling me with their attentive indulgence are my only company. I take a foamy bath with both of them, drinking cool champagne poured for me and handed delicately as l sit between them. Jacuzzi jets softly pepper our naked bodies as we drink. Afterwards, l am patted dry by warm, fluffy towels and I’m kissed and cherished, with soft tongues and gentle kisses as l stand sandwiched between them enjoying the flutter of their fingers and their kisses on my neck, my thighs, my stomach. Eventually l am carried by one to be placed gently on the bed. My hair and toes are toyed with, tugged and stroked and rotated between them. I can feel tongues, fingers, smooth hands all over my body until finally, being no longer able to resist, l yield to their desire and give myself to them completely for hours and hours…but l can’t say I’ve thought about it much!

‘Pleasing Mia’
Blurb:
On a weekend visit to a local nightclub, Scott, a quiet, good looking man, sets eyes on a beautiful girl dancing with complete abandonment on the dance floor. Everybody is watching her, though she seems oblivious to the attention she's receiving. The girl is simply lost in the music. When circumstances lead her to succumb to his quiet charm, Scott discovers Mia’s wild sexual nature isn't restricted to the dance floor. As he struggles to keep up with her sexual prowess and ever changing moods, Scott discovers a side of himself that he hadn't deemed possible. Pleasing Mia is by no means an easy accomplishment. Will Scott succeed?

Excerpt:
Inside his apartment he pulled her to him, wrapping his arms around her and covering her mouth with his own. She took his tongue deeply making his cock twitch in anticipation of being gripped by that same beautiful, welcoming mouth. She started to undo his shirt, he groaned, feeling the tight discomfort of his trouser bulge. Mia reached for his belt and he stood powerless as she unzipped him, easing his trousers down past his knees then brushing her fingers across his full length before removing his boxers too. He let out a soft moan as his cock sprung forward eagerly and she dropped slowly down to her knees before him.

Her mouth brushed against him, first her warm breath and then the tip of her pointed tongue touched the end of his cock before she opened her mouth wide to take him inside. He could not believe she was fulfilling his fantasies. It felt as though she had read his mind. He reached down and stroked her silken hair, watching her take him, her eyes wide and fixed on his. The suction she was creating was thrilling him beyond compare and he desperately tried to hold back from filling her mouth with his fervent appreciation.

Sensing his urgency just seemed to spur her on; she slid her mouth expertly up and down his twitching shaft, creating exactly the right pressure to send him over the edge. He gripped her hair harder, willing himself to hold back, until lust took over and he lost the battle, shooting short, sharp jets accompanied by an orgasm that shook his entire body and caused him to shout out.
“Fuck! Oh Fuck!”

Mia’s nails dug into his ass as he came, mixing sharp pain with the intense pleasure her mouth was providing.

Withdrawing from her slowly, he looked upon her triumphant face, watching as she swallowed his seed, her tongue licking the last of his pleasure from her painted lips.

Standing, Mia smoothed down her dress.
“I have to go,” she said, “Could you take me home?”

For a few moments Scott found it hard to speak, his body still trembled and he was well aware of the fact that he hadn’t so much as touched Mia’s body. He had been hoping she would spend the night with him or, at the very least, stay for a few hours. He felt as though she had provided him with a service, and fantastic though it was, it wasn’t enough.

“Could you stay awhile?” he said.

“Maybe another time Scott.” she sounded cool, a little distant. She was already heading for the door.

Thank you for stopping by, Gemma! I wish you all the best for the future! ~ Blak Rayne
Posted by Blak Rayne Books Blog at 11:00 PM