To Shave or Not to Shave! 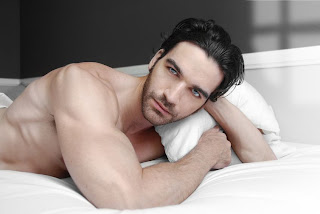 To Shave or Not to Shave!
BLMorticia
Greetings readers! This is another post by the wicked gal about facial hair. Hmm… Ya know, the head Shar, used to be a fan of men with no facial hair at all. I know it started with seeing the group Duran Duran and carried on from there, falling in love with men who didn’t want any stubble or fuzz on their face or otherwise. But now Shar is married to a man with plenty of that on his face and uh other places. *waggles eyebrows* Ahem, I digress. TMI. What was the change Shar?
Sharita interjects: Aren’t I allowed to change my mind?
Sure you are Shar, but I wonder about what some women say about men who don’t shave all the time. They keep it trim or not. Does a beard make a man look more manly?
I’ve noticed when we post pics on our FB page which has become the new place to share gorgeous pic of models, we’ll get comments saying, “Oh he’s not manly looking enough. Too pretty.” In most cases, those men have no hair anywhere but on their heads. 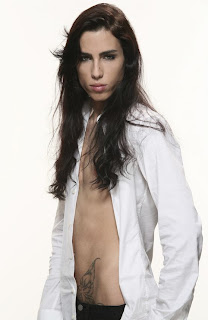 Like this one, who I’m a big fan of. He looks the part of a rocker. *licks lips* He’d probably be considered too pretty or not manly enough for some women or gay men but not for me.
Over the years, men have become more concerned about their appearance. Just look at the models. From the overly androgynous Andrej Pejic to the hunk supermodel David Gandy, who just happens to sport a beard, the fashion world now cares just as much about its male models as it does their females. They have a certain look, some of them pretty faced, some not and the majority of them are clean faced, no body hair. What’s wrong with this? Nothing. It’s all good to me.
In my opinion, it depends on how you wear it. Does it look good on you? If you’re not shaving does it look unkept? Hopefully no birds have made a nest there! *Random Homer Simpson reference* If you are shaving or waxing, *grins* does it work for you? Are you concerned how “femme” it makes you look? In some people’s eyes, men who shave or wax are more metrosexual and or female than their hairy counterparts. If this doesn’t bother you, do what you want! I don’t care either way to be honest. Men are hot, period. Beard or not, hairy or not, doesn’t matter to me. If it adds to your overall smexiness bring it on.
To me, it doesn’t make you more manly with a beard, or less without. How do you sport that look? Are you looking as if you just crawled out the trash? Hopefully not. Whatever makes you comfortable with yourself, it’s all good. I believe it’s almost like the debate about women and their weight. Not the same context but the same stupid stereotypes that people jump on. The fatter you are, you’re considered sloppy or unattractive. How do you carry that weight? And if you are skinny, I hope you’re not anorexic. That’s not healthy.
People need to get over their perceptions and realize beauty is more than skin deep. The personality is part of that overall appearance too. The beard is just a small part of visual appearance. You’re no less manly if you choose to wax and shave your body or facial hair and not more manly if you don’t.
What’s the end result? Are you happy with how you look? In the end, that’s the only opinion that matters!
So do what you want! Shave! Wax! Ooh and if you do, can I watch? *licks lips* Better yet, can I help ya. If you don’t, I’ll help you take care of that.
Men shaved or not are just sexy, period.
Ahem, here is a little from my upcoming book, the sequel to My Lieutenant 2: In his Arms! 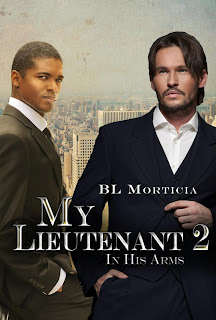