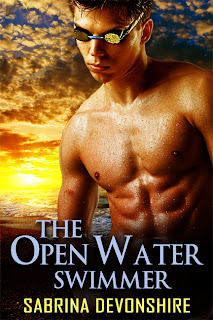 I’m one of those nuts who work well under pressure. Give me too long to finish a project and I give it half-hearted unfocused attention. Light a fire under my behind and soon I’ve pulled one foot under a leg only to learn four hours later I’ve cut off my circulation. The adrenaline rush associated with creating something amazing in a short amount of time nearly matches the thrill of winning a Masters swimming race for me.

Writing books has tended to be more pastime than career until recently. I make a comfortable living at my day job as fitness professional and also take home many freelance magazine writing checks. But still, I wanted to publish a book badly enough that I traveled as far as Prague for writing workshops. But I continued my intermittent pattern of writing for a month or so and then not opening the manuscript again for weeks. The competitive side of me broke out in hives every time another peer published a book while I remained—in the world of book authors the equivalent of pariah—non-published.

Most of my book projects remained incomplete…until I met NaNoWriMo in 2012. In case you don’t know what it is, NaNoWriMo or National Novel Writing Month (nanowrimo.org), takes place every November, psyching up authors around the world so they can push the outside of their writing envelopes and regurgitate 50,000 words on paper in 30 days.

Last October, Facebook friend Mark Biery messaged me to ask if I wanted to participate in NaNoWriMo with him. Keeping in touch with another participate would help keep us motivated, he said. My first reaction was no way. Then I recalled a novel I’d nearly completed, one I believed was marketable. Maybe I can finally get it done, a voice in my head nagged. So I fired a message back saying, “I’m in.”

From day one, I was gung ho. Setting daily writing goals, looking proudly at my numbers at the end of each day, I pounded away on my keyboard. Mark and I exchanged encouraging messages nearly daily. In just two weeks, I finished my romantic suspense, The Open Water Swimmer. I spent the rest of the month reworking it. Shortly thereafter, I landed my first contract with Extasy Books and the book was released September 15th.

I finished a second book, Message from Viola Mari, to be released in December or January, on a trip to Cancun during a five-day period I committed to writing.  I’ve found writing retreats another effective method for getting quality writing done under the gun.

This November, my NaNoWriMo project is finishing the draft for my third book. I can almost hear the swim competition starter saying, “Swimmers take your marks, go!” I’m high on the adrenaline rush. I’m going for it, I know I can make it and I only have another 29 days to go.

Thank you for sharing, Sabrina! It was great to have you here! ~ Blak Rayne
Posted by Blak Rayne Books Blog at 11:30 PM