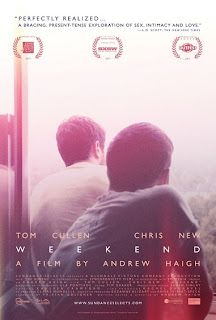 Movies are strictly meant as a source of entertainment, no different than books. They can, and often do, provide escapism from our boring lives. And, depending on the script and actors’ abilities to portray the characters, most movies can be enjoyable as well as humorous, heart rendering or even thought provoking. But no matter the feeling you walk away with, whether wonderful or dare I say disappointed, every movie leaves an impression.

Just recently I decided to disconnect our cable; the cost was reaching an astronomical level. In replacement of the cable, I purchased a VHF/UHF antenna and hooked it to our TV. Viola! Instant guilt free TV–as my son coined the phrase. Along with the antenna, I reopened my account with Netflix. And, I hate to say it, but the savings are huge. If you don’t have Netflix, seriously look into it, it’ll save you a bundle. The secret: the more you watch the more options become available. Anyway, Netflix has some really great content, which includes gay and lesbian films.

My first choice was the 2011 UK movie Weekend, directed by Andrew Haigh, and starring Tom Cullen (Russell) and Chris New (Glen). I read the brief synopsis then pressed play. In my humble opinion, sometimes this is the best way to pick a movie–no preconceived notion, no knowledge–simply watch and come to your own conclusion. 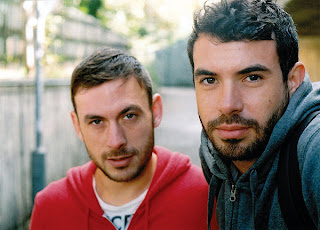 Russell is a rather introverted lifeguard, who wants to keep his homosexuality private. He has a traditional if not, almost revered view of what a relationship should be. In the first scene, he visits his straight friends for a dinner party then later ventures off to a gay bar where he meets Glen. The scene cuts from the bar to the men waking up together in Russell’s apartment. Glen proceeds to tell Russell about his art project in which he interviews gay men about their coming out. Initially, Russell thinks Glen is joking until he winds up on tape.

As a work-class stiff with self-assured ideals, Russell is at the opposite end of the scale from middle-class, free-loving, and outwardly superficial Glen, who doesn’t hold any faith in tradition and commitment. The tape recorder acts as an impartial third-party between the men, forcing both to voice their true feelings on life, love, sex, and relationships. 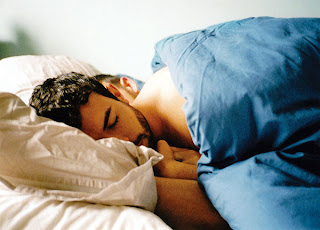 Even though their encounter was purely sexual at the start, a truly incredible bond develops between the men as they spend the weekend together. As time draws to a close, it comes to light, that Glen wants to move to America, where he’s made plans to start a new life. Russell takes the news hard, and Glen is forced to make a choice.

What I found most intriguing about this film was the gritty realism. Here, you have a couple of average guys, who are simply trying to express their feelings, determine what they want out of life, and navigate through the sometimes painful process of dating. I don’t care if you’re gay or straight a one-night stand is a one-night stand. Accidentally meeting someone you think might be your soul mate, but then finding out differently, isn’t a dating perk reserved for only straight people. Gay men face the same challenges everyone else does.

Andrew Haigh did a superb job. The script voiced a sincere but clear message, and Cullen and News’ portrayal of single life for gay men was exceptional. Weekend was uncompromising, romantic, sexy, honest and above all real. Five stars!