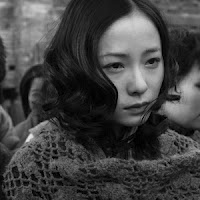 Every culture has some form of prostitution, and every culture has a history they'd dare not speak. The Japanese definition of prostitution is: 'intercourse with an unspecified person, in exchange for payment'. As a result of this dubious distinction, most sex establishments in Japan offer what's called 'non-coital' services, which allows them to remain legal (on the fringe of legal). And, I suppose, this would be classified as foreplay without actual intercourse?

The whole sex trade industry in Japan is huge and has been for centuries, with a multitude of purchasing arenas, where you can pretty much find any service imaginable. Several hundred years ago, prostitutes in Tokyo were divided into classes, where the men of Japanese society purchased according to their status in life and what that status could afford them. In layman's terms: the higher the class, the higher-class prostitute. 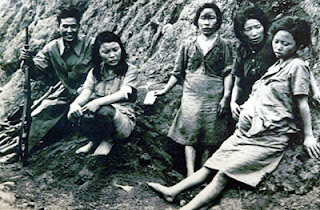 This openness towards sexual deviancy isn't necessarily healthy as Japanese statistics show that eighty percent of Japanese men admit to cheating on their spouses regularly, and over sixty percent of Japanese marriages end in divorce. It seems that this behaviour is commonplace and widely accepted, even though Japanese women don't like it. According to a more recent study, the tides are gradually changing, as Japanese women ascend the corporate ladder (so-to-speak) of success, which includes their separation and financial independence from their male counterparts. Seen to be more powerful, these women have chosen other racially suitable men as husbands. Maybe this is why I've noticed a growing number of Japanese women with Caucasian, Black and European men.

Aside from the norm, there is a darker side to Japan's prostitution history, perhaps something that most aren't familiar with. We've all heard of human trafficking-countries such as Russia and Thailand are infected with it, but there is another country that's more prolifically involved with the illegal sex slave trade. According to the United Nations Office on Drugs and Crime, Japan is one of the top destinations for victims of human trafficking in the world today. Wikipedia -  *Women and children from East Asia, Southeast Asia, Eastern Europe, Russia, and Latin America are trafficked to Japan for commercial sexual exploitation. This would explain the high ratio of non-Japanese prostitutes to Japanese prostitutes. Approximately eighty-five percent are non-Japanese.

Another part of Japan's questionable history reaches even farther back to the 'geisha', and in times of war, to the 'comfort women' that serviced brothels for the Japanese military–yes, you read correctly. Hundreds of thousands of young women that lived under Japanese Imperial controlled countries were abducted from their homes. In the majority of cases, the women were lured away by promises of work. Once taken, these women were incarcerated within what was called 'comfort stations' throughout different parts of the world, many were raped at gunpoint, threatened and mistreated, even coerced into hard labour. It's well documented that the Japanese military took the women by force. The 'comfort stations' were run by private agents, under the supervision of the military while others were run directly by the Imperial Japanese Army. Of course, the Japanese government has tried to deny such vulgar claims of army brothels and abuse, though there are recruitment advertisements and propaganda posters from nineteen forty-four, testimony from countless women, plus photographs and eyewitness accounts. Some four hundred thousand women were basically held hostage and abused by soldiers and the Japanese government. I feel a sense of great loss for these women and I can't begin to mentally calculate the emotional scars. What they endured and carried into their future lives must have been a nightmare. Sadly, so many suffered permanent physical and psychological damage. I used to think as a child, naively, that some cultures are above such atrocities, but no more. No race is lily white.

The book listed below is a firsthand account of some truly amazing women.