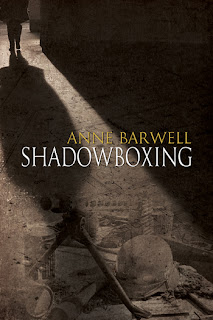 Welcome to BRB, Anne. I've heard so many wonderful things about New Zealand, it's a country I'd love to visit. Anyway, thank you for being here today. I'm going to jumpstart this interview; tell us about yourself.

I live in New Zealand, and work in a library as my 'day job'. I have three children, all of which have left home, although one of my twin daughters still comes home during the uni breaks. Meantime I share my home with two cats who think they own the place – we're still debating that but for the moment they're winning ;)

Which appears first when contemplating a new project: A character, the plot and/or the title?
Characters and plot often appear at the same time though often one before the other, and not always the same order with each new project. The title is a strange beast, sometimes it shows up first, but more often after the characters and plot are in place although I don't like working on a project with no title. It flows better once I have one.

What’s the hardest part of a novel for you to write: Beginning, middle and/or end? Why?
It depends on the novel. Some stories come with the beginning and ending all mapped out, it's just filling in the journey in between. Others it's getting the beginning so it's just right – wording wise, and others it's the end. The middle part – the journey from A to B often changes as I write and the characters do their own thing, but that's a big part of what I enjoy of the 'process'. For that reason I'm tending to bullet point my 'road map' rather than plan out too much and the details happen along the way, often causing me to adjust the original bullet point.

Has your own life influenced your novels? And if so, how?
Not really, although my reading habits have influenced the genres I enjoy writing in. Some of my characters have a musical background and that is influenced by the fact I am a musician so it's a subject upon which I can write fairly confidently. In one story I want to write one of the characters works in a library as do I, and I'm setting the story in Wellington, where I live. I also tend to write my characters a little older, usually late 20s onwards as otherwise they feel just a little too close to the age of my children.

Writing sex/romantic scenes can be a challenge for some authors. Do you find it difficult? If yes, how do you compensate? If no, where do you draw your inspiration?
I don't find it difficult, but I tend to only include sex scenes if the story, and characters, call for it. Often I'll fade to black and give them the privacy they want. If it's 'onscreen' I tend to focus more on the emotional response rather than the physical. There's only so many ways to describe the act, and it runs the risk of getting repetitive and boring, although of course some description is needed to visualize the scene and certain characters like to 'wax poetical' about how hot their partners are ;) My characters are a romantic lot, and when it comes to those scenes, I just let them 'go for it'.

Who is your favourite character, which you’ve created? And why?
I'm hesitant to say Christian, from Cat's Quill, because he'll be smug about it. For someone who wasn't in the original idea for the story, he's become a key player to the point where he thinks he should get a POV in the final book. We're still 'discussing' that one. I have a soft spot for Christian because he's a complex character, someone who hides his pain by being a smart arse, but is a loyal friend and not someone I'd want to have as an enemy. He has been through a lot of crap and heartache, some of which he's still working through, but to say anymore would be major spoilers for those who haven't read the book yet.

Just for fun–
What is your favourite colour(s)?
Purple
Which do you prefer a great hero or a great villain?
A hero who makes mistakes, and isn't exactly 'great'. I prefer shades of grey, and someone who isn't all 'good' or 'bad'.
What is your favourite movie? And why?
I'm not sure I have a favourite per se, but one of my 'comfort' movies is Notting Hill. I love the story, the romance, and the characters. It's a classic boy meets girl who seems out of his reach but there's a happy ending. Love finds a way.
If you could be anyone in the world who would it be? And why?
That's one I've thought about a few times, but I think I'll just stay as myself. I look at other people, but really what do we know about what's going on in their head and underneath what they show the world? Besides, if I wasn't me, who would write the stories I need to tell? And I might end up as someone with no imagination who doesn't write, or worse still, doesn't enjoy reading. Ugh.
Where do you see your writing career in the next five to ten years?
I'm focusing on building a back list, so ideally I'd like to be 'known' out there as a writer, at least within M/M publishing, and have a fair few published novels and novellas to my name.

Berlin, 1943. An encounter with an old friend leaves German physicist Dr. Kristopher Lehrer with doubts about his work. But when he confronts his superior, everything goes horribly wrong. Suddenly Kristopher and Michel, a member of the Resistance, are on the run, hunted for treason and a murder they did not commit. If they’re caught, Kristopher’s knowledge could be used to build a terrible weapon that could win the war.
When Michel contacts the Allies, hoping they can work together, it isn’t long before the so-called “simple” mission becomes anything but. With both men realizing they can no longer ignore their growing feelings for each other, Kristopher and Michel must fight—not just for a chance of a future together, but for their very survival.

“I’ve got you,” Michel whispered soothingly. Kristopher’s breathing was ragged, his face covered in beads of perspiration. Now that his attention wasn’t totally focused on putting one foot in front of the other, it was more difficult to hide whatever was wrong.

His eyes glazed over; he was fighting to stay conscious.

Jerking free from Michel’s embrace, Kristopher reached inside his shirt, his hand brushing gingerly against his shoulder. He bit down on his lip but didn’t manage to hide a murmur of pain. A frown creased his forehead when he removed his hand and held it up to the light, staring at it. “Michel,” he said slowly, “is that blood?”

Blood? Oh God, no. Michel’s mind returned to the gunfight and the shots Reiniger had managed to fire in Kristopher’s direction.

Kristopher stared at his hand as though he didn’t believe it was his. His eyes began to close. He blinked, whimpering. “I don’t feel right,” he whispered faintly. He let his hand drop to his side.

“Kristopher, you need to stay awake.” Michel slid his arm around Kristopher’s waist, trying to help him stay upright, but Kristopher pushed him away, pulling the borrowed jacket more tightly around himself. His eyes fluttered then he slowly reopened them.

Michel gently replaced his arm around Kristopher’s waist holding him close again. This time there was no argument. “I’m sorry, Michel.” He gave Michel a shaky smile. “I’ll try, but I’m so tired.” He groaned, his head drooping before he pulled himself awake once more, leaning more heavily on Michel. “I just need to sleep. I’ll be fine once I sleep. I only wanted to make the world a better place.” He looked up at Michel, his expression pleading, his fingers gripping Michel’s sweater. “I tried to stop the nightmares. Please, you have to help me… put… things… right.”

Kristopher’s eyes began to close. He shivered. “It’s cold. Why is it so cold?”

“Kristopher… please. Look at me.” Michel lowered Kristopher carefully to the ground and felt for his pulse. It was fast and irregular, his skin cold and clammy to the touch. “You need to try and focus.” Michel’s fingers shook as he eased the jacket from the shoulder Kristopher had favored. The inside of it was soaked in blood. Michel’s breath hitched, but he forced himself to examine it more closely. He was no doctor, and it was difficult to tell how bad the wound was, just that it had obviously been seeping for quite some time.

God, how had Kristopher managed to get this far? Michel knew that Kristopher was strong willed and stubborn but this…. Michel bit his lip. If he didn’t get Kristopher to a doctor and soon…. Michel grabbed a handkerchief from his pocket and rolled it into a makeshift pad, pressing the cloth against the wound in the hope that pressure might at least help
staunch the flow of blood.