WILL GAY BOOKS OR MOVIES TURN ME GAY? 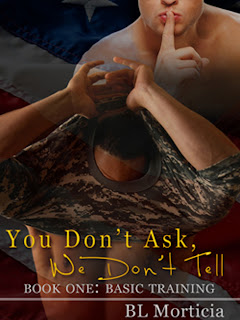 Will Gay Books or Movies Turn Me Gay?
BLMorticia

Ahh! No it couldn’t be! Its, its’ A HOMOEROTIC SCENE! Wha? What’s that?

Ooh you know, it’s a gay scene, you know two men kissing, groping, maybe one drops to his knees like he’s about to give the other a blow job? *laughs* “Fuck no! I can’t watch this!” Quickly you get up, so fast you almost trip and fall on your face. You storm out the room and into the kitchen to have a drink!

This hilarious scene is what Shar experienced when she watched the movie Dorian Grey with her husband. Read more about that here.

Oh boy! What did you think was going to happen? Did you think this little scene would do something to your brain and make you suddenly want to be with a man instead of your hot girl(s)? Good grief!

The article where Shar mentions this as well as a HILARIOUS tweet from one of my fave writers and best pal’s Daisy Harris, made me want to write this blogpost. She tweeted about her new book, Built For It, which is on my buylist. Her message, which was tongue in cheek, “My book is so hot, it turned my husband gay!” #falseadvertising. A little memo for those who don’t Tweet. #hashtag might get people to notice the message more because it’ll trend. It certainly caught my eye and I let her know how funny that was. Then I got to thinking, is that the fear straight men experience when they don’t want to watch a gay scene or read a book that has homoerotica?

Sounds silly doesn’t it? Like it’s some kind of plague or something and as Shar points out in her article, these are the same men who say they aren’t homophobic. Oh but you are, man! Dammit what’s a phobe?

Anyway, no offense to Shar’s man and many across the globe, or fuck maybe you need to be offended.  If you think seeing these kind of scenes are an issue, you may need to get a clue. There’s nothing wrong with seeing two men or women kiss on screen or reading it in a book. It’s quite hot actually!

Doesn’t turn you on? Okay, that’s your prerogative if it doesn’t but really? Must you run away from it? C’mon! No big deal. “I just don’t want to see that.” Yeah Shar feels that way when a slasher scene comes up in a horror movie. It’s a fear of what she see’s, that my dears is phobic. Same thing applies to you men who runaway from a movie PHOBIC, say it with me, P-H-O-B-I-C! Homophobic.

We’ll talk more about that later. Right now, leave me your rants. Why are you so afraid? Do you feel it will turn you gay? And oh shudder, if it did, is it a problem that it turned you on? Hell, not for me. It’ll make me love you more.

Cody is unaware he’s stepped into the platoon that makes the gay man realize his true potential as a well adjusted uncloseted male in the homophobic society. Morrie makes sure of that along with his right hand man and boyfriend, Lieutenant Darios Bright.

Cody will walk out of company 9669 with a new outlook and respect for his newfound manhood. The men in the platoon will see to it.

All information in the book about army life is factual while the company itself is all fiction as well as the characters. Its intent is to be humorous while showing the growing pains of a young man as he learns how to accept his homosexuality and the relationship with his lover without fear.

Book one begins with the introduction of Cody McCayne and his childhood friend Dari Kirk who’ve been having sex on the down low for a while until they’re found out. This scares Cody and he decides to cease their relationship.

Due to the constant taunts and chiding of his father and peers, he decides that joining the army is the answer for him to “get right” in his words. He thinks this will dispel his gay persona and make him a real man.

However, during his ten week tenure he’ll meet the characters at Fort Jackson of company 9669, the only all gay and lesbian platoon who operate as straight soldiers by day but play and teach at night. This section is run by Captain Morris Dunst and his lover, first Lieutenant Darios Bright.

For more information, please visit, http://www.thelitriad.com and to ask any questions, email srlmort71@gmail.com

Signup for Newsletter
Thanks for stopping by, BL. Great post as always! ~ Blak Rayne
Posted by Blak Rayne Books Blog at 11:30 PM