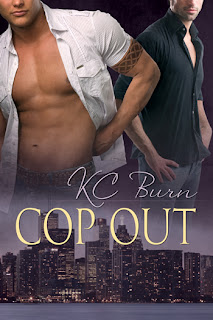 I’ve never had a bad break-up.  Each time I had a relationship that was crumbling, I was more than ready to ditch it and start anew.  There may have been a few regrets, but there was no angsting, no tears (on my part) and I was able to walk away, wiser perhaps, but not particularly upset.  I guess I knew that none of those boys were forever.   I’ve been with my forever-boy for almost 20 years now, and don’t foresee any trouble on that front, so I only have my imagination and my observational powers to rely on.

But that’s not the trickiest thing.  Back when I was breaking up with guys there was no Facebook.  Hell, there was no MySpace.  The internet was in its infancy, and I’d just turned in my Commodore 64 for a computer with a monochrome monitor, a dot matrix printer and a word processor call Norton Commander.

Break-ups were exercises in avoidance.  Didn’t matter if you both went to the same school, worked at the same place, shared friends, or dated each other’s friends.  You were only at school or work for a defined number of hours per day, and unless you shared a cubicle with the former object of your affections, it’s surprisingly easy to dodge people.  Socializing outside of school or work could be harder, but even then, parties were filled with people who weren’t your ex and alcohol could ease the pain of seeing them making out with a new person.

In the solace of your home, you listened endless to maudlin songs (I Know It’s Over by The Smiths comes to mind) and perhaps wrote bad poetry.  You either stayed friends, or you didn’t and life moved on.

Facebook and other social media have added a whole new layer of complexity to the break-up.  Do you unfriend your ex?  How do you avoid seeing mention of him EVERY DAY if his group of friends overlaps yours?  Checking his relationship status is the simple matter of a couple of clicks, rather than the tortuous and humiliating process of getting one of your friends to ask one of his friends if he’s seeing someone new.

What if he starts dating one of your friends or work acquaintances?  You might face constant reminders of his new relationship in your news feed.  Yet, you can’t very well block everyone.  Because here’s the thing… people make plans via facebook.  They post to twitter or facebook instead of phoning.  They stay connected via social media.  Which makes socializing and dating a much different prospect than when I was single.  And also makes the break-up a lot more complicated, and more difficult to get over, not even taking into account how much easier it is to stalk someone over the web than in real life.

Even with people you know well, the internet has a tendency to dehumanize interactions and it’s very tempting to say awful, horrible things that you’d never say to someone in person.  And that’s just discussing whether Spiderman could beat Superman in a fight, never mind when you’re hurt and angry over a break-up.

The silver lining?  Now you don’t need to own the *whole* album.  You can just download I Know It’s Over from iTunes seconds after serving walking papers.

Oh, and the break-up scene I’m writing?  I took the easy way out, and had them break-up ten years ago.  That trick’s only going to work once, though, so I better get my head firmly around dating in the digital age.

Wonderful post, KC. Thank you for sharing. It was great to have you and I hope your future is a huge success!
Blak Rayne
Posted by Blak Rayne Books Blog at 9:17 PM