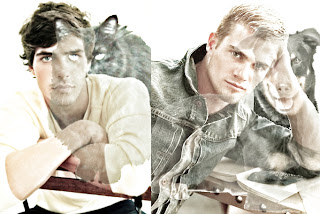 “You try standing on your feet for eight hours and then tell me that,” Alfie grumbled.

“My feet are the only thing I stand on. Hand walking is not in my repertoire.”

“You know what I meant, Ter. Besides,” Alfie smirked, “technically you do walk on your hands at times.”

“True, we both do.” Terry moved Alfie’s foot out of his lap, stood and stretched. “You cooking or are we going the delivery route again?”

“Delivery. Cooking is not in my game plan at the moment.” Alfie wriggled his feet, sighed contentedly, and said, “I hope we get find out something soon. I’m not really cut out to be a clerk in dollar store.”

Terry smiled in commiseration. “Just keep your eyes open and your mouth shut. We know that Knox is using his shop as a conduit for stolen goods; we just have to prove it.”

“Yes, oh lord and master. Your wish and all that. Did you get anything more out of our client?”

“Other than pissing and moaning that Knox set him up? Not ace, duce.”

Alfie smiled tightly. “It’s not as if Dember would actually end up spending any time in prison all things considered. But I get that he’d rather not be inside even for a few hours if he can help it. I’m surprised he even stuck around to try to clear his name.”

“He told me today that he wouldn’t have if he hadn’t been ordered to.” Terry opened his cell, looking questioningly at his partner.

“Anything that doesn’t involve salad and I’m good. Leafy green is not me.”

“No shit.” Terry scrolled through the list of delivery restaurants, nodded, and made the call to order their dinner. 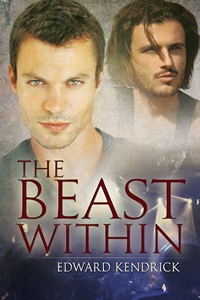 A cannibalistic serial killer targeting gay men is on the loose.
Devin, who has become increasingly erratic in the last two months, just split up with Gary, his lover of three years. Vanni, a habitué of the gay clubs, makes extra spending money on his knees in the club johns. Is one of these men the killer? Or will one of them instead become the killer's next target?
Detective Hollis Robbins is in charge of the case. He intends to stop the killer, if he can.
When the killer strikes again the four men's lives intertwine as the search for the murderer intensifies. Will the attraction that two of them begin to feel for each other survive the hunt? Do they have the strength to continue on after tragedy strikes and teaches them that love can be bittersweet?

"Hey, where you headed now?"
Gary looked over his shoulder and gave a hint of a smile. "Nowhere, everywhere. Hell if I know. Just away from here."
"Come on, Gary, it's not so bad." Devin walked quickly toward him, hand held out. "Stick around and unwind."
Gary glanced down at the hand then up at Devin again. "Dance? That does nothing for me."
"So we do something else." Devin let his hand drop down to his side again. He was tempted to just turn and go back to the dance floor. To find someone else and sate his need to wipe away the last month. But… He bit his lip. "Come on, just one dance?"
"What would that accomplish? It's over, done, finito. No more games, Devin. You've changed and it's… not working anymore." With that said, Gary walked quickly out of the club.
Devin watched him go and felt empty inside. When someone touched his shoulder he spun around then smiled bitterly. "If you're here to watch the meltdown it's not happening."
Vanni chuckled softly. "Of course it's not. He's not worth it. Come, let me help you forget him." He held out his hand and Devin took it.
The lights, the mass of humanity on the dance floor, the throb of the music, all began to work their magic and soon Devin was lost in a world beyond reality. Faces spun by until they blurred into one, known and unfamiliar at the same moment. Hot bodies, lathered in sweat, glistened eerily under the flashing lights as they moved chaotically to the sounds of frenetic instruments.
Vanni held him tightly while he wove an erotic spell around Devin that only heightened the other sensations. Desire swelled within him just as his cock swelled beneath the tightness of his jeans. He needed… he needed…
"No!" Devin broke free, his eyes wild. They glistened green and red and gold as the multi-colored pulsating beams flashed over them.
"Devin!" Vanni said sharply.
"I can't… I need…" Devin spun around to thread his way erratically through the whirling bodies to the door. As he got to the door he glanced back to see Vanni watching him, his face devoid of emotion before he turned away.
Probably looking for the next man willing to dance with him, Devin thought in disgust.