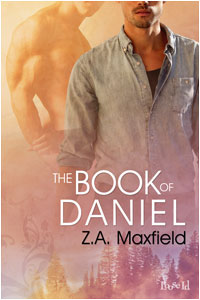 If the price of loving Cam Rooney is honesty, Dan Livingston is willing to pay. Especially since lies from the past, family secrets, and greed could cost them both what matters most.

Daniel Livingston is finally free. He’s come clean about his passionless marriage and moved to St. Nacho’s where he can spend time with his brother. Now he’s ready explore the endless sexual buffet being hot and rich and single has to offer.

The problem is a firefighter named Cameron Rooney who haunts his every waking thought and half his dreams. No doubt about it. Cam is going to require a level of honesty Dan has never before considered, and in order to achieve that, he will have to turn his life inside out. Coming clean to his ex-wife will cost him money, doing right by St. Nacho’s will anger his business partner, and exploring a painful family secret will hurt the one person Dan has sworn to protect.

Cam’s faith in Dan is tested and Dan’s belief in himself is nearly non-existent. In the end, forging a new path could cost him everything or net him the most important score of his life in The Book Of Daniel.
Publisher's Note: This book contains explicit sexual content, graphic language, and situations that some readers may find objectionable: male/male sexual practices.

I had to smile at that. I had no doubt. My hand had been crushed between the seat and the door, and Jake refused to leave me, even though it was a massive pileup in the fog, with impact after impact. The worst night of my fucking life, and there was Cam to save the day.

I’d tried to get my brother to go to safety, but he was stubborn as hell. In those awful, endless moments before rescue I thought we’d both die right there. Then Cam’s face appeared in the window on the driver’s side. His gauntleted hand shone a flashlight into the crushed passenger compartment of my once-beautiful Lexus, and he’d grinned at us like a blond angel.

Did he think I wanted Jake to stay with me?

“I tried to make him leave.”

“I know you did,” Cam said in that quiet, soothing voice I’d never heard before. “It was obvious you were hiding how badly you were injured. You weren’t about to let him see the pain, so you joked it away. Lied like a damn rug. After he left, I saw what you didn’t have to hide anymore. Excruciating pain. Terror.”

I had to clear my throat to talk above a whisper. “He’s my kid brother. I look after him. I always have.”
“Then why’d you treat him like you did last night? Can’t you be happy for him? Can’t you hide your feelings when his happiness is at stake and not just his life?”

I had no answer. I still didn’t know why I’d reacted the way I did. Part of me understood I’d become an accomplished liar. Why couldn’t I lie about that?

I nodded again to let him know I’d heard him, and we both jumped a little when Jordan came back. I felt Cam’s eyes on me while Jordan iced me down again, and then I heard him leave.

For a beat or two I was inexpressibly bereft. I wanted him to say my name again because it felt so damn good.
“You’re swelling.” Jordan sounded concerned.

“I’ll be all right. I’ll elevate it, and in the morning it will be fine.”

“Are you sure you shouldn’t see a doctor?”

Jordan’s boss, Izzie, poked her head in. “You okay, Dan? I heard you got hurt.”

“I never look good when I leave this place. I’m going to go home and rest up. I promise if it swells up more or if there are any other problems, I’ll go see the doctor, all right?”

“What do you think?” Jordan asked Izzie. I thought that was odd at the time, because while Izzie is a lovely woman, as far as I knew she wasn’t a doctor.

“Why are you asking her?”

“Izzie’s a perceptive,” Jordan said before turning to her again. “What do you see?”

“Zip.” She shrugged. “Which is really weird. I can count on one hand the times this has happened to me.”

I looked up from where I’d been studying my hand. “I’m sorry. What are you talking about?”

“Izzie sees auras.” Jordan announced that like he was observing the weather. Like, the sun is out.

She shrugged. “Dan is a blank wall.”

Maybe that wasn’t a bad thing to be. I imagined if she actually could read my “aura” the news of what she saw there—my undeniable, foolhardy attraction to Cam—would circulate around the gym faster than athlete’s foot. I was only too happy to be her blank wall.
“Okay.”

Her lips quirked up in a tight smile, and I wondered if she knew what I was thinking. A second later, she left me without a doubt.

“I wouldn’t be too happy about that, Mr. Livingston. What happens to a blank wall is anyone can write anything they want on it.”
Posted by Blak Rayne Books Blog at 8:39 PM