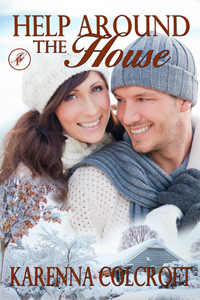 When did you know you wanted to become a writer?
I think I was about three or four. I learned to read early, and I was always making up stories and telling them to my parents or my stuffed animals. So even back then, I knew I someday wanted to see my stories in books like the ones I read.

Who and/or what prompted you to write your first novel?
I wrote my first novel, or at least novel-length manuscript, when I was twelve. No one prompted me to write it, and I can’t even remember now where I got the idea. It was about a girl who was picked on at school, who made friends with the “new kid” and discovered that her new friend was actually from another planet.

What’s the hardest part of a novel for you to write: Beginning, middle and/or end? Why?
The end, because by the time I get there I don’t usually want to stop writing the story. Plus I know that reaching the end means I have to revise and submit the thing, and that’s scary sometimes!

Has your own life influenced your novels? And if so, how?
Somewhat. In my earlier stories, most if not all of the heroines had abusive pasts, which I do as well. After one of my publishers got on my case about it, I haven’t really been writing heroines like that, but it does still crop up occasionally.

Writing sex/romantic scenes can be a challenge for some authors. Do you find it difficult? If yes, how do you compensate? If no, where do you draw your inspiration?
I do find it difficult because of my past, and also because sometimes I’m not very good at describing things. I’m extremely visual, so a lot of times writing a sex scene involves picturing the scene in my head and then trying to translate it into words. Usually I just push through it in the first draft, then polish it up when I revise.

Are your characters based on people you know? Or are they completely fictitious?
Some of both. In my novel Shiny Objects, which was released August 20 by Passion in Print Press, the two heroes are based on people I know. Corin is based on my husband; Niko is based on an old friend of mine. The heroine, however, is not based on me—much. LOL. My husband has inspired a couple other characters of mine as well, and I have intentionally based one or two heroines on myself. There are other characters who are based, at least partly, on people I know. I think the majority of my characters are pure fiction, though.

Who is your favorite character, which you’ve created? And why?
Kyle Slidell in my M/M novel Salad on the Side, which came out from MLR Press in June. He’s a complete wiseass, very irreverent but also very caring toward the man he falls in love with, and he was a lot of fun to write. I recently got a contract for a sequel to that book, which will again feature Kyle as the main character.

Can you tell us about your latest release? Give a synopsis.
My latest release is Help Around the House, which just came out September 1 from Pink Petal Books. In the two years since she lost her husband Royce, Jodie has struggled with being a single mother to her two young children, plus juggling a full-time job and home ownership. She’s come to depend on her next-door neighbor and good friend Todd, whom she’s known for years. Now Jodie believes she’s ready to move on with her life, and Todd is the man she wants to move on with. But she isn’t completely sure she can move on, and Todd isn’t used to being in a relationship, so it isn’t smooth sailing.

What’s your newest WIP? And when we can expect a publication date?
I just finished the first draft of, and am now doing pre-submission revisions on, a werewolf novel called Beta Test. It’s a hetero romance and will be submitted to Passion in Print Press, and it’s set in the same universe as Salad on the Side. I don’t know about a publication date; that’s up to the publisher.

Excerpt from Help Around the House:

Todd took Jodie’s hand and led her outside. “You do deserve some time without having to worry about them,” he said. “I know leaving them to go out with me isn’t easy for you. I think it’s harder on you than on them.”
“Probably.” That didn’t make Jodie feel any better.
They got into Todd’s car and he headed into the nearby city. On their other dates, he had stuck closer to home, and Jodie was surprised that he’d chosen differently tonight. Apparently he’d decided to make this a more special date than the others. “What’s the occasion?” she asked, looking at the brightly lit skyline ahead of them.
“You are.” He rested his hand on hers. “I did a lot of thinking this week. And then there was the conversation we had last night. That knocked some sense into me. You deserve a lot of good things, Jodie, and I’m going to give you as much as I can.”
“Thank you.” She smiled at him. His words warmed her. It was nice to be taken care of again.
“You’re welcome.” He grinned. “And if you’re particularly grateful for the date and dinner tonight, feel free to show it at my place.”
Jodie laughed. “Typical guy.”
They ended up at a restaurant in the city’s south end. A small, dimly lit restaurant in an old brick building that had once been an apartment house. The host and waiters wore formal suits, and the small round tables were covered with linen cloths. Each table held a single candle in the center. The host lit the candle on Jodie and Todd’s table as he seated them.
“This is going to cost you a month’s mortgage,” Jodie said after the host walked away.
“You’re worth it.” Todd smiled. “You do look beautiful.”
“And you look very handsome. This is still too much.” Jodie folded her arms over her chest. “I appreciate this. I really do. But from now on, I’d like to stick to places that don’t charge more for a meal than I earn in a week.”
“All right.” He took her hand and looked into her eyes. “Maybe I am going overboard here. I want you to have good things in your life. I know you don’t treat yourself to much, so I wanted to do it for you.”
“You’re a good thing in my life,” she replied. “I don’t need fancy meals in fancy restaurants to like being with you. So let’s just keep it simple, okay?”
“Okay.”
At Todd’s urging, Jodie ordered the meal she wanted from the menu, even though the price made her cringe. The food tasted wonderful, and Jodie considered it almost worth the cost. She still wouldn’t let Todd bring her there again.
After Todd paid the check, which he refused to let Jodie see, they left the restaurant hand in hand and returned to Todd’s car. “Do you want to go anywhere else?” he asked. “A movie? A walk in the park?”
Jodie shivered and shook her head. “It can’t be more than twenty degrees out here. I don’t think this is park weather.”
“Good point.” He put his arms around her. “Is that better?”
“Much.” She snuggled against him. “I think I’d like to get into your heated car and go back to your heated house now.”
“I like that plan.” He opened her door for her and closed it after she got into the car, then got into the driver’s seat. “Are you sure you just want to go home?”
“I just want to go to your house,” she corrected. “Our date isn’t over yet. We’re just moving it to somewhere more private.” Her hunger for him grew with her words. There were so many things they could do in private, and images of several of them floated through her mind. Her nipples hardened, and she imagined Todd sucking them.
His car probably wasn’t the best place to put her fantasies into action, though. Especially in the middle of winter.

Posted by Blak Rayne Books Blog at 7:46 AM