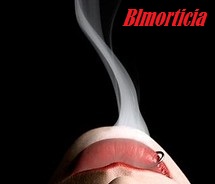 Greetings peeps. Welcome to another post from the wicked gal, BLMorticia.
Today, I’m posting about the music I use as inspiration while writing. What does that usually entail? Well it could be anything from something simple like some light jazz or contemporary to something heavy like Devildriver or some old fashioned Metallica.
A lot of writers complain they must have complete silence, that the music distracts them when they try and create. Well, I’m different. I need the music especially if the scene is highly emotional or tense filled.
If it’s a light hearted scene with a bit of comedy? Maybe something upbeat or a dance tune that gets me thinking some happy thoughts or if it’s overly romantic with hot sex, like the first scene between Nathan and Bryant in My Lieutenant, it was some slow, “baby making,” tunes like Sade or the Love Jones Soundtracks, which all of us muses listen to frequently.
However, since I am the wicked muse, I mostly turn on the heavy metal to write by. During You Don’t Ask, We Don’t Tell, a lot of the moments with Cody as he tried to deal with the fact he was gay were tense and needed that rockin’ soundtrack to get him thinking of angst. For that, I turned on the iTunes satellite radio and left it on the Dark Metal station.
Perfect music for the angsty piece! Old Metallica, Lamb of God, Pantera, old Sevendust, Slater, etc to get Cody in the mindset of anger over his father, his situation where he left behind his lover, and dealing with his own mistake of joining the army when he didn’t have to.
*raises the hands and flashes the horns*
Throughout I felt the agony from my character and all because of the music I had in my ears.
Look for You Don’t Ask to come out in 2012 from Rebel Ink Press and as always, for more on me and my alt muse Rawiya please visit The Two Faces of Erotica.
Thanks to Blak for having us as always. Please leave me your thoughts. What music gets you going?
Music is the inspiration to life, I think. I love film scores, especially 'The Sherlock Holmes' soundtrack. Hans Zimmer's musical creations inspired the action sequences for my Benevolence series. It was great to have you as always, hun. Thank you for the article. Aug 29 I'll be posting the second part to 'The Jock' and my last guest of the month, author, Adrianna Kraft will be @ BRB on Aug 31! Thanks so much sweeties! Have an awesome weekend.
Happy Yaoi Hunting!
Blak Rayne ^_^!!
Posted by Blak Rayne Books Blog at 4:41 PM