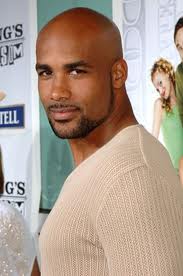 Greetings readers, BL here with another guest post.
Well time is drawing near for my first novella, My Lieutenant to be released. Just sent in first edits and feeling really good about the story. Of course when I did them, LT and Nathan wanted to do part 2 but that won’t be for a while.
Anyways, the release date is set for November 3rd and after this small little character interview we did today, I’ll share the cover and the blurb.
Robin Badillo did one with the LT back in May.

Hope you enjoy it.


BL: Well, I’m sitting with the hot and sexy, LT Bryant Duncan here. Hiya doin’ sir?
LTBD: I’m good, how are you? *shakes my hand*
BL: Fabulous now that you’re here. *licks lips* So, you’re in my story, My Lieutenant coming out from Rebel Ink Press, tell the audience more about the story.
LTBD: Well, basically Nathan Ellerby, my neighbor at that time, comes home and finds his apartment ransacked. Some fools tried to scare him I suppose but I caught them and well, we met and the story follows us as we become closer. I don’t wanna give too much away.
BL: Oh that’s good actually. I wanted the crowd here at Blak’s to know it in your own words. So, tell me about Nathan. I let the audience know of the last one you did where you talk about yourself, what about your man. *winks*
LTBD: Nathan is a card first of all. He’s an artist, who from time to time likes to paint me in the nude. There’s also a couple of times I ended up being his canvas. *laughs*
BL: Ooh that sounds like a scene for our next story.
LTBD: Yep. He’s just a really fun guy and he finally gives me a chance when he finds out I’m really hot for him.
BL: Gotcha, here’s a tough question for you. As a newly outed gay man, why did you stay in the closet?
LTBD: Well, you know how it goes. Gay men are still not accepted as being real men. People who are behind the times, like my father, feel that being gay means weak. I mean, there’s so many misconceptions about gay men and since I was young and dumb, I fell into the trap and kept myself closeted. Also I was scared of what my friends and family would think as well as my status as an officer of course.
BL: Of course. Why did you marry a woman if you were gay though?
LTBD: Trying to hide who I was and am. I mean, I wasn’t comfortable being gay just yet.
BL: How about now?
LTBD: *smiles* I’m very comfortable because I have a good man on my side. I’m finally happy and in love.
BL: Aww, that’s so sweet. Soo, when’s the wedding?
LTBD: Well, we’ve talked about it and when you’re ready to write us a ceremony, the two of us will be ready. *smiles* I’m ready to take him to New Orleans though so, if we stay down there, it we won’t be joined legally. To be truthful though, it really doesn’t matter. We love each other and as long as he is in my life, that’s all I care about. That being said, I’m still happy that NY legalized gay marriage. There is still a long way to go with DADT and then DOMA that needs to be done away with sooner than later.
BL: So true, lastly, give the crowd a little info about the next book?
LTBD: Ah, well, I’m narrating and all I’m gonna say is, it involves my friend Mike and his bachelor party. We’ll leave it at that. *grins*
BL: Woohoo, sounds like fun. Well Bryant, thank you so much for this interview. I look forward to our next book together.
LTBD: I do too, BL. Thank you and Blak Rayne.
Coming from Rebel Ink Press in November 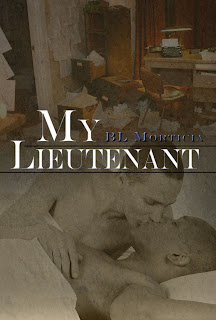 My Lieutenant Blurb:
Nathan Ellerby's apartment has been ransacked by his ex who didn't like the fact Nathan dumped him. Trouncing through the debris uttering a string of obscenities, Nathan's shocked to see Lieutenant Bryant Duncan at his door claiming he's already caught the offender. Sensing an instant connection, when Nathan finds out Bryant's divorced and he's straddling the fence between being gay or bissexual, Nathan finds himself in a quandry...
Although the Lieutenant does everything in his power to prove to Nathan he's worthy, Nathanis afraid tolower his defenses which leaves both men wondering if Nathan will allow love into his life even through his doubts.
Thanks so much for the awesome post, BL! It's great to have you as always. You never disappoint. I wish you the best with up-coming release.
Happy Yaoi Hunting
Blak Rayne ^_^!!
Posted by Blak Rayne Books Blog at 5:03 PM