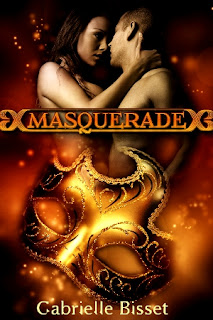 Who is, Gabrielle Bisset?
My name is Gabrielle Bisset, and I’m an author of erotic romance, in addition to being a full time college faculty member in history.
When did you know you wanted to become a writer?
I think I always wanted to write, but I had to put that aside while I pursued what my parents had called my “fallback career”.
Who and/or what prompted you to write your first novel?
I know this sounds incredibly clichéd, but a dream prompted my first novel.  One day, all of a sudden, I had all these ideas for a book.
Where and/or how do you find the greatest inspiration?
I find my greatest inspiration from reading my genres, in addition to classics and especially mythology.  But you never know where inspiration can strike! 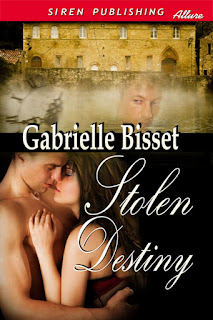 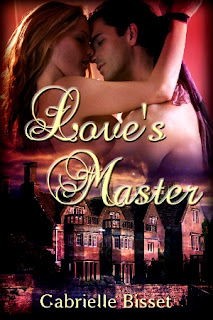 Do you have a method you use to write the sensual parts? Do you prefer the sex to be open and bold? Or left to the imagination?
I prefer the sex to be open, and I would consider many of my sensual parts to be bold.  I don’t really have a method, and I find the characters tend to dictate how a sensual scene unfolds.
Are your characters based on people you know? Or are they completely fictitious?
My characters are entirely fictitious.  How much do I wish I knew men like Varek, Amon, Vasilije, Kadar, and Nikolai!
Who is your favorite character, which you’ve created? And why?
Amon Kalins is my favorite character I’ve created.  In Stolen Destiny, he was the villain, selfish and willing to do whatever he had to get the woman he wanted.  In his book, Destiny Redeemed, I got to make him the hero, but there is still so much bad boy in him even when he’s good. 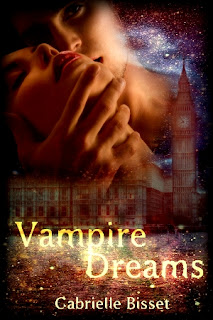 Can you tell us about your latest release?
My latest release is Love’s Master, an historical novella set in Victorian England with a little light BDSM twist.
23 year old Lily finds herself widowed and forced to live with her brother and his family, including his eight year old son William, who is nothing short of a terror.  Sure she cannot go another day with his behavior, she begins to search for a new nanny and tutor for her nephew with little success.  But when she happens across an advertisement in the Times that seems to be the answer to her problem, she is set on a path that will take her where she's never been before.  Victorian England is a place of strict social codes, and the sensual world she enters is strictly forbidden for a woman of her social stature.
Her guide in this world is a man named Kadar, and the feelings he stirs in Lily threaten to change her forever.  However, Victorian society is never far away, and her brother intends on seeing his sister remarried and settled into a home near him in Regent's Park.  Lily will have to choose between Kadar, who makes her feel more alive than she ever believed she could, and Captain Mason Danvers, the gentleman who can offer her security and comfort for the rest of her life.
What’s your newest WIP? And when we can expect a publication date?
My next novella, the last of the erotic romance trilogy set in Victorian England, is entitled Masquerade, and it’s set to be released in late August.  Then Destiny Redeemed will be released in the fall.
How many novels do you have that are currently published?
Stolen Destiny:  http://www.bookstrand.com/stolen-destiny
Vampire Dreams:  http://gbisset.blogspot.com/p/novellas.html
Love’s Master:  http://gbisset.blogspot.com/p/loves-master.html
Where do you see your writing career in the next five to ten years?
I see me writing novels and novellas that showcase strong and sexy heroes and the women they desire.  They may be in historicals, contemporary romances, or more paranormals, but they’ll be erotic romances.
Masquerade blurb:
Annelisa Fielding has had the blessings of wealth her entire life, thanks to her industrialist father.  However, there is one thing even he can't give her: a title.  So he arranges a marriage between his daughter and the Earl of Swindon, Thornton Sutcliffe.  As long as his future bride is a virgin, the Earl will tolerate the marrying down because in return for taking Annelisa as his wife, her father will pay off his debts.  Everyone wins, as far as the men are concerned, but Annelisa wants more out of marriage than a title and is willing to wait.
But she won't be able to wait if she doesn't find some way out of the marriage and fast because the deal is in one month she'll become Lady Annelisa Sutcliffe.  The solution to her problem? Count Nikolai Shetkolov, a diplomat in the service of the Tsar and stationed in England. An honorable man, he's the perfect person to help a young lady lose the one thing her odious future husband prizes most. But Annelisa must watch out or she may get more than she bargained for with Nikolai.
Excerpt:

Thanks so much for joining BRB, Gabrielle. It was wonderful to have you here, you're an interesting lady and, I wish all the success for the future!
Happy Yaoi Hunting
Blak Rayne ^_^!!
Posted by Blak Rayne Books Blog at 10:41 PM