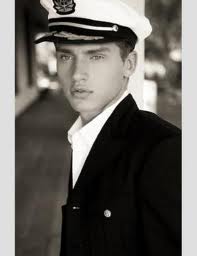 What’s sexy about a man in uniform?
Greetings fans and welcome to another BL post at Blak Rayne’s.
Today, I wanted to talk about how sexy it is to see a man in uniform. In particular, a Navy one.
What’s so great about the matching pants and jacket? Or the cap that fits comfortably on his head? The top one, not the bottom one. *grins*
The style of the jacket that has the rows of gold buttons, making it even harder to remove when you want to ravage him. How about the slacks? Nicely fitted, not hanging off his behind like some younger men wear their trousers. GROSS Nope. Nicely snug in all the right places, especially the crotch.
How about the fact that everything must be in order before they pass “the inspection.” That story is next on the list! *wink* All the armed forces have that but the navy is more spiffy than all the others.
How can you contain yourself when looking at such hotness? I already adore a man in a suit and tie. Yes, I like the rock and rollers but if a hot man was in his Navy garb versus a metalhead, I’d quickly go to the Navy man. 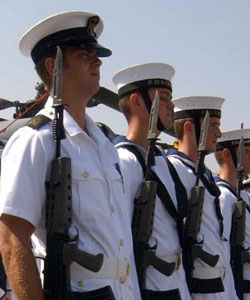 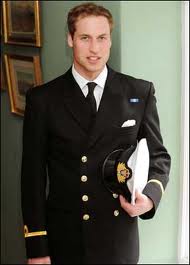 Who are some of your fave men to look at in uniform? Well, I’m not a big fan of Prince William but he looks pretty good here. 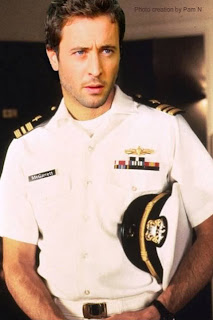 Alex Loughlin? Oh I love this one! He looks great…very sexy! 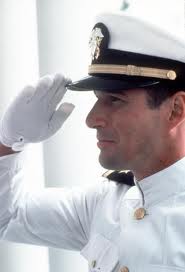 This is classic! Richard Gere in Officer and a Gentleman. HOT STUFF. The movie, one of my faves.
I’m sure there are more but I don’t want to keep rattling. *laughs*
Now, you may ask why I’m doing this post?
Well, it’s a way to let the masses know about my upcoming story, My Lieutenant. It’s about a discharged officer who is exploring his gay side and falls in love with a man in his own building. The catch? This man, Nathan, doesn’t want to be in a relationship with someone that isn’t totally gay.
It’s a hilarious tale with the sarcasm you would expect from this wicked girl!
Let me give you a taste and thanks to Blak for giving me the floor again today.
Later on that evening, I took my Lieutenant to a gay “friendly” club called Rubix. I thought the full on gayness would be too much for him. Seeing guys humping on the wall, drag queens, music blaring; that was even too much for me and I’m already a solidified homosexual.
The joint was laid back. Smells of cigarettes and testosterone permeated the air. It played the kind of music he and I enjoyed most since he mentioned smooth jazz, rhythm and blues, a little hip hop. There were pool tables, televisions for sports, darts, a lot of things I knew a man that was still trying to find himself would appreciate. I didn’t tell Bryant it wasn’t a full gay club. I really wanted him to take it slow and not get wrapped in all the craziness right away.
“Nice…” he remarked as we walked in together, hand in hand. He insisted we did which I really couldn’t refuse. He was too hot for me to say no to.
“Yep, it’s a great place. It’s very cozy. Let’s take a seat over there in the chairs.” I pointed over to the right, patting him on the back. The area was near the bar and televisions. I wanted to be close enough to catch the football game just in case our conversation dragged.
When I let him know I liked sports he was sort of surprised. I told him immediately I wasn’t the gay they showed on stupid sitcoms. There were only certain facets of my personality that could be termed gay. Very few, just the way I preferred it.
As we took our seats, Bryant patted my knee while motioning for the waitress to come over. I enjoyed that he was so touchy but I wondered if he was trying a little too hard just to make me comfortable with our date.
After she walked away, we leaned back on the cushions. His hand found mine and I, in turn, gripped his fingers. Our eyes met again and I lost my train of thought. I tried collecting myself, clearing my throat. “Um, so, tell me about the Navy, married life, all that stuff.”
He grinned, looking down a moment. “Marriage, not fun, Navy, a great experience but one I wouldn’t want to do again. Next…”
We laughed together and I found myself trying to stop gawking. So badly I wanted to take those juicy lips inside mine and ravage him right there but I refused. We didn’t even know each other yet. What the fuck would it look like for me to make a pass at him now? “Okay, well, I mean, the marriage, how long did it last?”
“The duration of my time in the service. I married her right before I joined. We didn’t have any kids. She didn’t want any.”
“I see, and you say you didn’t love her?”
“No.” He moved a little closer to me, placing his hand on my shoulder.
The waitress approached with our drinks, giving me a smile.
He paid the tab. “I didn’t want to. I knew I wasn’t really attracted to women.”
Bryant didn’t wait to reveal that to me. I’m sure the server’s ears perked. Not that it mattered anyway. Or did it?
Another great week ahead. The Canucks won! Yeah! Had to add my hockey bit. Enjoy the weekend!
Happy Yaoi Hunting
Blak Rayne ^_^!!