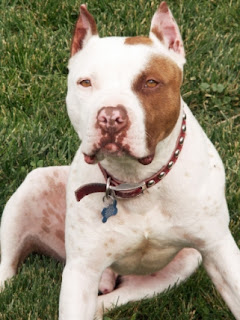 
“I believe this belongs to you.”
Bart looked at me, then at the burglar, then back at me again.
Yeah, Mr. Robb caught me with the help of Bosley. I tried to stay clear of them, the testament to that visible on both of the burglar’s arms. But even I wasn’t able to avoid finally being cornered by a pissed off pooch and his irate master. Thanks to the tags on my collar they knew where I lived. I will say one thing, when Mr. Robb realized he was coming back to the house he’d just burgled a few hours before he seemed to think twice about it. But after sitting in his parked car in front of my home, staring at it for a few long minutes, he bit the bullet, picked up the carrying case he’d incarcerated me in, and walked up the path to ring the doorbell.
“Umm, yes, he’s mine.” Bart pushed his glasses back up on his nose. “Where did you find him?”
“In the alley behind my house.”
What a liar, but I wasn’t able to call him on that of course.
“Does he do this often, running away?” Mr. Robb asked.
“No. This is the first time. He wouldn’t have gotten out if it hadn’t been for the thief who broke in. He must have left the door open while he was robbing me and Socks took advantage of it.”
“Damn. Sorry man. I mean about the burglary. How much did you loose?”
‘Like you don’t know’, I hissed but of course they just thought I was angry at being in the carrier. The burglar looked at it and then handed it and me over to Bart.
“I’m Raymond Robb,” he said, “but most people call me R.R. or Rail.”
“Rail?” Bart looked him over. “You’re far from thin, umm, I mean, okay that didn’t come out right did it?” He turned red and then suddenly got it. “Rail for R.R. like in railroad.”
Rail grinned. “Exactly. And you are?”
“Oh, umm. Bart, short for Bartholomew. Bart Stenet.” He held out his free hand shyly.
Rail shook it, smiling. “Good to meet you Bart.”
Okay, you can let go of his hand any time now.
Bart turned an even deeper shade of red, if that was possible. “Would you, umm, like some coffee or something?”
* * * * *
Everyone needs a dog to adore him, not a cat to ignore him.
I don’t believe this. Rail’s being really, really stupid. He comes back to the car, grabs the leash and hitches it to my collar, telling me to behave. Then he leads me into the nerd’s house. Yeah, nerd. That’s what my master called him a couple of days ago. I think I know what that means now. I mean look at this dude. He keeps blushing, running his hand through his hair till it’s standing on end like a scarecrow. And those glasses. They make him look like a dork. Ah ha. Dork, nerd, got it now for sure.
So anyway here we are in this Bart’s house now and I’m sitting all impatient like next to Rail when what I really want to do is play a little seek and destroy with the cat. The cat that’s lying like he’s king of the roost, all smug and proud of himself, on the mantle above the fireplace in the living room.
“So, Mr. Robb,” the dork says after giving Rail his coffee and setting a plate of cookies on the coffee table, “you must have been out really late last night, or early this morning, to catch Socks.”
Uh oh. Watch it Rail. This dude might be figuring things out.
“Walking Bosley actually. He’s an early riser. He’s the one who spotted your cat. I just got lucky and managed to nab him while Bosley was distracting him. Well sort of distracting. Your cat got in a few good swipes before I managed to get him calmed down.”
“Ouch. I see. I’m sorry. Did you put anything on those? I’ve got all sorts of stuff if you need something.”
The dork startles me when he bounces up like he’s going to drag out a first aid kit or something. So of course I growl and go all protective.
“Is he going to bite me?” The dork moves away, looking like he’s going to have a heart attack or something.
“Naw. He’s all bark and no bite as they say, aren’t you Bosley.”
The look Rail gives me says I’d better sit and behave so I do. For now.
“Honest, he wouldn’t hurt a fly.” Rail smiles at the dork and he smiles back as he sits back down on the far end of the sofa.
Hell no. They’re suddenly looking at each other as if they are hungry and the other one is supper served up on a silver platter. I bark to distract them and the cat actually does his part, hissing as he jumps off the mantle.
article @ Edward's blog. http://edwardkendrick.blogspot.com/
Posted by Blak Rayne Books Blog at 10:59 PM