WHAT DEFINES A VILLIAN? 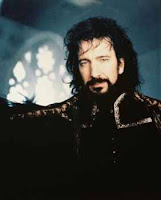 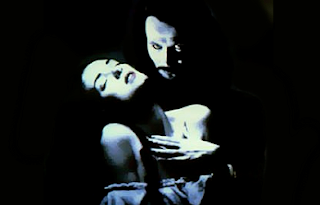 I never really took the time to put this into perspective, but now that I read her list, I have to say, that she’s absolutely correct. There are that many villain archetypes. In my first series I used Stein Anderson, ‘The Tyrant’. He thrilled in bullying one of the heroes. In my latest series there are several villains, but the central one in the first two novels is Algar Flynt, and I’ll classify him as ‘The Sadist’. And believe me, he’s one hell of a sick and twisted bastard. I believe, in order to create the perfect cast, you’ve got to take into account the purpose of the protagonist and equally the antagonist. I also believe both should be opposites, in yet compliment one another. If you have a mighty hero, shouldn’t your villain be just as worthy. A villain doesn’t necessarily need the muscle mass to be effective or intimidating, brains play a large part when constructing your villain. Can he/she outwit the hero? Insanity is another great tool. Insanity provides exclusive unpredictability. I’m one of those people that secretly routes for the bad guy, especially if he’s been dealt a bummer hand.
One of my favourites is Count Dracula, from ‘Bram Stoker’s Dracula’. A girlfriend and I went to the theatre (many moons ago), and at the end when Dracula (Gary Oldman) is lying in Mina’s (Wynona Ryder’s) arms exhaling his final breath, here I am bawling like a baby. And I kid you not everyone in the theatre was staring at me as if I was insane. Okay, I admit, he devoured several people, raped and pillaged, but wasn’t he just a little misunderstood. LOL Another great film–‘The Dark Knight’. Heath Ledger did a splendid job, and I’ve never been a big Batman fan. When it comes to villains I honestly believe a good one makes the show and sometimes that why I chose to watch. What would Harry Potter be with Voldemort? How could Robin Hood save Maid Marion if there wasn’t a Sheriff of Nottingham? When you write take into consideration your villain and what has influenced his life. The bad guy needs a history no different than the hero. It makes them believable, someone we can relate too. A great story needs a great villain, just as peanut butter needs jam!
Happy Yaoi Hunting
Blak Rayne^_^!!
Posted by Blak Rayne Books Blog at 1:00 AM