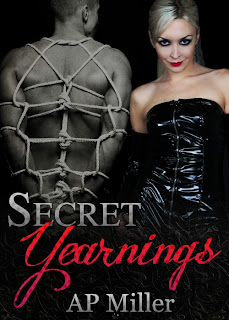 It's May 27th already, another month and half a year has flown by. Where does the time go? Not sure, but it's moving pretty damned fast. Thanks so much for stopping in sweeties. Today author AP Miller is @ BRB! Welcome AP and thanks for taking the time to chat with me!
1. First and foremost, who is AP Miller? Tell us about yourself or should I say selves? LOL
We are the, best selling, award winning writing team of Andrew and Patti. We write science fiction, fantasy, historical, contemporary, YA, children’s books, paranormal, urban fantasy, gas light Victorian, mystery, thrillers, horror, BDSM and gay/lesbian.
2. When did you know you wanted to become a writer(s)?
Patti: We both actually knew we wanted to write at very young ages. For me it was in my blood. I read Middlemarch and the Buccaneers when I was twelve.
Andrew: I grew up reading, not so much because of my schooling as in spite of it. I used to sit in class plodding through politically correct rewrites of classics (I was fifteen before I found out that Tom Sawyer’s nemesis wasn’t originally named “Outlaw Joe”), waiting to go home and read Robert Heinlein, Anne McAffrey, Harry Harrison. I loved it so much I wanted to start writing stories as well, and so now I do. 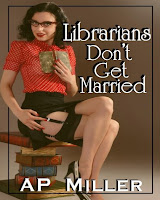 3. Who and/or what prompted you to write your first novel?
Patti: I had been reading romance novels for a very long time. I started writing them in the eighties and had my first publication in NY with my Thief of Hearts trilogy. But I had been inspired by Colleen Faulkner in the early nineties when I began writing erotica.
Andrew: I had sent out short stories to publishers and been rejected repeatedly (and justifiably), when I decided to give the often derided (and often justifiably so) genre of fan fiction a try, to practice and hone my skills. The result was an online novelization of the Genesis classic “Shining Force,” which received considerable acclaim and where the sequential chapters showcased my developing literary skills. It took over two years to write, but I was vastly improved by that time.
4. Where and/or how do you find the greatest inspiration?
Patti: My inspiration comes from photos. I have a muse in every genre I write in. I find that looking at one particular set of photographs for my horror works well for me. Music is another part of inspiration for me. But sometimes I can be in a restaurant listening to a conversation behind me and I get an idea.
Andrew: My inspiration can come from pretty much anything and everything. I once watched the Samuel Clemens award being given to Bill Cosby, and when a black folk singer described hearing his song on the radio, then had to shut it off and hide from racist thugs, it had my mind awhirl with an epiphany regarding evil and the compartmentalization within a person’s mind, how they can be so evil at one moment and still consider themselves a good person in another. Of course, I can also look at a hentai picture of a woman being taken in a bathroom with her phone laying on the tile and ask what story is going on there, who that woman is, who the man is, who is on the phone, what brought them all to this point. Inspiration may be found in anything.

5. What made you chose to write erotic literature in particular? And is there any other genre you’d like to write? And if so, why?
Patti: My sex scenes have always been risqué, so I figured why not? It’s simple for me to jump from genre to genre since I am well versed in many of them.
Andrew: Even as a teenager I was never particular impressed by the gratuitous violence in mainstream fiction and media; when my older brother insisted on taking me to see Lethal Weapon 3 (because he was baby sitting) I slept in the chair while my brothers enjoyed the show. I spent my teenaged years in the 90s, what is now called “the Dork Age” of comics and films, where buckets of blood and hundreds of innocent bystanders were considered “gritty realism.” By contrast, consensual sex? Scenes of pleasure, and intimacy?  In one of my stories I wrote about a young bride being gang banged by every man in the club she belonged to, while her husband sat in a chair being pleasured by every woman in the club, and I quite enjoyed doing so. In another I describe the massacre of a group of innocent people save for a child who is captured and imprisoned, and that was extremely difficult to write.
6. Which appears first when contemplating a new project: A character, the plot and/or the title?
Patti: I start with the title. I am a character driven writer so introducing my character from the very beginning next is a strong plot point for me. I allow my characters to write the story as I write along.
Depends on the story, realy. Usually I start with a general plot concept, then start focusing on the characters. Often the characters become something too interesting to alter, and so the plot ends up being changed to accommodate these interesting characters.

7. What’s the hardest part of a novel for you to write: Beginning, middle and/or end? Why?
Patti: For me I sometimes find myself getting stuck in the dreaded middle until I hit a point where my character wants to go somewhere else.
Andrew: Likewise. They say the last ten yards of a race are the toughest. I disagree – it’s the middle slog, when you’re no longer fresh from the start but the end isn’t yet in sight.
8. Has your own life influenced your novels? And if so, how?
Patti: I get asked this question a lot. If my own life influenced my novels that would be quite a story to tell.
Andrew: you should always write what you know about. Stories inevitably reflect the mindset, beliefs, and experiences of the storyteller. That’s why every generation’s version of Robin Hood has shown a distinct alteration from previous examples, as the original trickster and capricious rogue slowly but steadily morphs into a heroic defender of the poor and oppressed.

9. Writing sex/romantic scenes can be a challenge for some authors. Do you find it difficult? If yes, how do you compensate? If no, where do you draw your inspiration?
Patti: I don’t find it difficult at all, as a matter of fact the words just flow through my fingers.  My characters make me do it!
Andrew: sex scenes being difficult? Hardly. As long as I arouse myself, the scenes flow readily. And when Patti is aroused by reading about fetishes and kinks she normally finds a turnoff, I know I’ve done a good job.
10. Do you have a method you use to write the sensual parts? Do you prefer the sex to be open and bold? Or left to the imagination?
Patti: I am a very graphic writer when it comes to sex. I believe there is only one way to write the words when it comes to any erotic novel. Let’s face it, we all know where babies come from and how they got there in the first place, why be shy about it?
Andrew: Please bear in mind that I hearken to traditional Jewish beliefs regarding sexuality. Not only is lust not a sin, but Judaic teachings hold that sex can actually be akin to a prayer, a sort of cosmic ménage a trios between man, wife, and the Almighty. I like my scenes to be bold, open, and descriptive. However, I also believe they should be respectful and important to the plot itself. I no more care for gratuitous sex than I do gratuitous violence. Sex and violence, life and death, both should be featured because it must happen, because things have built up to the moment, and the readers ought to be a very much interested in seeing this specific activity take place between these specific characters. Whatever bodily fluids are involved, whether procreation or destruction, the readers ought to be emotionally invested, or it’s no good.

11.Are your characters based on people you know? Or are they completely fictitious?
Patti: All of my characters are based on fictitious people, but likewise if I’d answered that…
Andrew: I’d answer that, but I don’t want to get sued.
12. Who is your favorite character, which you’ve created? And why?
Patti: My favorite who will be introduced later this year is my vampire Mordechai. I can’t tell you why with out leaving a spoiler!
Andrew: probably a toss up between Lisa Huntress, the highly competent and brutally capable yet emotionally damaged bounty hunter of the distant future, or Maitreyah, the unexpectedly pacifistic hero of the fantasy novel slated to be finished and released sometime this year. 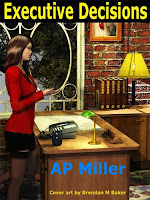 13. Can you tell us about your latest release? Give a synopsis.
Andrew: Secret Yearnings is a short story, likely the first of many such that can be expected. I’d rather not give away too many spoilers, but the title references the underlying theme of how we all have desires that we ache to satisfy in private, yet would be ashamed to have publicly revealed. And with it, the underlying question of “why do we feel shame about these things?”
14. What’s your newest WIP? And when we can expect a publication date?
Patti: I have many different projects going at once. No publication dates yet. I don’t like working on deadlines. Once the books are done they will be headed to publishers.
Andrew: That would be Unpredicted Prophecy, a deconstruction of fantasy tropes that I find quite abhorrent, as well as a return to earlier, almost archaic science fiction stories that emphasize exploration and the illuminating effects of knowledge and concepts. Yes, there will be bloodshed. No, there will not be races designated as “always evil hero fodder.” 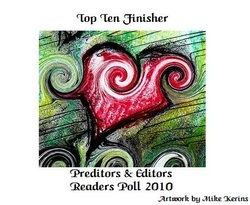 You can find us at:
Our books are on Amazon, Barnes and Noble both in print and ebook formats.
Posted by Blak Rayne Books Blog at 10:58 PM