Let’s get real here–nothing in life is free. 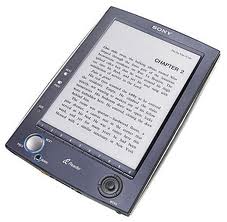 So here’s the big debate and latest in gossip from around the globe. Some no-name author, rejected by publishers numerous times, self-publishes her own books and makes a fortune.
Number 1 - Does this girl have talent?
Honestly, I can’t say because I’ve never read anything she’s ever written. But there are a lot of conflicting opinions on the Internet. Most think she’s a flash in the pan while others believe she’s actually not that bad, and may have a future in the literary world. Okay, my opinion–it is irrelevant people. Look at the facts. When you really get down to the nitty gritty there are two significant components that don’t seem to matter too much to the general populous, whether you’re a decent writer or whether you can put together a cohesive story. Because the truth is you’re never going to please all the people all of the time.
Number 2 - Did this girl have a major marketing campaign?
No. According to the tabloids, she was dirt broke, existing solely from paycheck to paycheck. What she did do was list her books on Amazon with her own store front and then allowed sites to review her newly released books. Well that’s a really good idea that most of us have already done. Every writer newbie or veteran knows you must do constant promo. Publishers do their part but a lot of the promotion is placed on the author’s shoulders. It’s time consuming and exhausting, but such is the life of an author.
So far we’ve covered talent and marketing, and neither seem to afford us a reasonable explanation for this young woman’s rapid rise to fame. What is it then that makes her so special–so JK Rowlingish? And you’d better believe it sweeties, that’s who everyone is comparing this writer to–another Harry Potter in the making. Make a cool million on the Internet and suddenly you’re the queen of the publishing world. 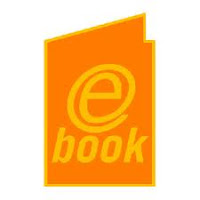 Here’s the reason she’s rolling in it, and whether she realizes it or not, she’s a marketing genius. She sold her books at $0.99 to $2.99 each! And who says money doesn’t talk and bullshit walks. She figured that if she kept the prices reasonable she’d sell. Well duh! No matter what anyone says, every last person on the planet there will sacrifice quality for the almighty buck! If you can save $1.00 you’re all game! And I hate to say this, but for the majority of the populous this rings true.
Now here’s the main conflict…everyone says that Ebooks are too high priced–that they’re not worth what they’re priced at. Did the author, editor and cover artist put any less effort forth when the novel was created? Absolutely not! It costs to produce a book. There’s the ISBN number (little secret, it isn’t free), the copyright (shit this costs too) and then there’s listing it, the editors time and so on, and so on.
The problem is, we as humans, want something tangible to hold in ours hands– something that shows where our money has gone. We worked hard for that buck and we want confirmation of where it was spent. Ebooks aren’t a tangible item–well actually they are, but not in the traditional sense. Real print books are tangible. You can touch them damn it! Okay but let’s get real people, print books are very wonderful, I agree, but they are an environmental hazard just waiting to happen, plus they’re expensive now and I hate to say it, even more so since the arrival of Ebooks. Where does that leave the issue? Well, Ebooks and the whole concept of digital media are here to stay folks. It is the wave of the future and it will become even more apparent as time goes on. But does that infer that said items, like an Ebook, should be priced any different from a traditional print book? Again, I hate to say this, but looking at it from my side of the coin, NO certainly not! I write because I truly love it, but I also would like to reap the rewards for my labour.
Happy Yaoi Hunting ^_^!!
Blak Rayne
Posted by Blak Rayne Books Blog at 2:51 PM