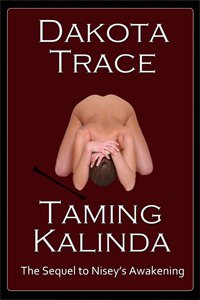 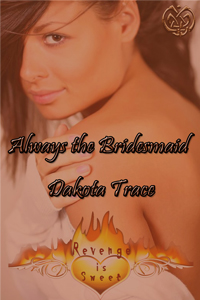 14. What’s your newest WIP? And when we can expect a publication date?
My newest WIP is an anthology that I’m working on for Eirelander Publishing. It’s loosely titled Darkest Submission. It’s centered around three short stories that are paranormal with a BDSM flare. The first story is about the Roman-Celtic God of War and the half demoness who challenges him, and loses only to become his slave and TrueMate.  The second and third stories are of his twin sons. One ends up paired with the daughter of Bilé (that’s the god of hell) while the other finds his TrueMate is a Banshee.  It has a tentative release date for April of this year.
15. How many novels do you have, that are currently published? Please list all the publishers, so the readers can locate you.
Wow, well I’ve stopped counting. I know I have  dozen or so right now with Excessica Publishing, one with Eirelander and several with Written Expressions.  My most notable ones at the moment are Nisey’s Awakening and Just Between Friends with Excessica, Only His with Written Expressions and Always the Bridesmaid with Eirelander Publishing.
Links to find me:
My website: www.dakotatrace.com
Excessica Publishing:
http://excessica.com/store/catalog/index.php?manufacturers_id=28
Eirelander Publishing: http://www.eirelander-publishing.com/Authors.aspx
Written Expressions: http://store.e-written.com/DakotaTrace
16. Where do you see your writing career in the next five to ten years?
Still writing I hope and selling a few books.  I’d love to be able to support myself with my writing but I have a feeling until my kids are raised and gone, that’s not going to happen.  I do have one goal though. I’d love to make to it to a Romantic Times Convention as an author. But considering I’m in the middle of Hicksville…that might have some doing.
Very friggin' awesome interview Dakota - holy crap the whorehouse wow! Now that does explain a lot! LOL It was great to finally meet you and I did learn more about you. I'm working on a serial 'The Fallen' for RLJ that will be posted this spring (I mentioned previous that you'll be able to read it in the RLJ blog), anyway, Dakota was the one who created the cover for 'The Fallen' and she did a wicked job. I can't thank her enough.
Next up is Edward Kendrick, his interview will be on Feb 11th - and what a sweetheart this man is! Seriously! I can't wait for you to meet him.