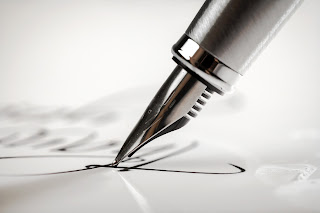 Aside from the plot and setting, characters are crucial to any story. They are the reason we read books. What would Hogwarts be without Harry Potter or Voldemort? I dare say, a boring old school of magic. Whether it’s the protagonist, antagonist or the deuteragonist or even the tritagonist, characters are the foundation, and every aspect about each one deserves careful planning. I love character-driven stories more so than plot driven. When I pick up a book, it doesn’t matter how well executed the plot is or how wonderfully written, if I can’t relate or sympathize or at least feeling some emotion for the main characters, I’ll toss the book.

Here’s a list of things you should consider when developing your character(s).

Characters usually fall into one of three categories: primary, secondary or minor. And the category usually determines each character’s role. For instance, the primary character is generally the protagonist and secondary to the protagonist is the antagonist.

1. What category will the character fall in?

Of course, once the writer has decided who is who the next step is character construction, under which some questions have to be answered. Remember there are countless external factors that will determine the physical structure and appearance of a character, even the clothes they wear: sex, age, climate, terrain, diet, species, religious beliefs, political beliefs, financial status, sexual orientation, race, occupation and so on.

Then comes the psychological choices such as the character’s personality (tick, quirks), language, the pattern of speech, motivation and name.

5. The pattern of speech?

The last part to character creation is dimension. And what do I mean by “dimension”? Think of the character as an onion (yes, everyone uses this analogy lol), and to fully understand him or her, each layer has to be peeled away. This process is where the dimension lies. The character’s internal problem or personality conflicts with the character’s external circumstance or their actions.

Before I begin to write, I usually have a good idea as to who my character is along with their name, a basic plot outline and setting. They may not be 100% fleshed out at the start, but they are a solid presence in my mind. As my writing gains momentum, everything about them gradually becomes more concrete. Logical choices are essential. Part of my process, which I can’t recommend enough, is to keep notes. I always have a notebook on hand to scrawl out information, whatever tidbits come to my mind. Nobody else can read my script, but that’s fine because my notes are for me.

Blak Rayne
Posted by Blak Rayne Books Blog at 1:00 AM