Welcome to BRB, everyone! Today’s post is something I’ve always wanted to share but never got around to it, until now. I think I’ve read somewhere in the region of four hundred manga to date and that includes everything from action-adventure, science-fiction, fantasy (my ultimate fav) to adult. And the subgenres are virtually countless. I’d have to say, I prefer dark drama, but then I can’t ignore a good mystery, comedy or a sweet romance. As for anime—series and movies—don’t get me started. Honestly, I have no idea how many I’ve watched throughout the years. As time goes the number continues to rise. This doesn’t include all the other books I’ve read or plan to read. Anyway, you get the picture.

So, after reading so many manga (yaoi included), I wanted to compile a list of my all-time favourite semes, otherwise known as “the attacker” (the top or tachi). This doesn’t mean I don’t like the ukes: “the receiver” (the bottom or neko) but if the seme has a heart, is devoted and not a total prick, as many are, I’m a fan.

Now, other yaoi fans might question my choices. And, trust me, I don’t like rape (a common theme in yaoi); it’s unrealistic that the victim would ever come to fall for their rapist. Having said that, I admit some of the characters on my list weren’t wonderful in the beginning and treated the ukes badly, but I believe in redemption and there are several listed that did redeem themselves. And, I must mention, even though it’s not uncommon to see a big, gloriously handsome older seme, that isn’t always the case. Nowadays, the seme can be everything from introverted to unassuming, younger to a whiner, crybaby and smaller in stature. It’s a mixed bag. So, whatever your flavour, I’m positive there is a seme out there for you. :) 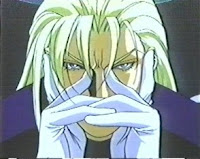 1. Blond Master Iason Mink (sadistic and taciturn, but loving and protective in the end). Ai no Kusabi is a dark sci-fi tragedy. In Iason Mink’s world blonds’ rule. But Iason has a problem, he can’t stop yearning for his pet, the defiant Riki, a beautiful black-haired street rat. Their relationship is a huge no-no, as they are essentially master and slave, and love is the biggest faux pas of all.

2. College Student Kei Enjouji (smart-ass, persistent and a pervert, but loving). Kizuna, is a romantic drama series that spans many years of the main couples’ life together. Kei Enjouji falls in love at first sight with fellow middle school student and Kendo prodigy Ranmaru Samejima, a gorgeous but cold young man. Determined to have Ranmaru, Kei is relentless in his pursuit and in time their friendship turns into lifelong devotion.

3. Crime Lord Asami Ryūichi (tough as nails and cold, but easily manipulated when in love). Finder Series is a yakuza type drama. Crime lord Asami Ryūichi is a typical domineering, cruel seme. He catches twenty-three-year-old freelance photographer Akihito Takaba taking his photo during a business deal, kidnaps and rapes him as punishment. And from then on, he and Akihito are continually drawn to one another.

5. Police Detective Yajima (rough around the edges, but caring and sincere). Crystal Harem is a two-volume manga where longtime police detective Yajima meets Ryo, a young attractive pick-pocket and they embark on a series of criminal investigations to gradually fall for one another, and Yajime finds out they have a past.

6. Yakuza Kazuhiko Sakaki (strong, cool and collected, but a straight-shooter). Heart Strings is a playful romance between Kazuhiko, soon to be mob boss and number one host Yukinari Shinohara from the For-Princess club. After meeting by accident, Kazuhiko is drawn to Yuki’s straightforward honesty and decides he’d make an excellent yakuza wife.

7. Make-up Artist Tatsu (average guy, talkative and sincere). Sayonara, My Friend is a two-volume touching romance with additional stories, but it mainly focuses on make-up artist Tatsu and his burgeoning relationship with ex-model and co-worker Hajime. Hajime isn’t the most sociable guy, but Tatsu goes out of his way to become his friend and change his attitude, and in the process, this pair of straight men fall for one another.

8. High School Delinquent Rutta (mouthy, tough on the outside but kind on the inside, intelligent). Rutta and Kodama is a high school romance that shares the ups and downs of teenage love between delinquent Ruizaki and his unsuspecting roommate Miyagi Kodama. For someone with a supposedly cruel persona, Rutta turns out to be the best boyfriend ever.

9. King Ald (calm and aloof but also a push-over, a man who likes to tease). Tsuki to Yabanjin is a favourite among yaoi fans—gorgeous characters, a good story and lots of steamy scenes. Prince Uriel or Yuri joins an archeological dig with a friend Professor Chalier when he’s chased down and caught by the tribal land’s chief Aldgradurl Al Dura Seldira. The naïve Yuri soon realises his mistake and apologises, which only stirs up Ald’s lust, and that lust quickly turns to love when he takes the young Yuri on a trip he’ll never forget.

10. Prostitute Rodger Brouwer (unassuming, friendly, but standoffish and secretive). In the Gods Arms is truly a sad story that manages to give the reader a happy ending. University student Rodger has no self-worth—treated poorly and abused as a child he prostitutes himself for personal reasons until he meets the spirited Reno, and they become roommates. In time, this pair of equally strong young men learn what real love is all about, and Rodger, although not physically capable, becomes the most endearing seme I’ve ever met.

11. Doctor Yamazaki (tolerant and devoted with a good sense of humour). Shitsuren Mania is a multi-volume series that revolves around Doctor Yamazaki’s relationship with feisty nightclub owner Atsuya and the three years it takes for him to finally woo him. Atsuya has zero confidence and is scared of commitment; once bitten, twice shy. But, thankfully, this seme’s fortitude is amazing, which makes for a great romance.

12. Assistant Professor Youji Kiriya (unemotional, distant and candid). Gravity Eyes is a touching spin-off from the yakuza story A Gentleman’s Kiss. First year at law school Kyouya Kuramoto loses his love interest in A Gentleman’s Kiss only to meet the dark-eyed, aloof assistant professor Youji Kiriya. Youji is the coldest seme on this list until Kyouya peels back the layers of his heart.

13. Famous Author Ayumi Honma (reserved, straight-forward and intelligent). Fushidarana Hanatsumi Otoko tells the story of Ayumi’s love for Kotaro, a university student and relative, who takes care of his apartment while he works. The adorable Kotaro is constantly hit on by other men, especially Ayumi’s rival. This seme has uncompromising reserve and always remains objective except when a situation involves his young lover.

15. Salaryman Kuramoto (calm, sweet and doting). In the romantic comedy series Ren’ai Nenrei Kuramoto has it bad for his superior at work Chief Hokuto—a cranky, manizer who drives fear into the hearts of everyone in the office. But Kuramoto is tough and persistent and he knows exactly what must be done to secure his place in Hokuto’s heart. 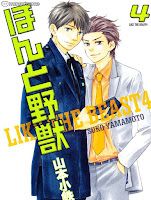 16. Police Officer Ueda Tomoharu (gentle, intelligent, loyal and protective). Honto Yajuu is a long-running series that is both funny and touching, as police officer Ueda Tomoharu is almost forced to fall for yakuza Aki Gotouda, who showers him first with a gift of money, and then by stalking him. This seme didn’t have a chance from the start.

18. Advertising Honjou (kind, honest, a neat-freak and health nut). Ren’ai Shinan is a sweet romance about Honjou, an unwed advertising consultant, who feels the need to find a wife/girlfriend before it’s too late. He’s good at his job, envisioning the client’s needs, but terrible at looking after his appearance, and to boot he’s a virgin. He asks subordinate and friend Akira Hatano, the office lady-killer, to help him clean up his act. Little does he know but Akira doesn’t just change his appearance but also his love life.

19. Broadcasting Jockey Alex (domineering, rude, arrogant—a straight up asshole). BJ Alex is a BL webcomic that I’ve come to really enjoy. Admittedly, from my description of the seme, you’re probably saying to yourself WTF? But, in truth, I had to give Alex a chance, and I’m glad I did. After broadcaster Alex has sex with timid admirer Dong-gyun, he can’t get it up for anyone else. What he doesn’t realise and, this is the best part, he’s falling for Dong-gyun. Never say never! But Alex did.

20. Math Teacher Aoi Hashigami (charismatic, driven and a bully with a dry sense of humour). The Worst Neighbour is a short, contemporary, slice-of-life read, but worth a half hour of the reader’s time. Hashigami has had it bad for his neighbour Ryoya Itakura since his teens. He just can’t get enough teasing in. But there’s a good reason for his bullying, and it’s up to Ryoya to figure it out.