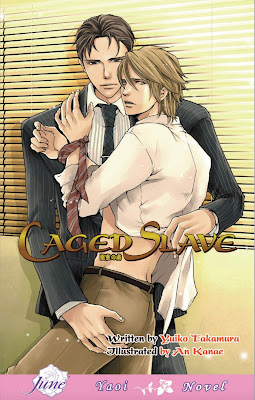 Welcome to BRB, everyone! It’s been a while since I last published a post. This past month has proven to be extremely busy, as I prepare to dazzle the world with my brand-new author website and my forthcoming novellas and novels! Yep, dazzle, all right. The nearer I get to the finish line the more hectic life becomes—courses and conferences—not to mention writing non-stop. But I’m confident all my hard work will pay off in the end. Which brings me to today’s post. I do read as much as time permits. But lately, epic novels have taken a back seat, as I can readily consume a significantly smaller one in hours. That doesn’t mean I’ve thrown away Stephen King’s Under the Dome, I just can’t post a review for it yet.

This is my current list of works in progress.

1. Women’s Fiction novel is complete with a cover, ready to go.
2. The first novel in my science-fantasy trilogy is in the editing stage.
3. My next Blak Rayne novella Rio is nearing completion.
4. The second and third books to my science-fantasy trilogy are also nearing completion.
5. My new author website has been built but requires a bit of tweaking before it goes live and that will be very soon (everything according to schedule).

My brain’s gone into overdrive. But, hey, I love it! So, that’s why I don’t post to my BRB blog as often anymore. And, it’s also the reason I don’t post as many book reviews. Reviews eat away at my time, and I have to delegate my time wisely. Okay, so on to the review. Short and sweet, that's the name of the game.

Written by: Yuiko Takamura
Illustrations by: An Kanae

Tsukasa Shinozaki is at a hotel bar. He’s tired, lonely and wallowing in the painful memories of a broken relationship. The last man he dated, his boss, not only hurt him but was rough in bed. As a result, after their break-up, Tsukasa is demoted to the lowest position in the company, his pride is shattered and his confidence lost. He isn’t stupid, but he becomes anxious about everyone around him and withdraws into his thoughts.

While Tsukasa Shinozaki is drinking, a mysterious man with a jet-black gaze orders them a bourbon each. The man is good-looking, has a smooth voice and silver tongue. And he tells Tsukasa he’s staying in Room 2703—an open invitation. Ten minutes later, even though Tsukasa isn’t interested and tries to resist, he gives in and follows the man to his expensive hotel room. He’s fearful of the physical contact, in yet he’s emotionally screaming for the affection.

They have sex, and to his surprise the intimacy is enjoyable. Thus, he begins to meet the man in the same hotel room on a regular basis. Then not long after, his sex partner, the man without a name, is introduced to everyone at Tsukasa’s place of employment. Tsukasa is shocked to see Takeshima, now in charge of the largest department, standing in the office building. And this is where the real story begins. Tsukasa and Takeshima have an uphill battle ahead—issues with their jobs, co-workers and environment but also Tsukasa’s ex who reviles Takeshima for taking his position.

Caged Slave is decently written; the plot is predictable and straightforward, no different than most romance stories. But I do feel the author’s syntax got lost in the translation. One thing that drove me insane is the dialogue translation of noises Tsukasa makes when he’s aroused and having sex. Most were very strange and sounded almost gross, which almost ruined the intimate scenes. By the end of the book, I didn’t even read his dialogue unless he was actually talking. The illustrations are beautiful, and a nice added touch. This is something I wish all novels had. The characters are likeable—the seme Takeshima is a mystery at first, but the more I learned about him, the more he grew on me. At first, it seems like he’s playing Tsukasa, as many tops do in this kind of story, but that isn’t the case. Thankfully, his feelings are genuine. Regardless of the bizarre noises, odd and sometimes repetitive descriptions, I did enjoy this fast-read office romance. Four stars!