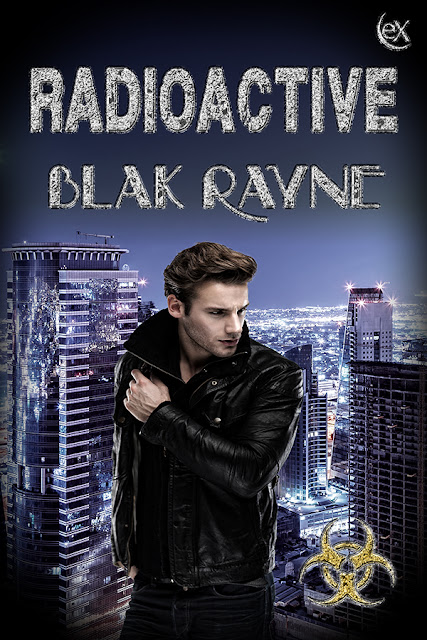 Martin falls for a younger man only to discover they’ve crossed paths in the past, and he’s forced to make a difficult choice.

‘What goes around, comes around.’

Martin Ogilvy has one task to fulfill: fix everyone else’s problems. As a financial adviser, he gets paid to keep his clients in the black. But when it comes to his personal life, he’s always in the red until he meets the attractive, spirited and tenacious Shawn. From the onset, Martin senses they’ve met somewhere before, although it’s an impossibility due to their age difference. However, the more time they spend together, the more Martin wonders if what he feels is real or déjà vu.

The week went by excruciatingly slow. And by Friday, Martin was mentally fried, but at least his house was fully furnished once again. He didn’t have to rely on Ian, and he had recouped his privacy. After his first coffee break in the garden, he returned to his temporary office: a plain room with a view of the parking lot and an oversized oak desk in the middle that seemed to swallow any extra space. The shelves and pullout legal size drawers’ underneath were empty. Yellow stains on the wall surrounded by fading, the type caused by excessive direct sunlight, marked where pictures had been. Rain spattered the window diagonally, a mild summer storm, the water drizzling down to the sill. He hung his blazer on the chair and removed his laptop from his briefcase and got settled.
Ian poked his head in the room. “Are you busy?”
“No. I just got here.” He rolled the chair forward, snug to the desk.
“I thought we could go for lunch.”
“I don’t think that’ll be possible today, Ian.”
“Are you that bogged down?”
He clicked the mouse, opening the first folder from a pile, two feet high. “You’re paying me to clean up your finances, and I need every minute.”
“All right. Drinks later, after work?”
“Perhaps.”
Ian placed another thick manila folder on the desk. “Sorry.”
The door shut, and he tucked in for the long haul. Adding columns of numbers, he calculated from the charter of accounts to spreadsheets. Each file took hours, consuming his energy. He sifted through the newest file Ian had left behind. There was a creak of a hinge, and Shawn appeared inside the office. No warning. But, strangely enough, he wasn’t all that surprised.
“Ah, I’m swamped here, so if you don’t mind…” Martin watched in amazement as the younger man completely ignored him, peeked into the hallway then clicked the door shut as if he was a child sneaking back to bed after a late-night binge. “Are you listening?”
“I heard you. But you really don’t mean it.”
“Oh no…?” he asked with a sharp ring of frustration in his voice.
Cocking a smug grin, Shawn pressed his palms flat on the desk. “I’m not going to give up.”
“I can see that.”
“I’m serious.”
“I gathered.” Martin stared at him in a state of wonder; the kid had amazing perseverance. “Are you for real?”
“One hundred percent.”
“Okay, nonetheless when someone turns you down, normally it means they’re disinterested.”
“Yeah, true, but I know deep down you are interested.”
“Really.” He tried not to smile and leaned backward, elbows planted on the armrests, clicking his pen. “So, how do you know that when I’ve continually denied every offer, you’ve made?”
“Well, if you were really turned-off your gaze wouldn’t follow me, and you wouldn’t be smiling like you are right now.”
He laughed, shaking his head. “I give you credit, you’re persistent.” Shawn dropped a bag of black licorice nibs on the desk. Taken aback, Martin frowned, grabbing the bag, tempted to question where he’d got his information; licorice was his preferred sweet treat. “How did…” He paused and, instead, asked, “What are these for?”
“Something to chew on while working. Have a great weekend.” Shawn grinned, slipping out into the hallway, and the door closed.
“Hmm…you too,” he muttered, tearing open the plastic. Popping a shiny black cube in his mouth, he leaned on a fist and chewed, staring gloomily at the mountain of paperwork he had to finish.
Also by Blak Rayne
The Ideal Side of Love
The Ideal Side of Life
Carson’s Story
Older the Better
The Jock
Tease to Please (multiple authors)
Turkish Delight
Put Your Ho Ho’s On (multiple authors)
Reaper Series
Kiss the Reaper
Maximum Kill
Jack the Anthropophagite
Apprentice Killers
Embrace the Reaper
The Reaper Complete Series
eXtasy Books
Radioactive
Author Links:
Blak Rayne
‘Taking erotic to a sinful new level.’