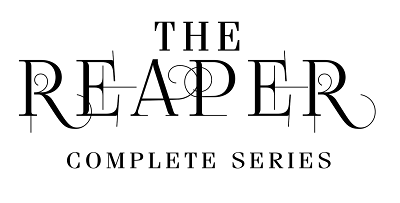 AMAZON LINK
Now in eBook and coming to print!

‘Fate. Love. And the inevitable. Welcome to Z’s world.’

For Z, prostitution is a way of life, but it’s also become his prison. Desperate to forget his ugly existence, even if it’s only once a week, he confides in a john—a mysterious but kind man named Brody.
For Brody, he’s found something special in Z—an innate charm and pure view of the world—qualities he can appreciate. He’s grown fond of Z and comfortable with their routine, but he knows it will soon come to an end.
As Z’s affection burgeons for the unusually altruistic Brody, he discovers the man has a dark secret. Nothing is ever as it seems. 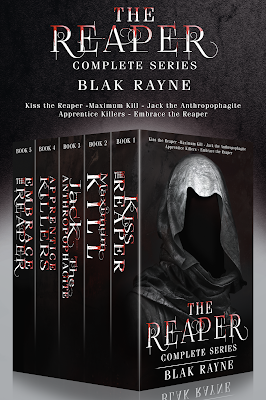 Brody exited the room to the blare of the central alarm, frantic shouts from staff members, doors slamming, and the tremor of movement as guards approached a pair of men who were stabbing each other. He turned west and stepped around a dead woman on the way to the communal showers, where orderlies struggled to subdue a male in his late teens. As he passed the commotion, his eyes locked with the teenager’s, and he knew the kid was an inductee—glazed, lifeless pupils were a definite sign of Doctor Günter’s methods of proselytization. But as the four crashed into the doors, he noticed something else. The kid was holding a steel pipe pitted with rust.
He immediately changed his course, entered the concrete room, shot each orderly dead, then aimed at the teen, who hastily crab-walked back into a row of lockers.
“I know who you are.” The kid stared blankly.
“Give it to me.”
“This?” The kid looked at the pipe in surprise. “What’s a gunslinger like you want with a dinky piece of metal?”
“I prefer well-used things.”
“You really wanna sock it to someone.”
“I enjoy the sound a bone makes when it breaks.” Brody frowned and pointed the gun at the kid’s forehead. “But I also enjoy watching the trail of carnage a bullet leaves behind as it burrows through human flesh.”
The kid laughed nervously, tossing the pipe on the tile floor with a loud clank that echoed off the brick tomb. “Take it. It’s yours.”
“A wise decision.” Brody was scooping up the pipe and heading for the door when he heard a click. Whipping his arm back, he fired, and a bullet drilled the teen’s chest dead center. The kid gulped, wide-eyed, shakily setting a revolver on the floor. “However, that decision was not,” Brody said gravely, as the boy breathed his last. He’d taken no enjoyment in killing him. Perhaps he was losing his taste for it because the only objective he had in mind was to save Zeus. Zeus had become his reason for living—and his pretext to eliminate anyone who stood in his way.
Discarding the gun, he strode out of the communal shower with his newly acquired weapon. No one was in sight. At the end of the wide corridor, he pushed on the exterior exit door and walked into the glow of silvery moonlight and the stale humidity of a muggy summer evening. The alarm wasn’t so deafening outside. He noted several black lumps—bodies lying in the grass—before a gunshot, and the barking of dogs in the distance caught his attention. Studying the forested area, he allowed the pipe to slip a bit lower before retightening his grip. There were four directions he could take, and he chose north. His instinct told him it was the correct path, and he took off running, to be swallowed by the murky woods.
He saw every living thing, frame by frame: the pine needle–littered forest floor, rocks, the gnarled roots of trees, ferns, toadstools, and the white luminosity of tiny, bell-shaped white flowers that perfumed the air with an intoxicating scent. In all the years he’d spent in captivity, he’d never bothered to appreciate his surroundings. But now he noticed the beauty; he was drenched in it. Zeus needed to see the forest. And he wanted to show him. Maybe there’s hope for my wretched soul yet. He smirked and sped up.
Soon the trees thinned, and he came face-to-face with a new challenger. The blond was one of Günter’s personal guards, of German descent, tall and ripped. His body language made it clear he wasn’t about to back down.
“We can either do this the easy way or…” Adalard pitted his fist into his palm and flexed his biceps. 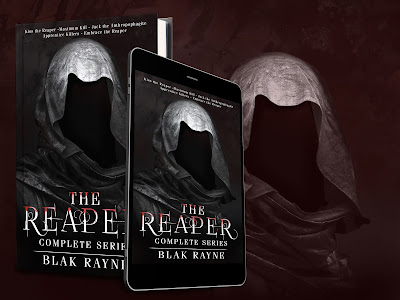 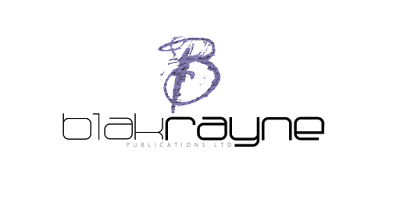 Blak Rayne is an author of gay romance. She loves to write and believes it’s one of the greatest forms of self-expression. What better way to see inside the human soul? Blak Rayne resides in Canada, and yes, she is a woman, wife, and mother. She’s been writing and drawing since elementary school, and she loves anything that involves the arts. As for family, her daughter is her toughest critic and greatest support!

Thank you for reading The Reaper Complete Series! I hope you enjoyed it. Sign-up for my newsletter to receive information on my latest releases, author promotions, news-blog posts, contests, giveaways and special offers. Radioactive, my latest novel is coming to eXtasy Books! Did you know the best way to show an author support is by posting a review? If you liked The Reaper Complete Series please consider posting a review anywhere my books are sold.