According to Baka Updates Kamo Nabako is prolific mangaka with forty some odd titles to her name, and her doujinshi circle (indie comics) is called “CACTY.” I’ve read most of her works and I love her unique art style—large expressive eyes and all around endearing characters, and more often than not romantic story lines. 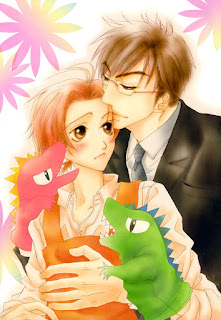 One favourite is Emono no Kimochi. Mutsuki, a teacher, runs a small school with his grandmother. The land where the school is located attracts the unwanted attention of a shady businessman Kisei Ijuuin who decides to develop the land and kick them out. Mutsuki has no intention on giving up without a fight, but when his grandmother ends up in the hospital, he’s left to deal with Kisei alone and a huge debt that they can’t pay back.
Mutsuki is a strong uke—not rude, whiny or an airhead—he just loves the kids and his grandmother, and he’s willing to do anything to save the school. He’s admirable character that panders to Kisei’s truly perverse wishes. But you really can’t hate the shady businessman too much because for his seemingly glacial attitude, somewhere deep down he allows his heart to surface every now and then. 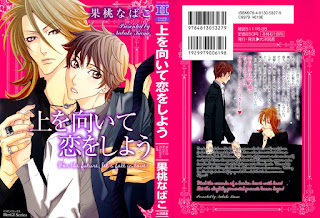 Another yaoi title I like is Ue wo Muite Koi wo Shiyou, the story of a young man dumped by his lover because he’s boring. Then he meets a host club owner who turns his life around.


Kamo Nabako’s work is easy to enjoy with an array of simple stories that have good characters. And although there is some drama and very mild angst, it isn’t too heavy or seriously upsetting. Most of her mangas are listed under comedy, drama, slice of life and romance. 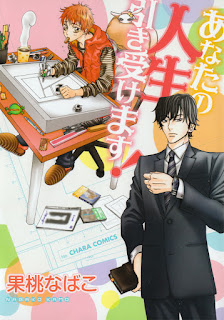