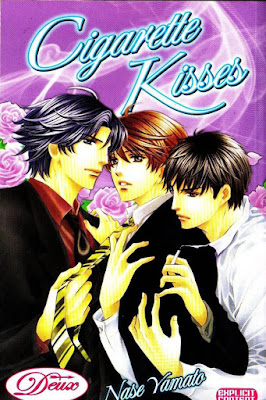 There are a number of authors I thoroughly enjoy reading no matter what they publish: Dana Gabaldon, Lee Child, Agatha Christie, Joseph Wambaugh, JRR Tolkien, Morgan Llewellyn, Naoki Urasawa, Oliver Bowden, Youka Nitta, Kazuma Kodaka, Nekota Yonezou, Naono Bohra, Itto Mentaiko, Akira Norikazu, Akira Honma, Minase Masara, Kotetsuko Yamamoto, Maki Enjoji, Tomu Ohmi, Eda Yuuri, and so on, and so on. Even if one of their books isn’t the greatest, I still find myself enthralled with their work. One such author is a manga artist by the name of Yamato Nase. Her work is consistently well drawn, characters endearing and when she’s at her best, she can weave an emotionally exhaustive plot.
Pet on Duty or Pet Oshigotochuu is one of this mangaka’s funniest stories. Mizuki has just lost his job. Since he’s broke and has nowhere to live, he’s forced to stay with his older brother. But his older brother lives in his company dorm, which means non-employees aren’t allowed. So Mizuki has to live there in secret, and his brother's friends nickname him the house cat. Mizuki is an unassuming klutz who can never seem to get his life on track. He’s young and at times naïve. And while he stays at the dorm he meets his brother’s roommate Turo, a standoffish and unfriendly man who can say some pretty condescending things. Pet on Duty really is a must read for this author. 4 Stars!
Another excellent story is Cigarette Kisses. Yusuke was friends with Soji when they were in junior high, to the point of something more, but to his disappointment, nothing ever happened. Then years later when Soji announces he’s getting married Yusuke’s accepts his fate and tries to move on. Mashahito is the third player in this very emotional drama, where unrequited love occurs on all three sides, and Yusuke has to make decisions he doesn’t want to. This story is a tug-o-war of love between the three men. I enjoyed Cigarette Kisses to the point I started to cheer for the loser, hoping he would win Yusuke over. I don’t know why but when there’s a love triangle I always feel sorry for the third wheel, the one person who seems to love so much but always loses in the end. Cigarette Kisses is touching and beautifully illustrated. 5 Stars!