This story concept was originally formed for a proposed series. Now it has been completed revised, lengthened, and re-edited for Hot Ink Press.

Ethan Ross, the vampire hero, has been in New Orleans since his girlfriend and sire, dumped him in 1922. He's used to the weird undercurrents of the city and now works in StarZ that caters to the supernatural folks. His band, Deep Dream, play there. He's tasked with taking care of the 'ordinary humans' that arrive in the club and he does this happily ...

With a broken heart to heal Ethan swore off love long ago ... that is until starry eyed Anna Prideaux wanders into his life.
Then sparks start to fly ...

She watched him disappear into the gloom. Anna stood and scooped her phone from the counter. She glanced around to check who might be watching her. When it looked like no one was, she quickly followed Marcus. She quickened her pace as she lost sight of him in the swirling mist at the back of the club’s main room. Marcus disappeared.

When she reached where she’d last seen him a shiver spiked up her back. The mist was freezing cold, the air thick with potent. Anna turned away as a weird fear gripped her. She practically ran back to the bar, weaving through the groups of patrons, and muttering, “Sorry,” as she knocked into one, splashed the drink from the glass of another, until she stood in front of Ethan.

His gaze mesmerized her. She wasn’t even sure she actually heard his voice, but somehow he soothed her.

“Anna, it’s time you went home now. You want to go home. You have work to do transcribing the interview with the band. Everything’s fine.”

She smiled at him. “I’m off now. Thank you for answering my questions. Thank Marcus for me. He left.” She gestured toward where she’d run from. A flutter of fear rose in her stomach and then Ethan was leaning forward, his blue eyes capturing her so that she dreamily froze to soak up his low voiced words. 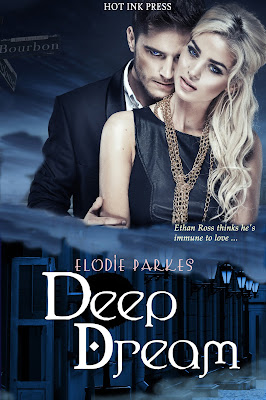 About Elodie
I’m a writer who is in love with happy endings. Currently based in the UK but thinking about joining the next flock of birds I see heading south for the winter.
I love: music, art, flowers, trees, the ocean...
I work with antiques by day and words by night.
Like a vampire, darkness is my friend, that’s when the silence is only broken by an occasional hoot of owls in the woodlands opposite my current home, and I write.
Find me:
Blog  Facebook  FB2  Twitter  Tsu  Tumblr  ManicReaders
Google +  G+  Pinterest  YouTube  Amazon USA  Amazon UK 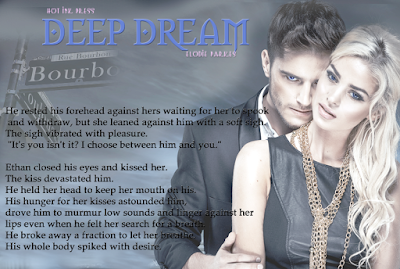