Welcome to BRB, everyone! I've got several very short reviews, one that is perhaps off in left field compared to what I normally read and post, another that is a gritty futuristic story and a contemporary yaoi. Three mangas that are completely different from one another in appeal and age range. Go figure. 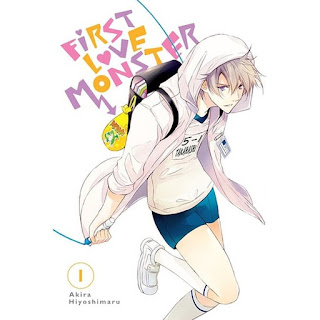 1. First Love Monster by Akira Miyoshimaru is a sweet story with endearing characters, but has a predictable plot. The mangaka certainly doesn't lack talent as an artist, but the main female lead Kaho Nikaidou is extremely annoying. She looks like a five-year-old and acts just as foolish most of the time. I realize this manga was created with a younger audience in mind, but how young are we talking. I understand Kaho has lead a sheltered and pampered life, but still most teens at the age of fifteen are not as gullible and immature as she is. Her fifth grader boyfriend has more smarts. I can't say I love this one or hate it, but I sure as hell wonder how the series will progress with a wishy-washy dull-witted lead. 3 Stars. 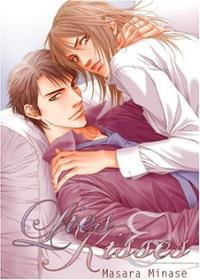 2. I really like Masara Minase, but this time her work hit a sour note for me. Just as the title states there is a lot of deception and sex between Tatsuya and Haru. From page to page, the story weaves back and forth, twisting truth with lies, as these young men fall hard for one another, even though they don't know if they're really related or not (half-brothers). The art is great and the story interesting, but it turns out they are in fact half biological brothers, which means the underlying theme is incest. In the beginning, according to the plot, I thought they might be step-brothers, which I don't care much for either, but can tolerate. Certain sexual fetishes turn me right off and incest is the biggest one. I don't care what combo it is, it just wigs me out, and unfortunately this book wigged me right out. So the only reason I give it three stars is because of the art, character development and plot. Period. As for the incest, no thanks. 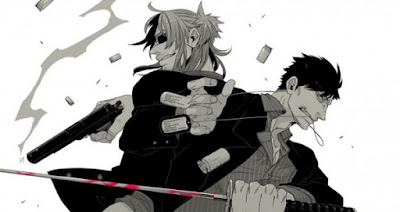 3. Gangsta art and story by Kohske is a dark manga series, and definitely not suitable for everyone. Set in the city of Ergastulum, "Handymen" Nic and Worrick take on jobs no one else is willing to handle, but for a price. Kohske's nonconformist characters leap from the pages, each with a questionable past and intriguing personality, which sets the tone for the entire series. Although the pace is a little slower than some action/seinen/mature/romance mangas I've read, I have still enjoyed the story thus far and really look forward to the anime. The art has a gritty masculine feel, and I love the book covers. I purchased the actual books and they are trade paperback in size, and the print isn't so small that you need a magnifying glass. And if you read manga as much as I do you know exactly what I mean. Anyway, if you're in the mood for something different, seriously, look no further. Gangsta has it all--the pimps and whores, killers, weirdos, gangs and mobsters--a totally enthralling read. 5 Stars. 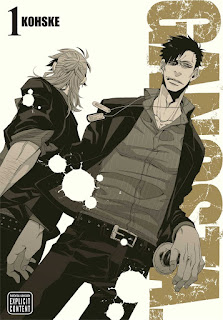